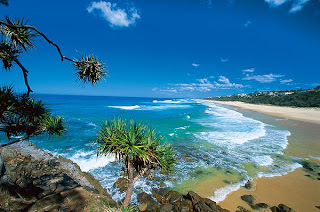 WHAT CAME FIRST – THE MOLECULE, THE ATOM, THE EGG OR ADAM?


“MasterChef” kitchen doors are bolted. The curtains are drawn. Its blinds are shuttered for another year. The freezers have defrosted; its refrigerators de-chilled. Overworked gas ranges are switched off; cluttered stainless steel benches bare and cleaned to glistening new again; the oil and food-splattered floor, swept and mopped. The pantry, finally devoid of stock, takes a breather before the next influx of contenders.

Matt dispatched his cravats to the dry cleaner, and, in the meantime, has joined Jenny Craig. Gary and George were last seen riding off on the red scooter to “The Press Club” for dinner! Elvis has left the building - and we’re left with a gap in our television viewing!

Like millions of others, once again I became engrossed in the show. Night after night I experienced jaw-dropping moments and edge-of-the-seat panic as the clock mercilessly ticked away, considering no one. I growled in frustration when Callum let the custard boil over and burn; couldn’t believe my eyes and cringed at Aaron’s scone-making efforts; laughed along with Alvin’s humorous comments (he’d make a fortunate marketing his white-rimmed glasses); empathised with the tears and disappointments; shook my head at the “accident-waiting-to-happen” Jake. He shouldn’t be allowed near a knife - ever! I shuddered every time I saw him pick up a knife or tried to shuck an oyster! And he wants to open a seafood stall (or has done so, I read somewhere)! That's a worry!

I felt the pride of achievement and the thrill of the challenge. A lot of what this year’s contestants had to produce the majority of us wouldn’t even dream of attempting in our home kitchens, me included! However, it was interesting to learn about molecular gastronomy. I felt it an honour to watch one of the geniuses of that method, Heston Blumenthal, the self-taught chef and owner of “The Fat Duck”. I can imagine how the contestants felt being in his presence. Jonathan’s reaction with a smile as wide as the Great Australian Bight said it all! “The Fat Duck” is a three-Michelin star restaurant in Berkshire. It was voted the Best Restaurant in the World in 2005, followed by the Best Restaurant in the UK in 2007 and 2009 – not bad for a cook! Many of the best cooks aren’t chefs! Two excellent examples are the iconic Maggie Beer and Stephanie Alexander!