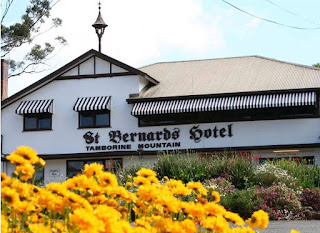 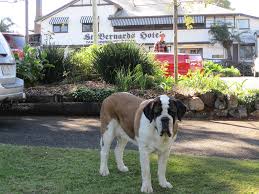 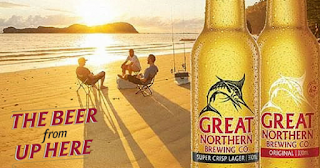 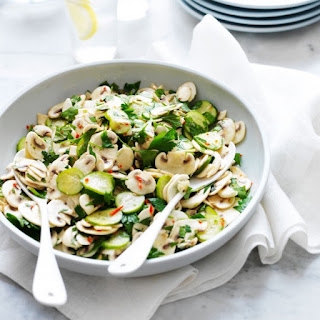 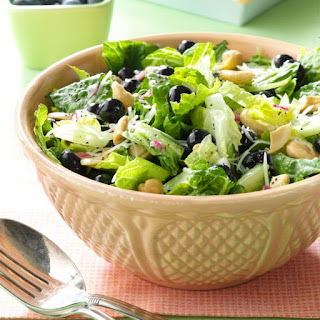 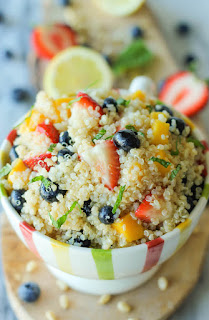 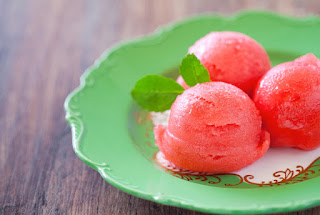 What did you expect?
Monday, couple of weeks ago, I was escorted...not from the building...but out to lunch by two exes of mine.   My ex-husband and his brother...my ex-brother-in-law...were my two gentlemen escorts.

Off to the legendary St. Bernards Hotel up here on the mountain for lunch we went.  The lads swung by in my ex-brother-in-law’s four-wheel drive (SUV) to pick me up...almost literally, too.  The damn thing was so high climb into, (and out of...and then back into and out of again on the return trip)!  With my stubborn hips, I made quite a spectacle of myself!  It gives me pleasure to give others pleasure...what a hilarious sight I must have made!  Who cares...not me!

The hotel is the home of two magnificent St. Bernard dogs who deign, lazily, to open an eye or two as patrons enter the establishment - before promptly ignoring the intruders...and then, succumbing to slumber.  Peacocks, too, at times, are seen roaming around the grounds.

The excuse for our get-together was a birthday celebration ...of all our birthdays. Combined, they add up to an excessive number! Any excuse is better than none is one of my many mantras.

It had been a while since the three of us had sat down together and exchanged stories.
I was exceedingly glad I followed the fellows’ lead, and did as they did, choose a cold beer.

It was the first time I’d tried a Great Northern, brewed by the Great Northern Brewing Co., our neighbours, down off the mountain, at Yatala.

I’m way behind the times, but don’t spread it around.  I’d not heard of Great Northern beer until that special Monday.  I like to think I’m up to date and “with it” - obviously I am not.

Upon taking my first sip of the cold, golden lager a gasp of pure delight issued forth from my grateful, parched palate.  Great Northern is what we Aussies call – “a good drop”.

To extol Great Northern lager...it excels.  If only beer always tasted like that first mouthful...pure bliss!

My head is lowered in shame as I express the following...

During any given year the only time I visit St. Bernards Hotel, which is situated only 2kms away - thereabouts - from where I live, is on the eve of Melbourne Cup Day to place a bet or two...and then, as has been my good fortune, or genius selecting, not in mourning, I return the following morning to collect my winnings.

I realised the other day the last time I lunched and enjoyed a drink at the grand old pub was around 15 years ago!  Coincidentally, on that occasion, I lunched with my ex-husband, Randall.  15 years between drinks and a good feed at St. Bernards is certainly too long a time.  No wonder I was thirsty and hungry.  I need an extra rap over the knuckles!  Ouch!

It is with sincere praise I write.  The meal I dined on the other day was mouth-watering delicious, as were those placed before my two chaperones.  My ex, Randall dined on tempura-battered barramundi, salad and chips/fries; Howard, his brother, salt and pepper squid, and I...tempura-battered prawns with two very tasty side dipping sauces.  The batter was the lightest, most crisp tempura batter I've ever had the pleasure of eating - and enjoying!

For many years I worked in the hospitality industry. I’ve a clear idea between good, mediocre and bad meals.  The meals the chef prepared for us for lunch that day were...in a word...excellent; worthy of any acclaimed city restaurant.

St. Bernards’ chef can hold his head high in the knowledge he is presenting first-rate fare to diners.  It appears to me others have already cottoned-on to the fact because the place, inside and outside, was busy the day we were there.  The number of “bums on seats” is a distinct indication someone is doing something right.

Clearly, the chef is.  Good on him!

Having spent long, hectic hours in hot commercial kitchens, I know, by personal experience, the pressures on kitchen staff; particularly on chefs.

As we left the premises - again, I wasn't escorted off the premises (I only had two lagers!) - I detoured via the kitchen to express my thanks to the chef, who appears to be a most pleasant young bloke – and a talented one.

He deserves accolades for the work he is doing; for the delectable food he is presenting.  I don’t envy him the heat of the kitchen...I hope he can stand it. From the broad smile on his expressive face when I spoke with him, the chef was standing it that day.

Lunch at St. Bernards was an exceptionally exhilarating, excellent interlude in every way.

Lately I’ve not been in the mood for cooking...so it’s been salad days - in the literal sense – along with loads of fruit and mixed nuts...all in the raw...in reference to the fruit, nuts and vegetables - that is!

Robert Muir built St Bernards House in 1881 on the site of the present Council Quarry on Kaiser Road, as an accommodation house for its managers and staff. He bought almost 2000 acres of heavy scrubland at the top of the southern end of the mountain intending to grow sugar cane when the land was cleared. Mr. Muir was drowned in the flooded Logan River at Yatala in 1887.
Following owners started a village settlement and moved St Bernards to its present site in 1898. During its history, St Bernards has had many varied roles including Post Office receiving centre, in 1915 it became a licensed property, the 1920’s saw St Bernards as a convalescent Private Hotel and an accommodation House for up to 100 guests. The tariff was three pound fifteen shillings per week.
The main part of the hotel (the lounge and public bar) was built by John Siganto in 1912–1914 and its hotel licence was required then.
Today, St Bernards prides itself on its country home-style atmosphere, with great food, good people and the warm ambience typical of a country pub. Summer allows you to escape the heat enjoying wonderful alfresco dining with fabulous views, whilst winter provides a cosy ambience with fireplaces.
St Bernards is the largest and most famous Hotel on the Mountain, located in heart of Gold Coast Hinterland

WHO WOULDA THUNK IT? WE’RE OFF AND RUNNING! 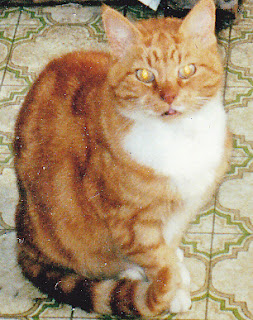 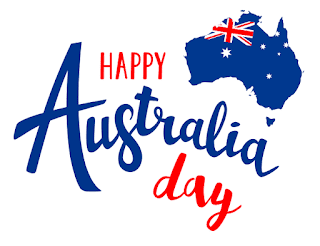 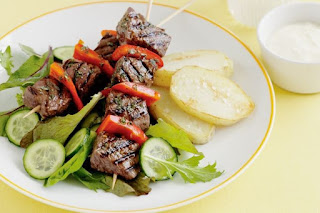 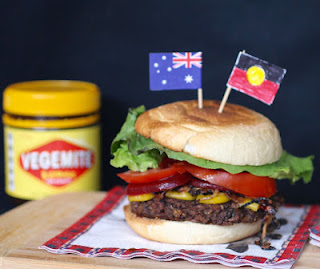 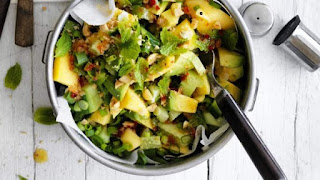 And we’re well underway, having already crossed the starting post.  We’ve kicked off the blocks to a flying start faster than Usain Bolt!

As is my custom I remained wide awake - and upright - to welcome in the New Year.

The worrying news is the year won’t be “New” for long.  Maybe it’s just me, but time doesn’t seem to stick around as long as it did in the past.  Who switched the clocks on to “Fast”!  Whoever it was, I wish they’d take their finger off the button!

By choice, New Year’s Eve 2018 at my place Party Central it wasn’t.

However, I, myself and me, along with my two furry mates... naturally...greeted 2019 as we would any newcomer.  Our best manners were on display...at least mine were.

Although not being in celebratory mode, grudgingly, my two mates joined in as I belted out “Auld Lang Syne”.  Once we’d finished our melodic performance they were over it, and weren’t backward in making their feelings known about me staying up all night long.

I wasn’t up all night long – only an hour or two after midnight. There was no dancing on the ceiling, no dancing in the street, nor was I partying like it was 1999. My roomies reprimanded me for disrupting their efforts to return to slumber.  I’m a wild one!

When I shut the “party” down, called it a “night” and went to bed each let out a loud sigh of relief before prompting nodding off into sound sleep.

If my math is correct  - if my brain isn't stewed, fried, barbecued, grilled or roasted -19 years have flown by since the clocks ticked over to 2000 – the turn of The Millennium. Much hype surrounded the arrival of 2000.

Most of New Year’s Eve 1999, at my then place of employment, "Gunabul", the restaurant/functions’ venue in Gympie, I spent busily preparing hot and cold buffet fare to feed an expected mob of happy, excited, expectant diners keen to celebrate 2000’s arrival.  Added to the mayhem, I had a wedding party to cater for on New Year’s Day - no rest for the wicked!

Personally, I’ve never been keen on New Year’s Eve parties.  They appear too forced for my liking.  People going around kissing people or being kissed by people they really have no interest in kissing or being kissed by just because it’s expected on that particular evening at the stroke of midnight doesn’t light my fire.

I prefer spontaneous, sincere gestures rather than the forced, insincere and expected, surrounded by people I hardly know, and some I don’t know.

Escaping the revellers shortly before midnight 1999, before heading home I made a brief stop-over at a friend’s home.  My friend Joy and her adult children were kicking up their heels at their family home situated on 360 acres on Gympie’s south-side.  The property embraces the banks of the Mary River, as does the land "Gunabul" sits on.

Joy and I have known each other since primary school.  We surfed together as teenagers.  Her youngest brother and my older brother, Graham, had both been lifesavers in the Noosa Heads Lifesaving Club.  My brother Graham passed away 6th June, 1998.  Joy’s husband passed away six months later, between Christmas and New Year’s Eve, 1998. We'd shared in our grief - our loss.

After spending a couple of pleasant hours in the company of folk I like, finally, back at my own home again after a very long day, and night, I found peace within my own space and privacy.

Beneath a starry sky out on my front lawn, I sat, with my beloved snuggled beside me. Together, we contemplated the complexities of life as we watched the sun rise on The Noughties.  We weren’t being naughty, though.  My snuggling buddy was Pushkin, my ginger cat.

He and I had similar tastes in many things, including music. Not fond of Tom Jones, Pushkin was fed up to his whiskers with being asked, “What’s New Pussycat?”

The following day, exercising a will of stone, I remained strong, and managed not to nod off while preparing for, and serving the wedding party of around 150 guests who were due to arrive around 4.30 pm on the afternoon of 1st January, 2000.   The marriage ceremony was conducted in the gardens of the restaurant.

Come the second day of The Millennium, I slept well.  Fortunately, it was my day off.

Being a creature of habit, my eyes have been glued to the tennis throughout January.
The wretched, soul-destroying heat and humidity, like blood-thirsty vampires, have sucked from me every ounce of energy I may have had left.

Don your boardies; grab your surf board; slip, slop, slap; fire up the barbie; better still, sit in a tub filled with ice!

Similar to Australia Day, 2018, a small lane-way soiree has been planned for the afternoon, commencing at 4.30 pm.  And similar to last year, only folk from this little enclave and the one that runs parallel, along with the neighbours - a married couple - on the other side of this property will be in attendance.

It won’t be a rowdy or lengthy affair.  The small gathering of around 14 or 16, most of whom I’ve not seen since last year’s lane-way shindig  once darkness falls,will begin to dissipate.  Everyone will begin to wend their way homeward.  At least, I know I will be a “wender” as dusk descends!

I intend supplying an antipasto platter and a cheese platter, as well as a salmon-sweet chilli dip to graze upon...and I’ve a bottle of Rosé chilling in my fridge.