PRINT THIS! SCAN THAT! SAVE THIS! 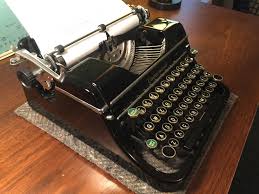 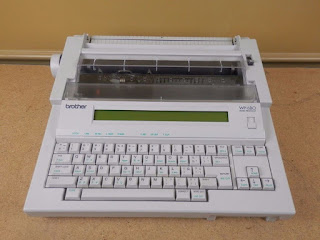 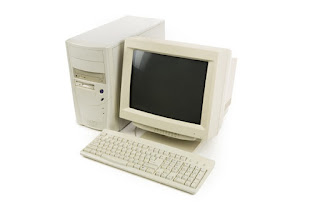 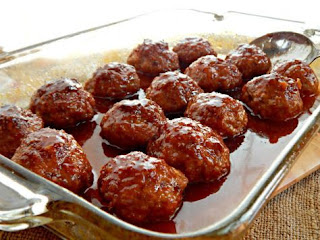 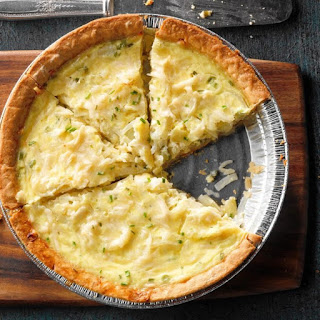 For quite a while I was without a printer because the one I had went on strike...called it a day, refusing to lift a finger...figuratively speaking.   (And, a couple of weeks ago, my electric kettle, which I’ve had for over 22 years, went out in sympathy.  It decided to pull the plug!  It had belonged to my late brother, Graham.  For that reason, I will not throw it away.)

Having no desire to battle the hustle and bustle of the nearby Gold Coast, or the city of Brisbane, I never go off the mountain, preferring to shop locally.   I’m the perfect “lock-down” candidate.  You’ll get no complaints from me about having to remain within my own, by personal choice, boundaries.

My “footprint” on this earth is very small, indeed, even if I do take Size 11 in footwear.   Well, I am... or used to be...a fraction less than 5ft 9-inches tall.  If my feet were any smaller, I’d topple over!   As happens, with the passing years, and with me, naturally, getting older because of those passing years, I’m sure I’ve shrunk in height a little.  My feet haven’t shrunk in length, though,

If I’m unable to purchase what I need locally, I jump online. My fingers do the driving and walking.  I don’t literally “jump on line”.  That would be careless.  If I jumped online, I would then need a new keyboard.  Jumping on one’s keyboard is not advisable. It’s destructive.  If I tried, I’d fall off my desk, for sure!

A few weeks ago I purchased a new, competitively-priced printer from always friendly, helpful Brendan, and his crew at our local Post Office, which is situated in North Tamborine..a lengthy.4.4kms from where I dwell!

I’m very pleased with my purchase.  In addition to my satisfaction with my new printer, to purchase it I didn’t need a border pass, nor was I required to have my Visa extended. ..pluses every which way!

How things have changed over the years...as has the exterior me!

In late 1979 I was in awe of my new-beaut electronic word processor.  My then husband, now late ex, Randall, began his/our real estate agency, a business we operated from our office, which we set up on the lower level of our Sunshine Beach home.  He was the salesman – and a damn good one - while I attended to the secretarial duties, and property management.

My newfangled, fancy-dancy word processor was the ant’s pants. The modern technology was exciting.  Daily...and into the evenings, I was content to be glued to my word processing typewriter with a memory bank almost as good as mine...almost!

The word-processor was a huge...a massive...leap forward from  the manual typewriters on which I’d learnt to type at high school when I was doing my commercial (shorthand, bookkeeping and typing) course.  When I commenced working as a legal secretary the law firm’s typewriters were about on par with the ones as those at high school...maybe a little more modern...just a little.

In April, 1998, I relocated to Gympie after 33 years living and working in various areas throughout Queensland...south, north, east, west, and central.

My first computer entered my life in mid-1998.  Some would, and could say, I was a “late starter”.  Actually, I needed a fair bit of convincing re the computer.

During one of my visits to my ex, who was living on the Gold Coast...I didn’t mind driving distances back then, day and/or night...and, I often did... he insisted on giving me his computer, telling me that I “had to get with the times!”

Randall had purchased a new one for himself.  Rather than sell his older, but still good PC, he ignored my protestations. He packed up the computer, put it in my car, and back home it went with me.  I was glad he won that argument.

I no longer had need for my portable typewriter that had travelled far and wide with me.  It had been my constant companion.

I’d be lost without my computer, and the Internet, the memory bank of which is by far more extensive than mine!  But, then, in all fairness, my computer is much younger than I am! 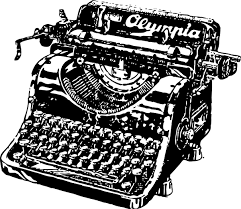 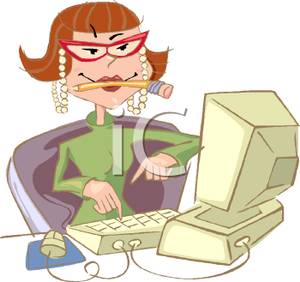 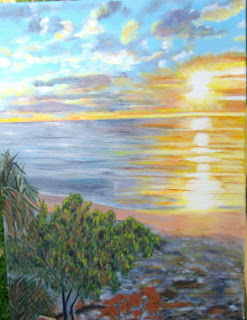 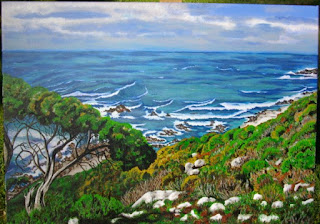 Where do I begin to tell of its wondrous beauty

Colour variations not unlike variables in moods

Brazenly the sun performs its debut in the east

For a brief moment energetic waves are stilled

Birds begin to soar and sing in a joyous chorus

Farewell the elegant serene mistress of the night

As her silver sphere disappears in silent descent

Having bowed in honour of the new day’s birth

Bringing with it a potpourri of hopes and dreams 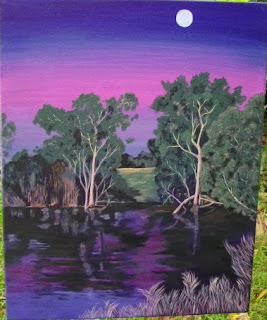 A layered curtain slowly falls upon another day

Delaying its departure a spectacle of brilliance

On the horizon the final glimmer of the fiery orb

Day sleeps as the mystic mysteries of night unfold 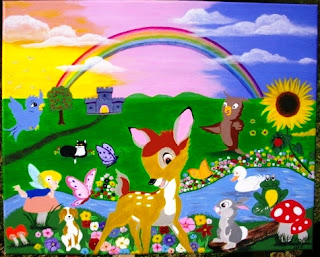 Paintings and Verses by Me...aka...Lee