LOST FOR WORDS – BUT HOPEFULLY STILL ON THE BALL! 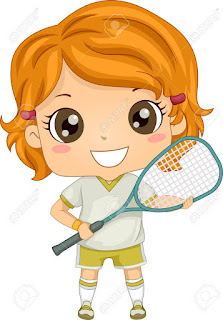 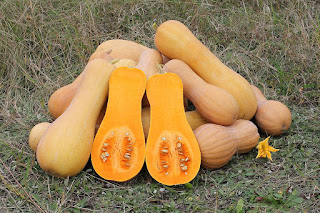 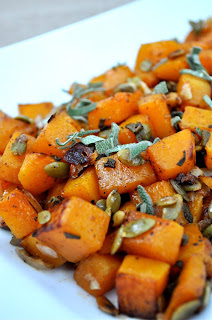 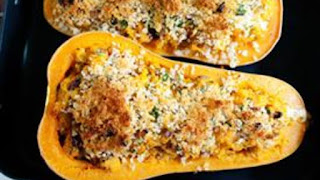 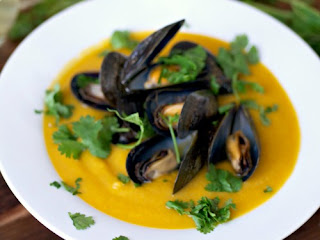 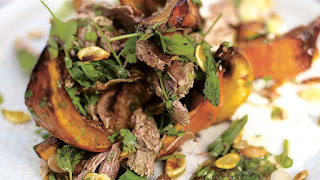 I know this has nothing to do with anything.  Regardless, I shall venture forth.  If I stumble, I shall pick myself up.

Upon further contemplative thought, what I’m pondering probably is of little consequence in the whole scheme of things, or even in a small part thereof.

Giving the situation further, further thought, there is no point to it at all. To be honest with you - at this very moment - I’ve not a clue what this post is going to be about.

Good luck to me, then! I ’m flying by the seat of my trackie dacks!  I might still be here this time next week – or the week after - trying to come up with something about which to write.

While still in my trackies, from out of nowhere, a thought stopped me in my tracks.  It just flickered through my mind proving life and light does exist in the unfathomable, muddled faculty, after all.

I remember when squash was the latest craze to hit the populace – when it all started.

Well, not quite “when it all started”  – that is a slight exaggeration of the facts.  The game was first invented at Harrow School back around 1830.  I know I’m getting older by the day, but, I have to let you into a little secret, 1830 was slightly before my time.

A resurgence of the game hit like a tsunami in the early Sixties. Squash courts were being erected everywhere.  If you didn’t play squash, you weren’t “with it”.  I guess I was mostly “without it” because the number of times I played the game I could count on one hand.  (I’m not missing any fingers).

With me, squash never became an addiction like it did with thousands of others.  Some sports’ fanatics couldn’t get enough of the game.

Squash sure gave one a good work-out, though.  Following a hard fought battle on the squash court, my muscles complained for days afterwards.  Muscles I never knew existed made their presence known.  They weren’t backward in letting me know they weren’t happy, particularly those previously unknown ones in my butt aka bum.  I was not aware I had muscles that particular part of my anatomy until I played squash; or to be more precise, until after a game of squash.  The agony usually made its presence known a day or two later.

These days hobbling around like the old crony I am, but with my butt still intact, there is no point trying to hide or deny the fact – walking stick in hand - I’d be even more useless at the game.  My present-day interpretation would be a slow-motion version of squash; a 2018 variation of the game.

I could try belting the ball with my walking stick rather than a racquet, and then it would turn into something like – say - indoor golf.    Firstly, I’d have to advise all within close, and not so close proximity, to duck for cover.

The Mad Woman of Chaillot has nothing on me when I let loose!

These days the only racket in my box of tricks is utilised when I sing in the shower, or along to my car radio as I drive to and from my local supermarket, post office etc.

Background sounds are necessary to muffle my strangled, off-tune squawking. When they hear me sounding like a squashed galah, even the crows, feathers ruffled, hit the skyway over the valleys below.

My word! Contrary to where I declared I had no idea what I was going to write about it’s become conspicuously apparent I managed to squash in a few words, after all.

With no concern for my feelings, words rudely muscled their way in. I had no say in the matter.

Crispy Duck and Squash Salad: Preheat oven to 180C/350F. Wash 1x2kg duck; pat it dry, inside and out, with kitchen paper, then rub it all over, inside as well, with salt and pepper. Place it in a tray; roast for around 2hrs, turning it every now and then. Halfway through, drain away a lot of the fat from the duck; don't throw the duck fat away. Sieve it and keep the fat (but no meat juices) in a jar in the fridge for a couple of months and use it to roast potatoes

In a pestle and mortar, bash up 1-2 dried red chillies and 1tsp coriander seeds; add 1/2tsp cinnamon and a good pinch of salt and pepper. Scoop the seeds out of 1 large Butternut pumpkin/squash; put them to one side. Cut pumpkin/squash into wedges; place them in roasting tray, drizzle over enough olive oil just to coat. Sprinkle over the ground spices; toss well, spreading the pieces out in one layer. Once the duck has been in the oven for 1-1/4hrs, add the tray of squash to the oven; roast for about 45mins. Meanwhile, rinse the pumpkin/squash seeds after removing any fibres. Season with salt and pepper; drizzle with olive oil. Toast in a dry frying pan until they’re golden and crisp; put aside. To make the dressing;-  put juice of 1-2 limes and zest into a bowl; add the same amount of x-virgin olive oil, plus 1tsp sesame oil and 1tbs soy sauce. Stir in 1tsp brown sugar, 1 fresh red chilli, deseeded and finely chopped, 1 finely grated garlic clove, green parts of 5 spring onions, finely chopped, (finely slice the white part of the spring onions and set aside), and large bunch of fresh coriander stalks, finely chopped.   Reserve the leaves; set aside.  Taste and adjust the sweet-and-sourness and the seasoning. It needs to be a little limey, to contrast with the rich duck

After 2 hours, if the duck is nice and crispy, and the squash soft and sticky, take both trays out of the oven. If they need more time, leave them in until perfectly done. Using two forks, shred the duck meat off the bone; put meat into a large bowl. While duck and squash are still warm, toss with the toasted seeds, half the coriander leaves, leaves from half a small bunch of fresh mint and half the white spring onion slices. Pour on dressing; toss together. Serve sprinkled with the rest of the coriander, mint and white spring onion slices 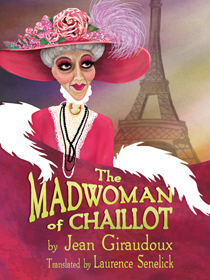 DANCE AND MAKE SURE EVERYONE IS LOOKING! 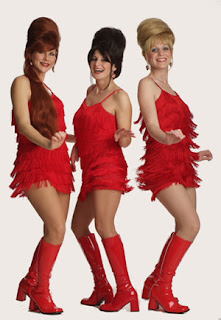 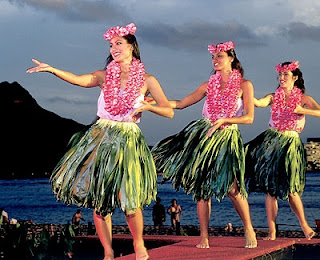 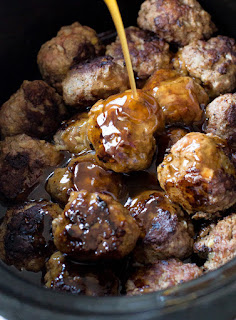 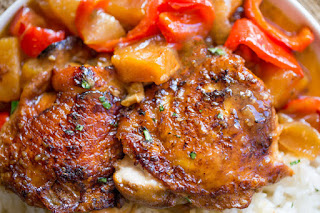 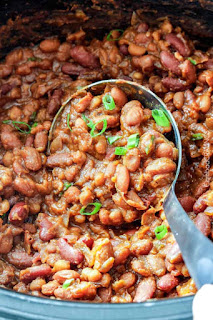 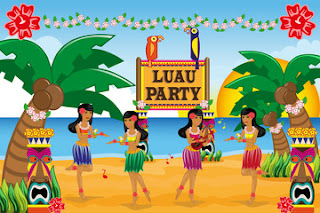 Like I do, I’m sure many of you of my vintage and thereabouts remember the popular Go-Go dancers of the Sixties.  Throughout the Western world, crowds of happy, energetic revellers flocked to nightclubs and hotels to witness the mini-clad girls in their knee-high, high-heeled boots do the Watusi, Mashed Potato, The Frug etc., proving those boots were made not only for walking!

The energetic young ladies shimmied upon raised platforms, often encaged.
Not only did the Go-Go girls get a good work-out, so did the patrons.  Dancing - not getting “blotto” - was the aim of an evening out – and dance we did.  There was no stopping us.
“Dance Boss”, the family-friendly television show presently gracing our Aussie TV screens, where teams of workers from the same workplace etc., dance-off in dance battles, has stirred memories of a particular fun time of which I was part aka  instigator - back in the early Seventies.

During the 14 years I was employed at the Queensland headquarters of a Sydney-based fashion company I held a few titles, one of which was “Office Manageress”, and another – unofficially - was “Functions Coordinator”.

Promotional evenings to launch new season lines were regular occurrences throughout any given year.  Spring, summer, autumn and winter stirred one’s creativity.
Part of my “cloak of many colours” was to assist in the step-by-step conception of the events, encompassing all avenues. Sometimes functions were held purely as PR exercises.

The evening I’m about to describe was for the latter purpose.

A special affair to entertain our major clients e.g. Myers, David Jones and a number of other city fashion outlets was being planned.

Mostly, our promotional evenings were held in our showrooms. Sometimes they were held at an independent venue such as a restaurant. This particular event was to be held at The Courtyard Restaurant, which was situated at Bowen Hills, an inner-city (Brisbane) suburb.  The restaurant was owned and operated by an ex-Olympian.  As a weightlifter he represented Australia in the 1972 Summer Olympics.  He was also Australian shot put champion for a number of years.

The job of choosing the venue, menu, theme etc., for the night was my responsibility.  The planning of such events was never a chore for me.  Doing so was always lots of fun.  I loved everything involved.  I didn’t treat the job lightly, but organising those evenings was exciting, creative and interesting.

Don’t ask me why because I’ve forgotten the reason, but, for The Courtyard function, I planned a Hawaiian-themed night, which meant, of course, Hawaiian music.

Furthermore, everyone knows a Hawaiian party is not Hawaiian without hula dancers.

The shocked looks on the faces of our three young general office lasses when I gently informed them they’d be on stage in the restaurant’s function room performing the hula is embedded in my mind.  Their reactions were priceless!  If looks could kill, I wouldn’t be here to tell the story.

Every day, up until the night of the function, hula lessons and practice took over lunch hours, with me as the dance instructor.  It was a bit like the blind leading the blind, probably.  The only previous experience I’d had at grass skirts and hula dancing was as a little girl...I always went as a hula dancer to the local fancy-dress dances!  My brother, Graham always went as a pirate.  Instead, if I had gone as a pirate, I guess I could’ve turned the evening into a “Pirates of the Caribbean-Jack Sparrow” tribute...or, more sensibly, Errol Flynn...seeing Jack Sparrow wasn’t around at the time of the evening at the Courtyard Restaurant.  Sparrow was still flying about, sailing the high seas, pillaging, looting and the rest of it...

When I hired the hula skirts, the three about-to-be discovered stars realised there was no escape.  Their fate was sealed.

However, on the night of the function and their "professional", yet unpaid-for debut, the three girls stepped up to the plate/stage, and didn’t miss a beat or a sway. Once they got into the flow, realised their moment in the spotlight, it was difficult to get them off the stage.  They enjoyed the limelight and fame.

With a beaming smile across my face, I was like a proud mother hen as I stepped up to the microphone when the music stopped playing, and the girls stopped swaying.
Moulin Rouge didn’t come a-calling, though. 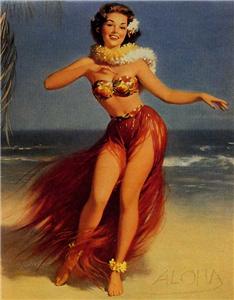 Looking back throughout the years
I wonder where time has gone
Laughter shared but alone the tears
Often I think life is just a con
Oh! How to make time stand still
I’d wish upon a star up high
To halt the rapid slide downhill
Instead I shall reflect with a sigh 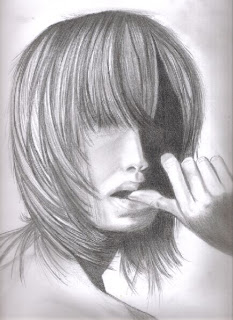 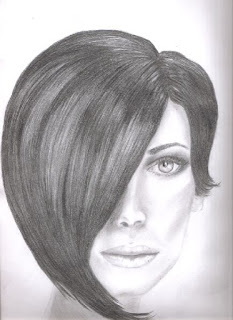 Poem and graphite sketches by me....written and drawn a few years ago.