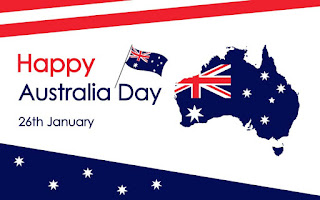 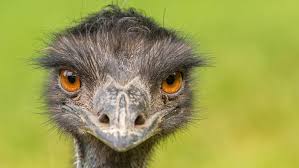 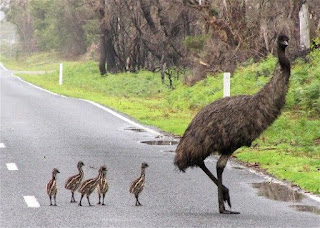 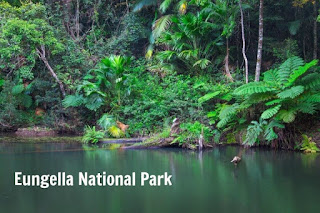 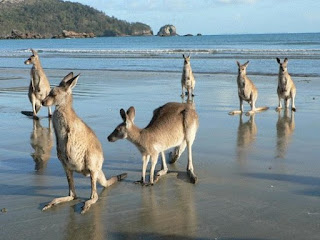 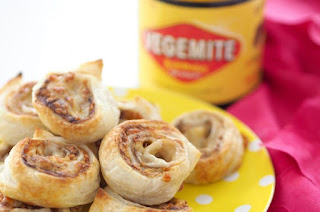 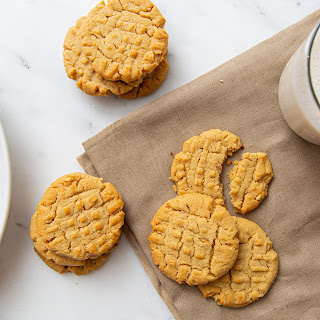 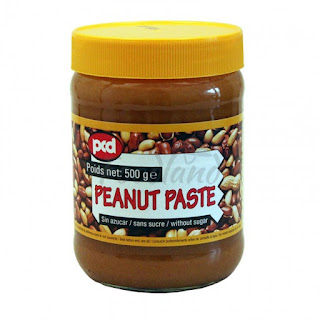 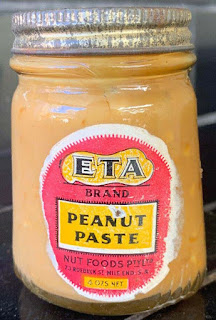 Put your laughing gear around this.  It’s Australia Day, 26th January, once again.

Whether you are one of the 25% who disagree with the date and want it altered, or not, enjoy the day...let's Aussies enjoy and love our country...Australia.

You can bet your bottom dollar if the date is changed there will still be some who won’t like the chosen new date. We don’t all agree with each other all the time, on all things, but that doesn’t mean we can’t be civil, or friends.  In a democratic society one is allowed to be an individual – free to be an individual...to have one’s own individual thoughts and beliefs.

What I believe, you may not...but that doesn’t make you my enemy or me, yours....I'm just sayin', cobber!

However, enough of that...as far as I’m concerned, we’ve had enough discord lately, everywhere we look...here, there and everywhere...

I’m still a “Happy Little Vegemite”...and, unlike some others, I like to load my toast with lashings of Vegemite...no faint, light-handed spreading of the spread for me.  See...my individual choice, and taste...

Old habits...and tastes are hard to break...I have no intention of breaking these ones.... Forget the ‘spoonfuls of sugar”....just allow me to have spoonfuls of Peanut Paste!

The term has been used in rural Queensland, Australia, as a synonym for peanut butter. This followed pressure from dairy farmers who did not want peanut butter competing with butter for market share.

The product was known in Western Australia and South Australia for many years as peanut paste because, by definition, butter is a dairy product. The same product was available in other states as peanut butter. Manufacturers complained about having to produce different labels for different states and the Western Australian government changed the rules on the use of the word butter to allow for one set of labels.

In a quaint little Suzuki 4WD, with just me for company, I was driving along the 119km winding dirt track between Collinsville and Glenden, up in the Bowen Basin.  There was not another soul within cooee.

In a world of my own, listening to the car radio, I trundled along happily.  As I rounded a bend, I got the shock of my life when I found myself eye to eye with an emu at my driver’s side window. It looked at me in equal wide-eyed surprise.  The emu’s head was level with mine. True blue!

I’m not sure who received the biggest shock, the emu or me!  By the look on its face before taking off at break-neck speed across the nearest paddock, the long-legged bird hadn’t expected its solitude to be rudely interrupted, either.  He’d probably been listening to John Williamson’s “Old Man Emu” on his Walkman!

After pulling into the Emu Beach Holiday Park at Emu Park, a small coastal town south-east of Rockhampton, Central Queensland aka Capricorn Coast, during a trip north with my then husband, Randall back in the early 80s, the first thing I did, as I always did when checking into the various caravan parks, was head off to inspect the ablutions’ block.   (I have written about this particular episode in an earlier post...)

Upon exiting the building I received a hell of a surprise.  Waiting for me at the doorway was a group...six or eight....of very curious emus.  The long-necked critters were very keen to learn everything and anything they could about me and my travels!

Over at our campsite Randall was looking on laughing his head off.  He’d been eagerly awaiting my reaction when I came face to face with the group of the world’s second largest living birds...the inquisitive throng of Australia’s largest native birds, which was waiting for me to exit the building!  (I don’t qualify as Aussie’s largest bird...the emu beats me legs down...or up!)

Eungella National Park west of Mackay is an area worth visiting, not only for its beauty but for the numerous animal species who call the area “home”.

Included among the many rare and unusual creatures is a most unique animal...unique to Australia...the platypus.

The drive through the Pioneer Valley up to Eungella, high on the Clarke Range is one worth taking.  During one of my visit to the beautiful area when I was living and working in Mackay in early 1998, I had the good fortune to spot a platypus in the waters of Broken River, Eungella National Park. Such pretty, shy little animals they are.

Where but in Australia can one be enjoying a leisurely lunch only to be interrupted by a kangaroo trying to snatch a ring off one’s finger?  Cape Hillsborough Resort is where!

I was enjoying a pleasant lunch with a friend, when, unawares to me, a huge roo sauntered up behind me. The ill-mannered roo took a fancy to a ring on my right hand.  He was determined to have it, the cheeky devil!   You can imagine my surprise, I am sure, when I felt a tug at my hand!

The roos at Cape Hillsborough are massive and many, with no table manners!  They think they own the place. They are not to be messed with.

Mr. B, the Wallaby was the leader of the pack.  He had balls, even if he only had one. He lost a ball in an argument with a car on the highway at Cardwell when he was a joey still in his mother’s pouch.  He didn't go nuts over the loss, though.  After losing his mother, and his ball, Mr. B had a ball living on the island.

Mr. B was a star of stage and screen...literally.  At one point in his career he'd been flown to Melbourne to appear (star) on a national television variety show! 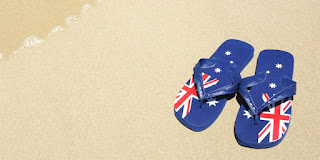 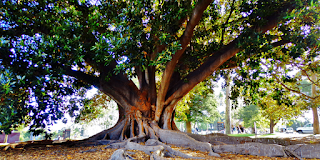 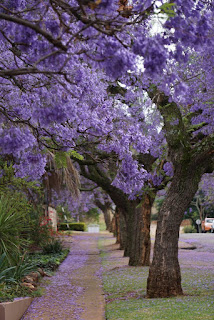 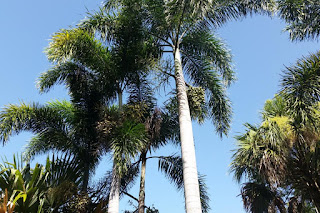 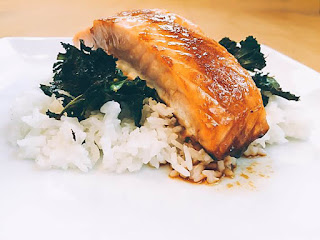 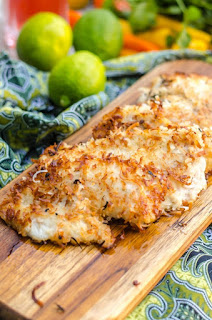 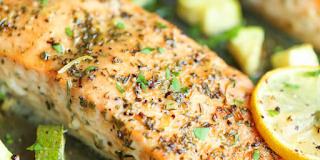 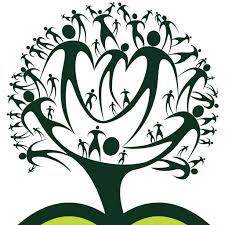 Family trees – often they make it difficult to see the forest.

Some folk go to extraordinary lengths, out on a limb, to dig up trunk loads of information; multitude limbs to root out their ancestry.  With the intention of learning about who went before them they branch out in every direction, pouring over clusters of data. Nothing is left swinging.  Persistent in their searches, their interest is perennial.  Their assiduous, dogged determination to discover everything they can about their lineage - from where it stemmed – is unyielding.

Tirelessly the seekers stalk sites in search of answers, barking out questions.

In the wee small hours off they lumber to slumber, only to wake a few hours later to begin digging again, feeling renewed like an evergreen.  Their curiosity remains perennially fresh.

At times the deadwood is tossed aside or ignored, usually for good reason.  Most families, whether they like to admit it or not, have a skeleton or two hidden away in their silky oak, pine, mahogany or cedar cupboards.  There’s no point selling the cupboards on Gumtree.  Skeletons are adept at finding somewhere else to hide.  It’s a haunting thought, but they will remain to haunt...if you allow them to do so.   Perhaps there’s a spray available that eradicates skeletons.  Termites may be the answer. They could be coerced into embracing a liking for bones instead of wood.

My family tree is non-existent these days. Deforestation occurred years ago.  I’d better tread carefully, or I’ll be blamed for global warming!

There’re no trees or branches blocking forest views in my insignificant corner of the field.  I’m the sole tree left standing. I’m probably more like a shrub these days, than a tall, straight, strong tree.   So far I’ve dodged the chainsaws.

Branches of my family tree have been lopped back so far there’s no chance of regrowth. I don’t pine about the situation. Content I am being a gnarly, old, sole soul.

I’m not unlike the Wollemi Pine – I’ve outlived dinosaurs.  There is a saying - “No man is an island”.   I’m a woman, so the saying doesn’t refer to me.  I enjoy being an island, and in no way do I feel deserted.

“Deserted” is from where the term “desert island” originated.  As they do, people got lazy along the way and dropped off the “ed” at the end of the word.  It’s no secret I love tropical islands having lived on two back in the 80s and early 90s.

Actually, by having no family - no branches – I suppose, instead of being a shrub, I’m a palm, which, in fact, makes me a herb.  I’m herbaceous because palms are herbaceous – a non-woody plant.

There’s nothing wooden about me.  Pinch me, and you’d discover this to be so.  I am fleshy as opposed to woody!  Wouldn’t you know it!

My affinity to palms has been long-standing.  Growing in our yard when I was a kid were three palm trees.  We called them “monkey nut trees”.  The truth could be I descended from the Planet of the Apes! Now, that’s a thought upon which to ponder.

As well as the she-oaks that grew on the foreshores of both Hinchinbrook and Newry Islands, which were my hang-outs for a while, were palm trees.  I never learned how to scale them, but I was proficient at scaling fish – and eating coconuts.

My mind works in mysterious ways.  Don’t question why or how. I don’t have the answers....

Coconut Fish: In bowl, beat together 1 egg and 2tbs pineapple juice. Spread 2/3c flour and 1-1/2c shredded coconut on separate plates, suitable for dredging. Add 2/3tbs oil to pan set over med-heat. Dry 5 snapper fillets. Dredge in flour; dip in egg; then coat in coconut. Working with 2-3 fillets at a time, add fish to pan. When coconut starts to brown, carefully turn over. When fish is cooked, remove from pan. Add more oil to pan if necessary; repeat with remaining fish. 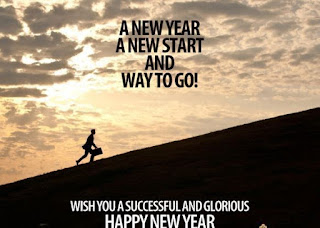 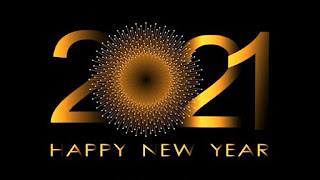 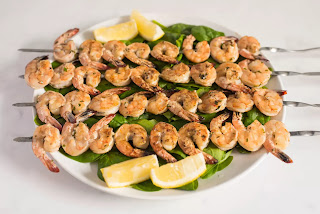 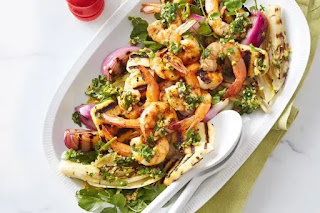 The sands of time ran out on 2020.   2020 roared by with a loud roar, and down the gurgler it went.  With the New Year under way, there’s something important everyone must remember. It’s important to start a new year off with a positive attitude.  Equally important is to continue the attitude throughout the rest of the year.  I hope 2021 treats everyone kindly.  Gently, gently does it...one day at a time.

100 years ago... 1921, if you’re counting on your fingers...saw the end of the Spanish Flu.  History does repeat itself, so we’ve been told...I’m sure we’re all hoping similar occurs within the next few months, if not sooner....

By choice, I spent the Festive Season quietly and contentedly with my two best mates, who, like me, are indoor cats (I do sneak out once in a while...they don’t).

As done in the past, I attended my landlords’ annual Christmas party on the Tuesday night prior to Christmas Day.  The evening was very pleasant.  I spent most of the time chatting with a lovely elderly, 92 year old gentleman.  The majority of the people in attendance I see only once a year...at that particular annual get-together.  The faces are familiar, but in many cases, not the names.  I’m pretty sure no one takes offence when offering their name for the hundredth time!

We Three Musketeers have shared 18 Christmases and New Year’s Eves.  They know the words to “Auld Lang Syne” off by heart.  We link hands and paws as they miaow along with me (I don’t miaow...I sing) at midnight every 31st December.  Carried away in the mood of the moment, they drown me out.  Shama is a coloratura soprano; Remy a lyric tenor. Well, Adele can relax.....as yet, I’m no threat!

2020 was a doozy of a year, wasn’t it?   It threw everything, including the kitchen sink, at us.  A year filled with sadness and concern, it dragged out every moment, but, oddly, the year flew by at a rapid rate of knots. Has the pace picked up now I am an old you-know what?  When I was many years younger than I am now, 12 months took much longer to pass by....or so it seemed.  Now, within a blink or two a year has passed by. 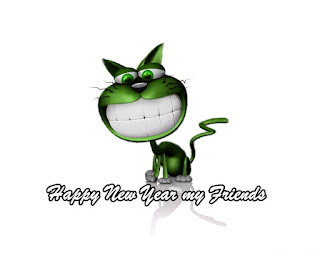