WHILE ON THE SUBJECT OF OLD FRIENDS…. 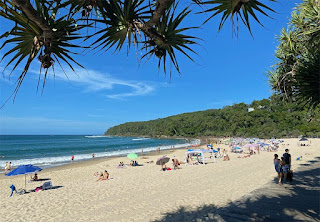 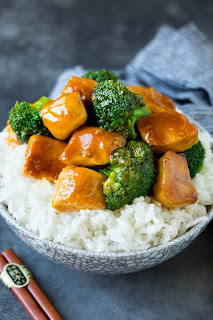 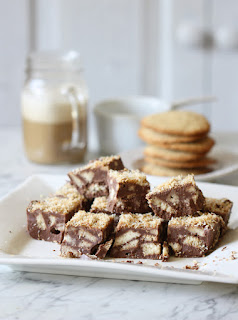 Not meaning to be a bore…once more I am on the subject of old friends; a subject which is never boring to me. Again, while watching Kenny Rogers and Dolly Parton sing the emotive, “You Can’t Make Old Friends” on a tribute concert to the now late Rogers tears filled my eyes.  I’ll have to stop listening to the song, or, at least, buy a pallet load of tissues.

Once more, the song caused me to begin reflecting upon my old friends of old; friendships forged eons ago. One such friendship began when I was three and a half years old.  Much water has flowed under, around, and over a host of bridges since I was that old…or young!

Over the past couple of months, for various reasons, many of my old friends and I have been in regular, lengthy contact by phone, and extended emails.

Sadly, someone I’ve known since he and I were kids passed away in January.  During our childhood he was a nearby neighbour.  Being a few years older than me our friendship didn’t begin until I was in my teens.  A couple of girlfriends and I spent our weekends during spring, summer and autumn at Noosa Heads.  It mattered not if the surf was up, or down, there we were on the beach and in the ocean at Laguna Bay, come rain, come shine.  My late brother was a Noosa Heads Surf Lifesaver. So, too, was my friend who passed away in January.  Having left Gympie to work in Brisbane, during the ball seasons he’d return to town to be my partner at the Friday night balls.  Both of us loved to dance.  We may not have been the Fred and Ginger of Gympie, but we were pretty close to it…in our minds; in a fun way, not in a conceited, boastful way. We loved to jive, too. There was no stopping us when the beat got going!

His dancing off this mortal coil has been one reason for my many conversations with old friends lately.

A school friend from primary school contacted me when she learned of his passing.  Often, after school I’d go to her home to play.  She lived up the street, around the corner and along a bit from where I lived. I’ve never forgotten the treats her mother served us during those after-school visits…Arrowroot biscuits, sprinkled with sugar, doused with milk…simple, but delicious.

My childhood friend and I lost contact when I left school, an adventurous step I took before she did. Not having spoken since those days of yore, we certainly have had a lot of catching up to do.

To our world-shattering surprise from our recent myriad conversations we discovered we’d been living in the same Brisbane suburbs in the late 60s and in the 70s; firstly, in the inner western suburb of Toowong, and then, in the neighbouring suburb of Torwood.  Each time we were living only a street or two apart.  The distances between our respective abodes were not much different to the distance between our homes when we were kids.  Until these past few weeks we’d not been aware we’d lived so close to each other in Brisbane during the years of our roaring 20s.  Life’s coincidences never cease to astound.  Life always has many surprises up its sleeve. Life’s sleeves must be miles and miles long!

I need some lozenges.  Not because I’ve got a sore throat, but because I’m hoarse from talking so much!  I might be an old nag, but that’s “hoarse” with an “a”…not horse, without an “a”!  I might have left high school before my rediscovered childhood friend who went on through to Senior level (Year 12 in today’s language), but I’ve not forgotten how to spell!

It is true…you can’t make old friends. Those were the days, my friends.  I agree with what a lady of my vintage said to me the other day in the supermarket’s car park – “I’m glad I was born when I was.” …

The Age of Innocence and Good Manners…a time when respect for others, no matter their station in life (railway stations included), and the property of others were respected.

Oops!  There goes my phone.  I don’t mean it has run off….it’s ringing once again! 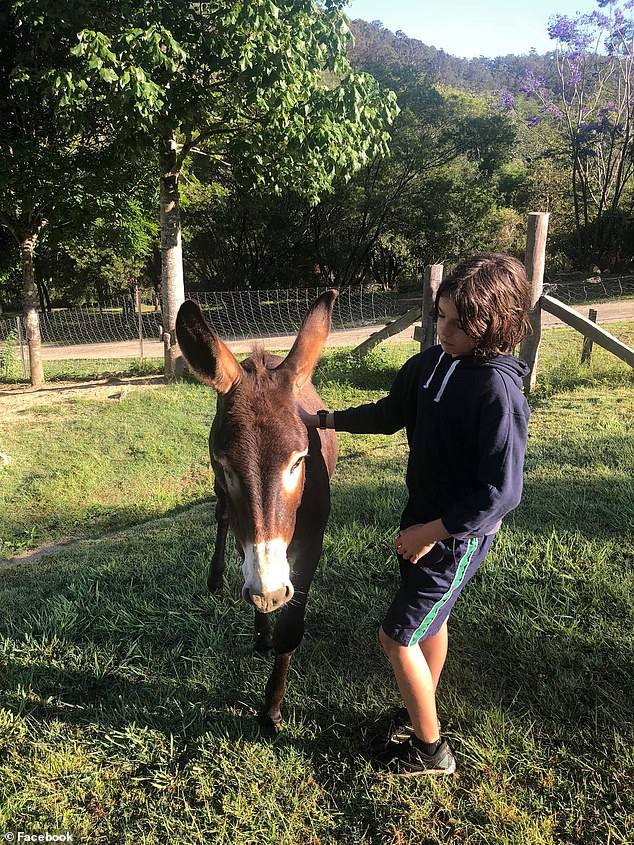 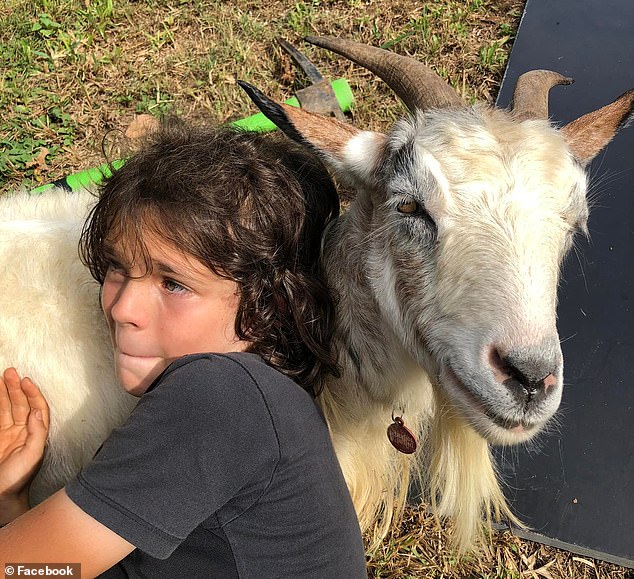 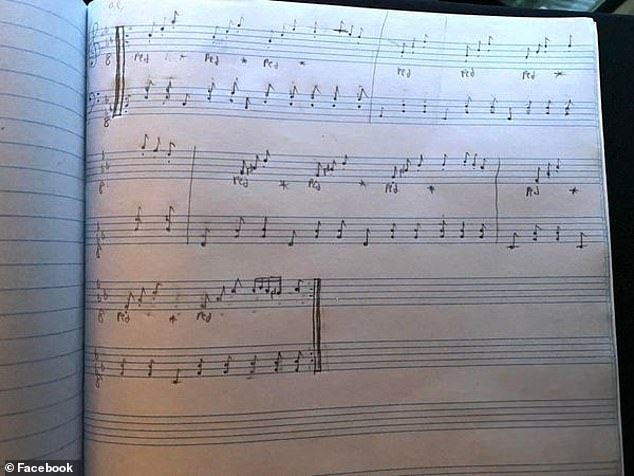 This is both a heartbreaking, and a heart-warming story.  Openly, and unashamedly, I admit my tears flowed...

Kyan Pennell's legacy is an incredibly sad, yet inspirational story.  His loss of life is an occurrence way beyond one’s imagination.  Far beyond, mine, of that I am certain.

I hope Kyan will never be forgotten.  I hope the cherished memories of Kyan live on through his music.

A very, very sad, wonderful story about this young lad whose life was tragically cut short...far, far too short.

There are so many useless wastes-of-space in this world creating havoc…disrespecting others, the lives of others; disrespecting the property of others…

There is no rhyme…there is no reason why such a talented, lovely young lad’s life was stolen.

Why Kyan no longer lives within the arms and love of his family…. is a question to which there are no answers….

If you watch and read nothing else this year, do yourself a favour…read and view the sites below…

ENOUGH IS ENOUGH ALREADY…GIVE ME A BREAK! 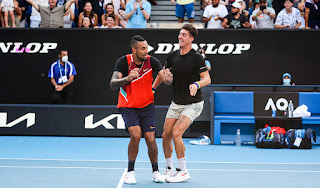 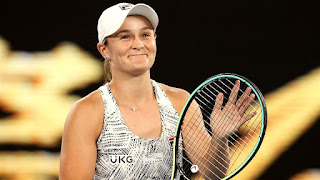 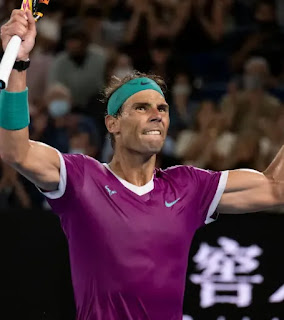 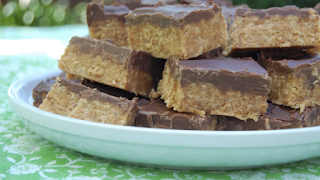 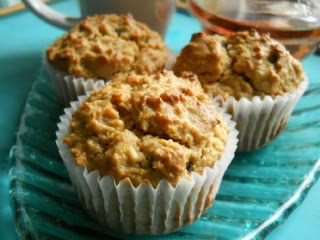 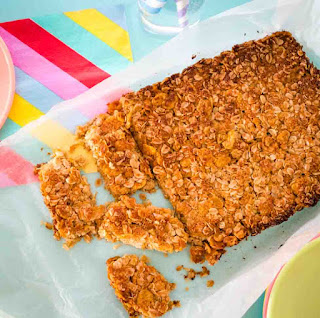 I’m exhausted; bushed; worn out; knackered; tuckered; spent; weary; drained.  I dare not say “dog-tired” in fear of raising the ire and fur of my two furry mates.

The cause all began on Boxing Day, and then continued through to the end of January. A few months of Sundays will be needed for me to recover.  The highs of winning and the lows of losing are exhausting for an old broad like me.  The ever-changing emotions allowed me little time to breathe. Becoming so engrossed in the action I often held my breath, forgetting to exhale.  Doing so can be very dangerous for one’s health.  Believe me when I tell you, a purple complexion isn’t a good look.

Of course, I’m referring to the cricket aka The Ashes, and the Australian Open.

I fell in love with our Aussie cricketers…what a great bunch of blokes.  Each and every one did himself, the team, and our country proud.   Captain Pat Cummins, to name only one member of the Aussie cricket team, did a terrific job in his roles as captain and player.

On the subject of making one’s self and country proud, there is no better example than 2022 Australian of the Year, Dylan Alcott. Dylan is a worthy recipient of the award, more worthy than some past recipients. Dylan is an intelligent, determined, intrepid, incredible human being.  The wheelchair tennis champ is a lovable larrikin.

Worthy of high praise, too, are his parents, who, unfalteringly resolute, guided their son to be the man he is today. They taught Dylan not to allow his disability hinder his Life’s journey. Lessons he’s obviously heeded.  I don’t care what anyone says or thinks about my use of the words, in my mind, Dylan Alcott is both a hero and a legend; a champion through and through, not only for his sporting achievements, but also for his work within his charitable organization, The Dylan Alcott Foundation.  His Foundation helps young Aussie with disabilities gain confidence, attain and fulfil their potential, achieve their dreams.  In Dylan, they have a wonderful role model.

Dylan deserves to be Australian of the Year; an award he respects and will honour long after 2022 is in the rear vision mirror. No matter what Dylan’s future has in store, there is no doubt he will make a lasting impression from whatever he does.

Humans like Dylan make me want to live forever so I can witness the growth of the youngsters they inspire. The younger generations within whom Dylan instills the desire to follow his lead…the desire to be…to be whatever they choose to be…will reap the benefits of achieving goals they once thought impossible to achieve.  I would love to follow the results of their determination to succeed in whatever field they choose.  Dylan Alcott makes this muddled-up world in which we dwell a far better place.  Thank you, Dylan Alcott.

And then there’s World No. 1 Ash, she’s true blue.  Fair dinkum, she is! Let’s shout it out from the rooftops. Ash Barty, a proud Aussie and Queenslander from just down the road, makes the game of tennis appear effortless, and if you’re as terrible a tennis player as I was, you know that’s not so.

As an aside or two…I did compete in a Round Robin on Noosa’s Ken Rosewall courts…once only.. I lost. Also, in the early 70s I knew Wendy Turnbull.  Before she joined the professional circuit Wendy was a teller in the Bank of New South Wales, Fortitude Valley. Here’s another piece of useless trivia…when I was a kid, Pat Rafter’s mother, Jocelyn and her brother, Lloyd, lived up behind us in Gympie.

Each time the Special Ks stepped onto the court Nick and Thanassi made this year’s Australian Open fun and exciting. No other entertainment is needed when Nick Kyrgios appears.  He upsets some, but not me.  I believe there’s not a bad bone in his body. He has a heart of gold. Ebden and Purcell lost the match, but they’re not losers. To have an all-Aussie men’s doubles final, as well as an Aussie finalist/winner in the Women’s final was fantastic.

Last, but by no means least…there is my man Rafa. I almost had a nervous breakdown watching Rafael Nadal’s match against manic Medvedev.  I’m getting too old for such pressure.

I’m still in recuperation mode.   Boy! Did I let out a loud sigh of relief at the end of Rafael Nadal’s exceptional win!  I've been a huge fan of Rafael Nadal since the first time I saw him play way back when!  Rafa smiles, and my heart melts....

I finally managed to drift off to sleep in the early hours of Monday 31st January a happy camper, only to wake-up to watch the three episodes of "Voice - Generations", which I found to be so heartwarming and inspirations.  What a wonderful concept!

I’ve just woken up to write this post.  Bye! Bye!  Now I’m off to catch some more shut-eye! 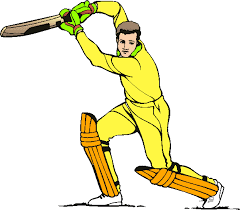