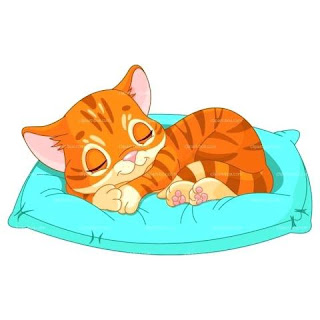 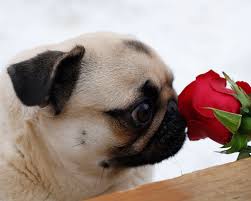 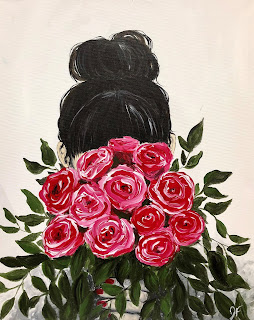 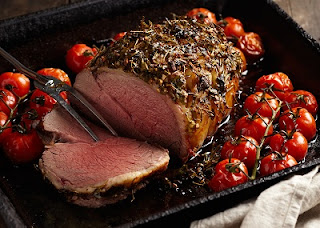 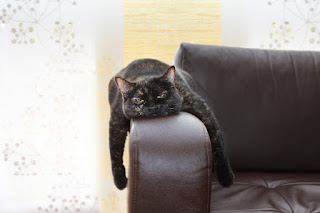 Touch wood!  I’ve never ever had the flu.  I hope I’ve not blown my cover, and the status quo remains!  On we go!


Don’t shake your head.  Don’t even try making denials because you won’t be believed.
Every single, and married, one of us, young, old, and in the middle, has experienced feeling listless and/or dissatisfied at some time or the other - fleeting moments, though they may be. There are times such feelings of lethargy last longer, often for reasons we can’t put a finger on.  As the feelings are invisible and intangible, even if we did put our finger on them, we’d not feel a thing.

However, one’s languid indifference, in the majority of instances, is only a passing phase; a brief interval of feeling disinclined to exert energy towards anything, everything, and everyone... no favouritism shown.

Don’t beat yourself up about your lack of interest or enthusiasm.  We can’t be wide-
eyed, bushy-tailed, full of beans (unless we’ve just eaten a bowl of baked beans or kidney beans), active, lively, high-spirited and alert all of the time.  It’s not natural.
Being continually stimulated and invigorated would be exhausting, to say the least - not only to one’s own self, but to those around us, as well.

Feeling listless doesn’t necessarily mean we’re bored.  Boredom is an over-rated, often over-used word.  It is admissible to experience a bit of “off time” every now and then.

The chilly mornings we experienced during winter encouraged me to be listless, happily without apology.  Disinterested in what was going on in the outside world, I was more engaged in remaining snuggled under the warm bed covers as long as I felt like doing so – no excuses offered.  Not dissatisfied with my decision, my two furry mates didn’t protest.  In fact, they encouraged my behaviour.

When in the presence of others you’re feeling a little languorous you are allowed to “put on a front”, otherwise known as “a happy face”; a pretence.

For your own sake, it’s probably best you do. There is nothing quite as bad as being in the company of a clone of Sad Sack, the morose comic book character of years gone by.

Better still, the best place to be if you’re feeling down-in-the-dumps is either keep to yourself, or visit the dump, rather than dump your feelings of gloom and doom onto those around you,

If you find yourself in the proximity of a person prone to sharing their lassitude, and you sense clouds of boredom descending upon you 10 litres of strong, caffeinated coffee with one kilogram of sugar added won’t stop you being dragged down with them.

Take my advice! Invent a polite, believable excuse, and hightail it to the hills, or to the dump, as quickly as you can without a backward glance.  It has been my good fortune each time I’ve visited the local dump lately to have come across pleasant gentlemen who willingly help me unload my load, without me having had to dump my load on them.

There is one particular woman here on the hill I try to dodge when I see her headed my way.  Unnoticed, she succeeded in creeping up on me a while back as I was loading my grocery purchases into the boot of my car.

Caught by surprise, realising I was cornered with no possible escape route within reach, silly me, not thinking, asked, “How are you?”

Oh! Dear!  I do know better than to ask.  The floodgates opened.
Fifteen minutes later....having spent those minutes just nodding or shaking my head, not able to get a word in sideways or lengthwise....I heard the whole medical history of her and her husband – all of which I have heard previously over the years.  It beggars belief she and her husband are still alive for her to tell the tales!

Her father had been a doctor, and she had been a nurse, so a vast range of medical terminology is always thrown into the mix to make matters worse!

She is a nice enough person.  I don’t mean to come across as sounding mean, but suffice to say, I am not the only one who dodges her.   She has a similar affect on others.

The reason given above is why I don’t encourage a friendship.  It is why, when our paths do accidentally cross, I try to remember not to ask the question...”How are you?”

A sensible way of understanding what is going on when you’re feeling lethargic and disinterested is to tell yourself you’re taking time out to smell the roses, even if there are no blooming roses blooming.  Roses aren’t the only blooming flowers worth smelling. Flowers aren’t the only things worthy of our nasal olfactory abilities.

Add fresh fruit to the list.  Freshly-cut grass, and rain showers (more please) settling dust alert and satisfy our sense of smell.  Just ask our struggling Aussie farmers.  Let’s keep supporting them.  In dire straits, they need our support, now and always.  We need them...we depend on them. There’s nothing better than Aussie grown and produced.

Oh! Yes! The aroma of onions frying; of freshly-baked bread: curry, or a hearty stew simmering on the stove top; a roast roasting; the scent of cakes or biscuits in the oven -wafting through from the kitchen will stir one’s mood in the best of ways.

Make sure you leave the windows open, to allow inertia to escape.

On we go...spirits and energy once again lifted.  It takes very little...just a word, a smile...and the tantalising aroma of home-cooking. 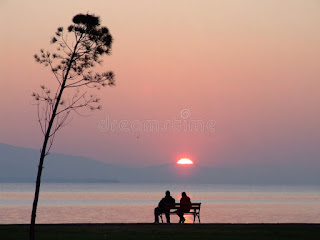 Your smile I adore, your inviting lips about you I will change nothing
Said he

RAPACIOUS BEHAVIOUR IS NOT AUDACIOUS – IT IS UNGRACIOUS... 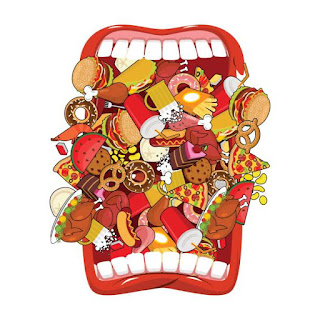 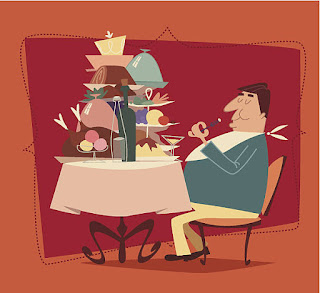 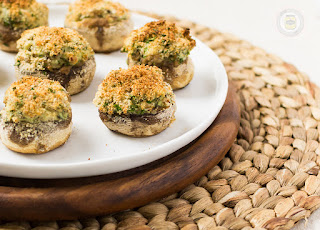 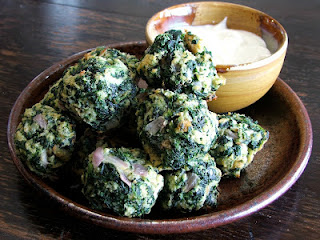 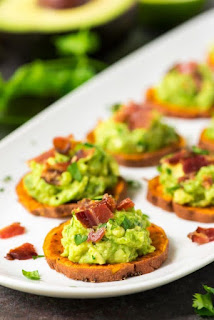 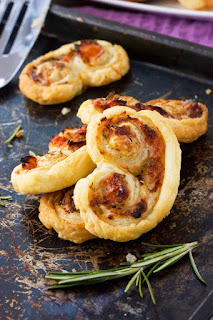 I hate greed...greed in its many guises; guises that fail miserably at disguising greedy behaviour in all its repulsive forms.

Base greed, impure and disgusting is on display at its lowest and ugliest level every time we see media footage of break and enters; of hooded, masked low-life dimwits who are far too cowardly to show their face as they leap counters grabbing what is not theirs; greedlyraiding cash registers; of staff and shop owners being terrorised.

The gut-churning actions are examples of greed at its worst perpetrated by lazy, ignorant wastes-of-space who are too dumb to get off their bums to earn a living and live a decent existence.   They are leeches who live off the blood, sweat and tears of others who have personal pride. Bums who assault and rob from those who care how they lead their lives; persons who care about how they treat those around them.

“Respect” is a powerful word.

Having worked in the hospitality industry for years often I experienced, first hand, greedy patrons.  In particular, witnessing the way ill-mannered gluttons behaved when they came face to face with a buffet, turned my stomach.  From their actions, I swore they’d never seen food before in their lives.

Staggering back to their table under the weight of plates piled higher than the Empire State Building, unable to wait to begin gobbling the food, so they could race back and do similar all over again, was not a pretty sight, I can tell you!

Hot food, cold food; food that didn’t go together...it mattered not what they heaped on their plate. Greedily, they took as much as they could.

Food, glorious food! Terror alert!  Quick - take a load of that; a pile of this! Someone else might get more than they did! Steal the lot!

To make matters worse, it became a competition to see how much food they could put into their mouth in one go.

The image of one particular diner gorging on a buffet at a venue in which I was cooking back in 1997 has, unfortunately, remained embedded in my mind.

More than once he’d been back to load up, but when he noticed the buffet tables and bain maries were being cleared away to allow for the arrival of myriad, deliciously-tempting desserts, with food dangling out of the side of his mouth, I swear, he began to have a panic attack.

Chewing and slobbering, grabbing his plate that still had food on it he raced, at break-neck speed, back to the buffet to see what else he could scrounge.

Was a famine to begin the next day, or was he readying himself to hibernate for the winter? Did he know something I didn’t?

There was no fear of leftovers that evening, not with him present.
He almost fainted when the wide variety of desserts arrived.

Regrouping - another race was on!  Off he flew!

When I was cooking at the Town & Country Hotel-Motel, Collinsville, up in the Bowen Basin, the rich, coal-producing area,” Happy Hour” was popular with our regulars, but never as in-demand as it was for one particular couple -  both of whom reminded me of garden gnomes!

Every afternoon, without fail, they arrived on the dot of 5 pm; and left promptly at the stroke of 6, after having had more than their share of the abundant, free bar snacks.

My offerings of bar snacks, which were served throughout “Happy Hour” were always plentiful, varied and delicious.

Spending very little money during their on-the-dot afternoon visit, the couple only ever had one drink each while they greedily stuffed their faces.

Fed-up with their blatant, miserly greed, one afternoon, for the fun of it, I decided to bring “Happy Hour” and bar snacks forward an hour.

Upon arrival at 5 pm, the couple got the shock of their lives.  Their mouths fell open, but not for the intake of food.

Tsk! Tsk! For them to have missed out on their daily free feed was a tragic disaster!

My purposely not-so-subtle hint managed to hit home, though.  It was the last time they partook in “Happy Hour”; no more feeding at the free trough for them
.
It doesn’t take much to amuse me – then or now!   (I'm the clown in my own circus)!

Parmesan Sun-Dried Tomato Palmiers: Lay sheet/s of ready-rolled, thawed puff pastry out on a well-floured board; and then sprinkle evenly with drained, sun-dried tomatoes, chopped finely, grated parmesan, finely chopped fresh rosemary leaves and plenty of black pepper.  Carefully roll up both of the long sides of the pastry until they meet in the middle. Brush the area between the two parts of the roll with a little egg; push the two parts together so they stick. Chill whole roll/s for at least 30mins.  Heat oven 200C.  Remove the pastry roll/s from fridge; slice into roughly 1cm-slices with a big sharp knife. Carefully place slices on baking tray/s lined with non-stick baking paper; brush tops with egg.  Bake 10-15mins until palmiers are puffed and golden. Cool slightly on the tray;  serve warm.