WHEN THE LAST TEARDROP FALLS... 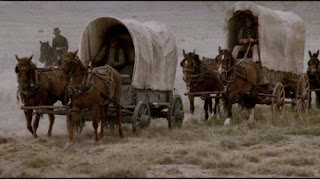 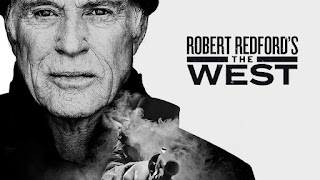 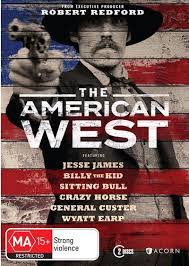 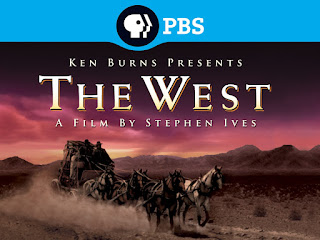 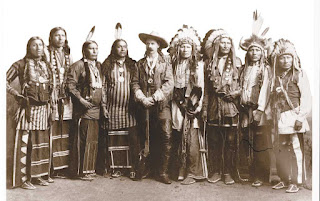 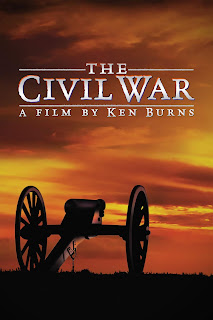 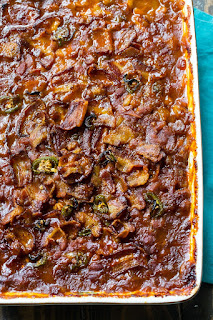 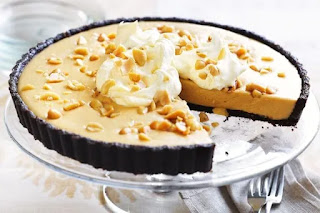 Lately, I’ve been broadening my knowledge. Some probably consider it necessary I do so.

A few documentaries have grabbed my undivided attention.  In-depth mini-series documentaries relating to the opening up of North America’s west, in particular, have held me in awe.

Mesmerised by the excellent “Robert Redford’s – The West”, an eight-part mini-series Redford created in 2016, I became engrossed from the first episode of the true history of the opening up of North America’s West...held captive by the wonders, and by the horrors of what occurred.

As a child, I loved watching Saturday afternoon matinee glamorised, fictionalised westerns on the big screen in Gympie’s Olympia Theatre.  Westerns starring actors such as Gene Autry, Audie Murphy, John Wayne, Randolph Scott, Jock Mahoney, Kirk Douglas, Rory Calhoun, Gary Cooper, among other popular stars. The movies were marshmallow “soft sells” compared to the truth of what actually went on in the 1800s.


Factually, the gunfight took place near a photographic studio, six doors west of the rear of the O.K. Corral.

Earp spent the last few years of his incredibly interesting life as a consultant on silent movie sets, where he befriended well-known movie cowboys of the silent era, such as William S. Hart and Tom Mix.

One young thespian eager to make shoot ‘em up, and knock ‘em down western movies...a young bloke named Marion Morrison, who later to became better known as John Wayne...learned a thing or two from Earp about the real goings-on in The West. Morrison/Wayne was a keen student and fan of the man.

Actor Kirk Douglas, after he glued his ears back on when he completed filming the story of Vincent Van Gogh, and before he removed his trousers to play “Spartacus”, starred as “Doc” Holliday in the 1957 movie, “Gunfight at the O.K. Corral”.

Aged 102 years, Kirk Douglas has outlived most, if not all, of the cast and crew, I dare to declare.

The late Burt Lancaster stood alongside Douglas in the film, playing the role of Wyatt Earp.

Upon completion of Redford’s documentary I discovered another series about The West...“Ken Burns Presents - The West – a Film by Stephen Ives”, a 1996 production.  Also an eight-episode documentary, no punches were pulled in this extraordinary exposé of what went on in the 1800s through to the early 1900s.

Stepping forward, not afraid to tell the truth, like an open book, the ugliness, the reality of what occurred is there for all to see, and learn.

Frequently, I was angered and disgusted by the ignorance and arrogance of those who believed their way was the right way. Often, tears filled my eyes.

The story it tells also beggars belief. It's difficult to wrap one's head around it.

The documentaries by both Burns and Redford, in my opinion, are necessary viewing – not only for oldies like me, but for younger generations, too.

Both Burns and Redford deserve high acclaim – admiration of the highest degree - for having the guts to tell the stories...warts and all...not hiding from the truth; for not concealing or disguising the truth.

What occurred in the 1800s – in one century, in one country, for example – the incredible advancements; the massive mistakes (many of which are still being made today throughout the world – and, no doubt, because humans don’t learn from past errors, will continue being made), shouldn’t be hidden away, or glamorised; nor should they be forgotten.

In the 1800s, conflicts blotted the earth’s landscape, wide and far afield. The invasions, the bloodshed not only occurred in North America.

Humans are slow learners in many avenues.

The history of man...since the year dot...needs to be in the forefront of our knowledge; of our learning.  Humans must be reminded of the ignorance; of the arrogance of their behaviour; of how brutal they have been, and continue being toward each other.

Religion in its many forms...and those who force their religious beliefs on others need to be held responsible for the unnecessary shedding of blood.  The arrogance of believing their way is the right way...the only way...is the root of all evil, in my opinion.  Far too much blood has been shed in the name of religion.

Read the history books...watch documentaries such as those described above.

The colour of one’s skin doesn’t make one right, either.  “Caucasians”, “whites” have a lot to answer for and to. What a cheek the “white man” had forcing his beliefs on the American Indians, people of high intelligence with their own long-held convictions and traditions.

Quote: “The ancestors of living Native Americans arrived in what is now the United States at least 15,000 years ago, possibly much earlier, from Asia via Beringia. (the land bridge between Siberia and Alaska – long gone). A vast variety of peoples, societies and cultures subsequently developed. Native Americans were greatly affected by the European colonization of the Americas, which began in 1492, and their population declined precipitously mainly due to introduced diseases as well as warfare, including biological warfare, territorial confiscation and slavery. After its creation, the United States, as part of its policy of settler colonialism, waged war and perpetrated massacres against many Native American peoples, removed them from their ancestral lands, and subjected them to one-sided treaties and to discriminatory government policies into the 20th century. Since the 1960s, Native American self-determination movements have resulted in changes to the lives of Native Americans, though there are still many contemporary issues faced by Native Americans. Today, there are over five million Native Americans in the United States - 78% of whom live outside reservations.”  End Quote


Disappointingly, and frustratingly, one comes to the sad, upsetting conclusion humans will never learn from past and present errors – are incapable of learning.

The proof is in the pudding. We’re surrounded by the mire, with no indication of it dissipating.

What a wonderful a world it would be if the situation were otherwise.

JUMP FOR JOY...LIFE IS A SONG AND DANCE...A GAME OF CHANCE 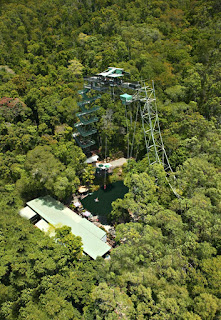 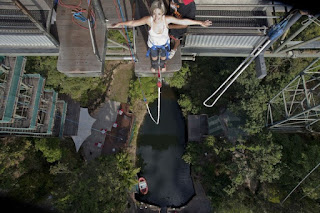 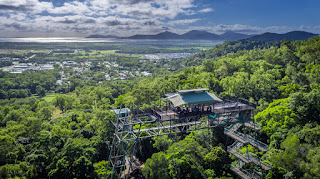 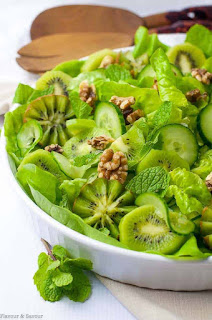 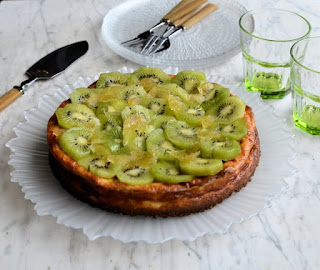 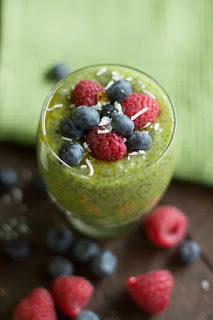 There are joyous periods when we effortlessly waltz through life, but life is not always as smooth as a genteel minuet.  Often existence is a bump and grind as we hustle around the best we can.  When we get in a twist, it’s time to be a bit foxy, and do our utmost to trot along breezily while casting our woes to the wind.  Frequently, we take two steps forward, only to defeat the purpose by taking three in reverse. There are instances, when feeling poles apart in our way of thinking our desire is to quickstep away in the hope of finding peace and quiet. We are told it takes two to tango, but there are moments when it’s more fun to conga. Even though, when doing the conga, we’re following the herd, we’re not being sheep.  One never knows to where the line may lead. There’s no rule saying we can’t be a goat, and kick up our heels. We’re free to break away if the feeling to go solo takes hold - to run our own race; to tap dance in one spot awhile.

Amidst the fusion of life’s complexities are happy, sad, good and bad memories. Many episodes are cherished; many chapters we do our utmost to suppress, or forget.

Dare I presume to speak on behalf of others?  Oops! There...I did dare!  I could retract my presumption before I post my ramblings, but I doubt that will occur.  It’s called - “living on the edge”.  In life, one has to take risks every now and then.

Of course, I’ve taken risks, but when taking them I’ve done my level, and un-level best, to be aware, not only of my own safety, but that of others, too.  Being stuck on an island in the middle of a cyclone, the welfare of my guests was my top priority. I didn’t create the risk.  Mother Nature was to blame. Like all females, Ms Nature, having a mind of her own, can change her mind on a whim.  It is the risk we take every day and night with her around!

In 1987, our Kiwi neighbour, AJ Hackett, became an instant, living legend when he took a giant risk by illegally jumping from the Eiffel Tower.  By that perilous feat, AJ introduced the world to a previously unknown, hair-raising activity...“Bungy Jumping”.

A couple of years later, still on a high, in 1989, adrenaline junkie, AJ Hackett and his mate, Henry van Asch, who had a similar addiction, began eyeing off land between Smithfield, north of Cairns and its hinterland – in Tropical North Queensland.

Seeking rental accommodation before construction commenced on the Cairns Bungy site, AJ’s crew entered the Smithfield real estate office (Inner Circle Realty) in which I was then employed as Property Manager/Receptionist/Secretary.

Sweet-talkers with the best of intentions, virtually on bent knees before me, they pleaded their case, declaring they were characters of the most responsible kind.
Instead of an apple, they attempted to tempt me to accept them as tenants by offering free bungy jumps once the site was up (down) and running (jumping).

Politely, I declined to leap at their offer to take the risk of taking the decline.
I did rise to the occasion, though, by leasing them accommodation suitable to their needs.

Taking a safer route, not a risk, once they were settled, I accepted their offer to dine, and view videos of Hackett’s first commercial bungy site at Kawarau Gorge, near Queenstown in New Zealand’s South Island,

They were a genuine, lovely group of young folk.

In August, 1990, the Cairns’ site opened. It was the first purpose-built bungy tower in the world. To this day it remains a popular activity enjoyed by adventurous risk-takers, of which I am not one.

Managing a loaded shopping trolley that wants to go one way, and I, the other, in the supermarket car park, is risk enough for me...thank you very much!

Kiwi-Ginger Cheesecake: Combine 100g crumbed gingernuts and 50g melted butter; press into greased, lined loose-bottom, 20cm/8" in diameter cake tin; bake 10mins at 180C. Remove from oven; set aside. Beat 450g cream cheese, 10g caster sugar, 3 large eggs, beaten, and 2tsp vanilla paste together until light and fluffy. Pour mixture into cake tin; level mixture with the back of a spoon. Bake 1hr, or until well risen, and centre of cheesecake is firm to touch. Remove from oven; cool in the tin. Carefully remove cake from tin; place on serving platter. Peel and thinly slice 6-8 kiwi fruit; arrange slices around top of cheesecake; then slide slices of stem ginger/ginger in syrup, in and amongst the kiwi slices. Drizzle some ginger syrup over the fruit and ginger; chill until ready to serve. Serve in slices with crème fraîche or cream, as preferred.