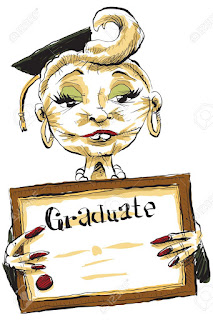 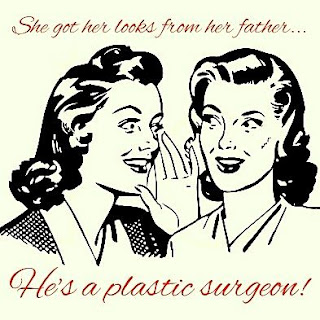 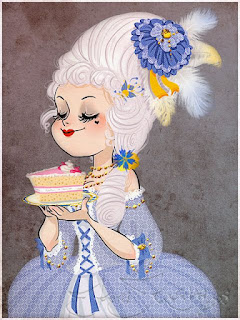 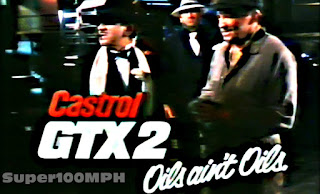 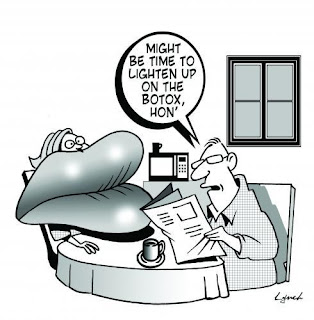 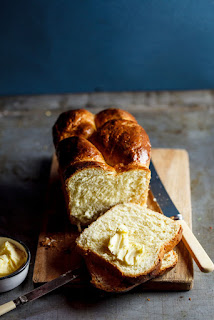 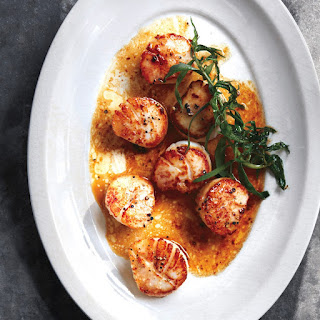 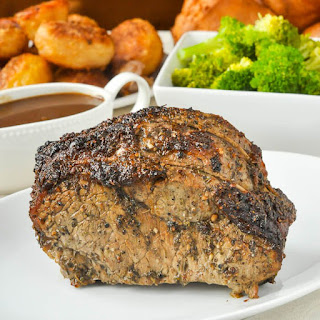 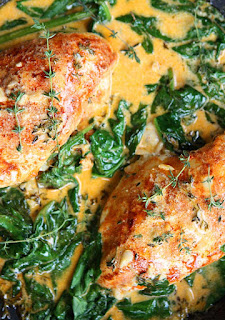 These days there’s too much artificiality around... for my liking, anyway; not that what I like or dislike counts for much.  But, it’s good to shoot the breeze...to air one’s thoughts.,,to chew the fat; wobble the jaw.... to wander and ponder ....

Not only are we continually being fed fake news, those who believe they control us by controlling our shopping and eating habits are continually trying to force us to fill our supermarket trolleys with fake milk, fake butter, artificial sweeteners, artificial ice cream, etc., etc., et al.   The list goes on ad infinitum.

Synthetic, manufactured, unnatural additives and flavours full of suspect chemicals worthy of in-depth investigation and banishment hold a permanent, disturbing role in food products.  The tiny print on packaging doesn’t enlighten the consumer.  You need a brain similar to that of Albert Einstein or Stephen Hawking to understand the gobbledygook, even if the print was legible.

Perhaps, artificial intelligence could be useful in helping us “normal” folk decipher the abnormal information given.   (In some instances, not many, I admit...I could be classed as “normal” - that could be debatable, I know)!

French chemist, Michel Eugène Chevreul who created margarine in 1813 was lucky he dodged the guillotine.

My head would’ve been on the chopping block if I ever dared use margarine when I cooked in restaurants.  Butter only – butter is better!

I’ve never used margarine at home, either, and not because I’m scared of the chopping block.  It’s what’s in the product that scares me.  The only thing margarine is good for is greasing the guillotine!

In the late 1700s, shouting loudly in an over-zealous, unladylike manner for all of France to hear, Marie Antoinette bellowed; – “Let them eat cake!”

The heartless woman’s frustrated exclamation lacked empathy.  However, the peasants, although poor, had discerning tastes.  If margarine had been used in making of the cake they would have politely declined, “Non! Non! Ma Reine!”

The famines engulfing France at the time caused a shortage of brioche – the delicious bread made with butter and eggs.  The thought of using margarine in the making of brioche is a thought too far even for my wild imagination.

Thinking about it, eons ago when I was a kid almost everything we ate was close enough to being organic.   Processed food wasn’t prevalent like it is now.

We were healthy; had no allergies; rarely got colds. We thought the “flu” with an “e” (we knew how to spell correctly) was part of a chimney – something that let out the hot air.

There is so much hot air floating these days.

Mark a product “organic” or “gluten-free”, and it’s open slather to jack up the prices....akin to the keys to the kingdom....

What also takes the cake is the desire for artificial boobs, butts, lips, foreheads, chins, necks and fake tans.

Taut, immoveable, smooth faces like Barbie and Ken are taking over the world!

I go into shock each time I see photos of “Cat Woman” aka Jocelyn Wildenstein.  To call her “Cat Woman” is an insult to cats.

Not within a cat’s whisker do my two felines look like her - thank goodness! Remy and Shama look good without having gone under the knife (except for reproduction reasons).  Face cream has never touched their plump cheeks. Often they each look like the cat that ate the cream, though...very smug, indeed!

For the record...I intend growing old disgracefully...a feat I’ve so far achieved with great success; and the natural process shall be allowed to continue, unhampered, not pampered.  No knives or needles filled with fillers, Botox or other similar artificial crap are allowed to come within cooee of me!

Let’s face it...I wouldn’t trust anyone coming at my face with a knife or needle in their hands!  Accept me as I am and how I look...if not...bye, bye!

I’m intrigued how the Kardashian clan, Nicki Minaj and others similarly afflicted, with their highly-pronounced butt implants, manage to sit down without rolling off the chair.

It’d be like sitting on a balloon...wouldn’t it?  Oops!


Brioche Loaves:  In small bowl, add 1pkt active dry yeast, ½ warm water and 1/3rd cup sugar; mix to dissolve. Set aside 5mins or until bubbles form and it becomes foamy. Put in mixer bowl; add 6 room-temp eggs; with paddle attachment, mix on medium speed, 3mins.  Decrease speed to low; add 2tsp salt; then add, 1.2 cup at a time, 4-1/2c bread flour. Stop mixer as needed to scrape bowl and paddle; mix until combined. Continue at low speed; add 1-1/4c unsalted, very soft butter, 2tbs at a time. Continue process. When dough is combined and formed, transfer to floured bowl; cover; place in warm place to rise 3-4hrs. Remove from bowl; knead on floured surface, 1-2mins; transfer to greased bowl. Cover with plastic wrap; chill overnight. Next day, split dough in half. Place each half in 2 greased bread pans. Cover with warm tea towel; allow to rise again, to about double the size, 3-5hrs. When dough has risen to near the top of bread pan - bake in preheated 190C oven, 45mins until crust is golden brown and springs back to the touch.

Chicken Breasts with Spinach-Butter-White Wine Sauce: Season 2 large chicken breasts with the paprika, rubbing it evenly over both sides; then season with salt and pepper — about 1/4 tsp each. Melt 1tbsp butter in a large skillet over med-high heat; add the chicken breasts. Cook on the first side for three minutes (or until crisping and golden); flip; turn the heat down to medium, or slightly less. Let cook for another 3mins before adding 4tbs butter, 1/4c fresh thyme leaves and 3 crushed garlic cloves. Cook, stirring the thyme and garlic around, for about 2mins before adding 1c dry white wine. Bring wine to a gentle simmer; let cook for 20mins. It will reduce, so add more, if necessary. Add 2 handfuls spinach, and let wilt fully. Season; make sure the chicken is done, serve with a grain of your choice; or pasta. 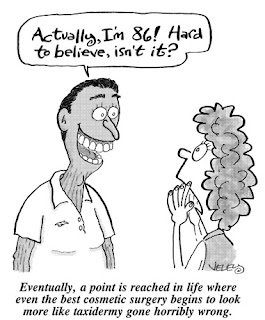 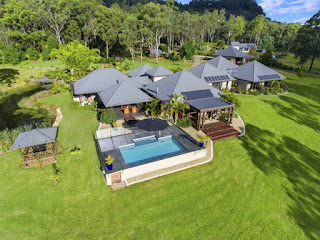 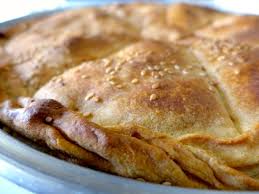 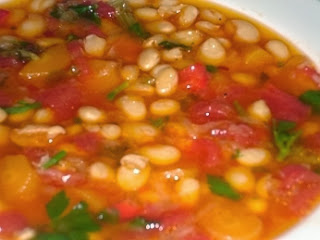 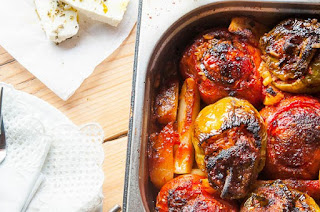 Monday before last was my Fun Day Monday.   Being the reclusive, happy hermit (by choice) I am, I let loose. I brushed away the cobwebs and dust (off me), discarded the mothballs, and donned my glad rags in readiness to hit the bright lights...bright sunlight.   It was a clear, sunny, warm day with a sky of brilliant blue above..

Once I’d checked my visa and passport were up to date, I took a deep breath and poked my nose out the door. After looking both ways, tentatively I ventured forth to walk the Walk, playing to the gallery.

To be honest, I’m not a paragon of virtue. I admit there are times when I “talk the talk”, but I these days don’t really “walk the walk”...it’s more of a “hobble the hobble”, with my trusty walking stick in hand.

Without a second thought, I tossed pride to the wind a few years ago.  Pride comes before a fall and with my wonky hips I choose not to fall.  So, my walking stick goes with me everywhere I go.  It’s a fashion statement....a statement I’m sticking by!

Monday of last week I became one of the “Ladies Who Lunch”, following the path of those portrayed in Stephen Sondheim’s Broadway musical, “Company”.

I was in good company.

Our hostess for the special luncheon held at “George’s Paragon” on Gallery Walk was a unique lady...a centenarian...not to be confused with a centurion.   However, Queen Dorothy, the Grand Dame of the Mountain, the mother of a good friend of mine, held court and was in command of us group of wayward girls. She kept the five of us under control.

Showing due respect (we’re fearful of the rod), we ensured our best behaviour was on show; minding our ‘Ps” and ‘Qs” while out and about in the public domain.  I think we passed the test because we didn’t get reprimanded.  Our conduct was praiseworthy– perhaps not mine.

On 22nd June, Dorothy hit a 100 not out.  At the time she was in an aged care facility down on the Gold Coast.  A big party was held in her honour on the day...with an Elvis impersonator present.

On Saturday, 24th June an afternoon tea party was held in Dorothy’s honour up here on the mountain hosted by her daughter and son-in-law at their home.  Family and friends from as far south as Coffs Harbour, Sydney, Canberra and Melbourne were in attendance, as were friends who live here on the hill.

The reason for the luncheon last week was Dorothy wanted to “shout” those who helped her daughter, Susan (my friend) put the party together – the catering etc.
I’m sure those who were present will agree an enjoyable time was had while around the luncheon table we sat, sharing genial conversation, laughter and delicious food - generous quantities of each.

About us were other contented gorgers gorging on the gorgeous food at George’s while admiring the colourful Greek Islands-influenced artwork on the walls.

I half expected Zorba the Greek to make an appearance.  If Zorba had appeared, without hesitation, I would’ve tossed aside my cane and joined him in his dance - not on the tables - of course.   How I love the book, the movie and the music – “Zorba, the Greek”.  I wrote a post a while back that I saw Mikis Theodorakis, the composer of the “Zorba, the Greek” soundtrack, live in concert at Brisbane’s Festival Hall back in the early Seventies.

I like to “kill as many birds with one stone” when I’m out, so I popped into IGA, our local supermarket, on my way home.

There I was, incognito, minding my own business, putting mandarins into a bag when I was accosted from afar by a maniacal Sir Loin aka Nathan, the young butcher.  I swear he was brandishing a meat cleaver. (That latter sentence may be untrue).

Hurling abuse from one end of the rather large store to the other, he bombarded me with questions, severely admonishing me, demanding to know why I was shopping in the afternoon, not early morning as I usually do.

His genteel appearance doesn’t fool me - it’s a facade!

Duly contrite from my dressing down, I promised I’d abide by his rules; that I’d never again dare break them.

If, for some inexplicable reason I felt the need, I gave my word to call beforehand begging his permission.

Saluting in repentant servitude, I then continued shopping...quietly... in the hope I’d not draw further attention.

Is nothing sacred anymore?

By George!  I love living  here on the hill, surrounded by good, fun people and great eateries; but, upon my return home, I had to apologise to my two furry mates for my lengthy absence...contritely I handed them my note...while begging their understanding and forgiveness.

Gemista: Slice 2 large potatoes into big pieces. Slice-off the top of 8 large tomatoes and 4 green capsicums (keep the tops); use a spoon to remove the flesh without tearing the skin. Remove the capsicum seeds. Sprinkle the sugar inside tomatoes. Put the vegetables upside down on a baking pan to drain. Prepare stuffing: Put flesh of tomatoes and capsicums in pan; add 2 large finely chopped onions, 1 finely chopped bunch of parsley, half cup of olive oil, salt and pepper; bring to boil. Remove from heat; add 1-1/2c white rice, 1/2c raisins and 3tbs mint or spearmint. Arrange tomatoes and capsicums in baking pan; fill with stuffing; place the potato chunks between them. Place cut off tops on stuffed vegies. Sprinkle with olive oil and with breadcrumbs. Bake at 230C, 60-80mins. 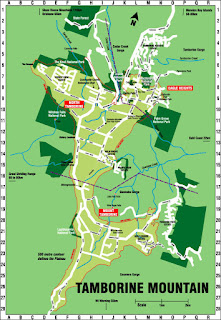