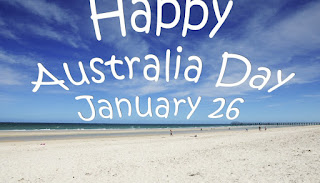 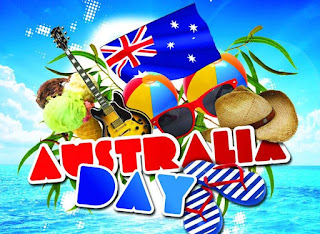 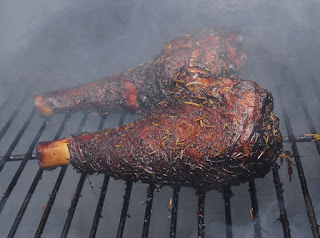 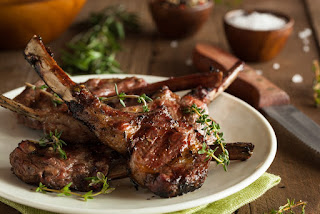 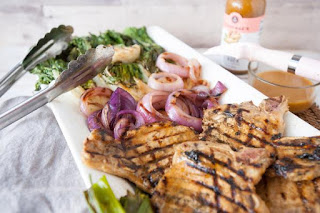 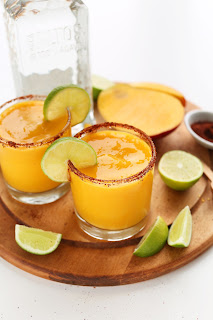 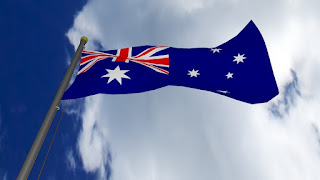 (Blow me down!  January, 2018 is almost at an end.  My post below is written tongue in cheek, which is far easier to do than if I tried to write it while sitting on my hands, by the way.  It is just a bit of Aussie humour.  Some of you will be able to decipher it...others...well, that may be another story.  No offence is intended...and I hope none is taken).

Strewth!  I’ll probbly get into trouble for callin’ all youse blokes an’ sheilas out there “blokes” an’ “sheilas”, but, fair crack of the whip!  Wot next?

Has everyone gone bonkers an’ lost the plot lately?  They’ve all gone to the extreme an’ beyond by becomin’ blinded by political-correctness.  There’s a limit to everythin’, I tell ya!

Soon we’ll be afraid to open our mouths – evah!   When it comes to some jackasses that wouldn’t be a bad thing!

‘alf the time I’m standin’ around like a stunned mullet at some of the stuff that’s been goin’ on, an’ bin said.  Flamin’ galahs, the lot of ‘em!

There away with the pixies - the pixies must be havin’ more fun than I am. I better go an’ ‘ave a Captain Cook!

Often I think there not the full quid - an’ I aren’t referrin’ to the pixies.

Commonsense seems to be cactus.

If I’m not careful one of these days I’ll come a gutser.  I’ll  trip over me own jaw because it’s constantly fallin’ open to the ground in shocked amazement at what spews forth from the mouth of some dingbat or another.   It’s a wonder I don’t ‘ave gravel rash on me jaw!

I wish they’d all jest belt up – hit the turps; crack a tinnie; suck on a few - chill out, an’ gimme a break!

With me mouth constantly open I’d make a bonzer fly-catcher.  I could hire meself out, an’ make a quid or two. Holy dooley! That’s a good idea!  Why didn’t I think of it before?  A bit slow, I reckon.

Nowadays when you’ve got a cold or the flu you’d probably get put in the clink for sayin’, “I’ve got the wog”!   Deadset!

Things are changin’ around us; an’ not always for the better.

As regular as after a dose of salts there’s always some yobbo bein’ precious; spittin’ the dummy, wavin’ his/her arms in the air protestin’ about somethin’ or rother.

Often she/he (no gender neutral here) aren’t even aware the posters there wavin’ about are upside down!  D’oh!

Probbly ‘alf of ‘em don’t know what there protestin’ about...a mob of sheep followin’ a mob of sheep, an’ each don’t ‘ave a clue where there goin’!

I feel like tellin’ ‘em to rack off!  They make me crazier than a cut snake!

Some of ‘em ‘ave been out in the sun too long, I think - they’ve gone troppo.   Bloody drongos!

Fair dinkum! It might be fun bein’ a lush...if I was flush enough to be one, that is.  Too right it would!  No dramas!

I don’t know how a pork chop carries on, do you?  Do pork chops even carry on?  If youse ‘appen to see one bein’ a pork chop, gimme a bell.  No worries if ya forget.

It might explain the odd noises I ‘eard comin’ from me fridge last night.  It was the pork chops knowin’ they’re gunna be tossed on the barbie tomoz.  I reckon I’d carry on, too – spit the dummy - if that was me fate.  I’d scoot before it was too late!

I shoulda took a peek. Sussed it out, an’ tried to calm ‘em down; but if I’d opened me fridge door they’d of gone off on the lam with the lamb chops! Then I’d ‘ave to go by shank’s pony to catch ‘em in the middle of the night!  Bugger that for a joke!

Strike a light! I’ll be stuffed!  Now they wanna change the date of Straya Day!  Dinky-di! They’d steal the milk out o’ yer tea, if they could!

I’m gunna change me birth date.  I’ll ‘ang onta the day an’ month, but the year needs ta go, if you get me drift...shave a few orf.  On me next birthdee I’d be chuffed to find I’d turned a few years younger.

I’m gunna be flat chat in the mornin’ of Straya Day - puttin’ together a couple of platters to take with me to the “lane/court” pardee in the arvo.

I promise ya...I’ll be good as gold..  on me best behaviour at the bash.

I’ll whack on some lippy; grab me sunnies.  Not that I’ve got tickets on meself – I’m not skitin’ - but I reckon I’ll look like a bit of a spunk – a bit of orlright in me new slacks an’ top...with a few gold chains around me neck to set me outfit orf.

We’ll all bend the elbow an’ chew the fat. We’ll have a few laughs, an’ ‘ave a good ole yarn, but no one will get paralytic. No booze bus needed. 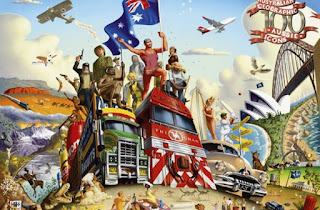 COME ON, EILEEN! LET’S BE KEEN ABOUT TWENTY-EIGHTEEN! 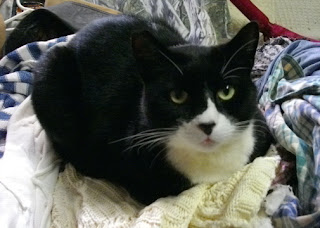 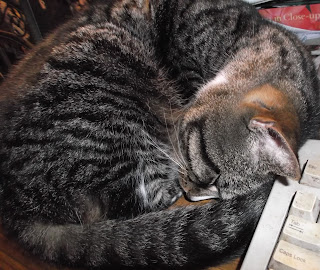 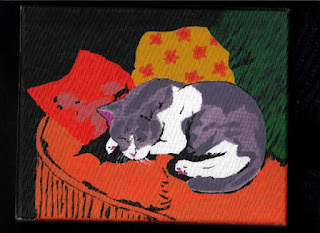 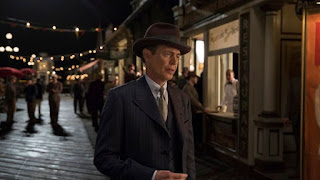 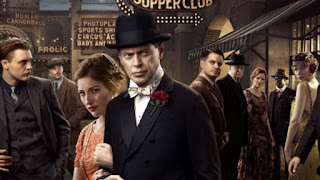 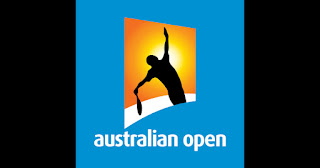 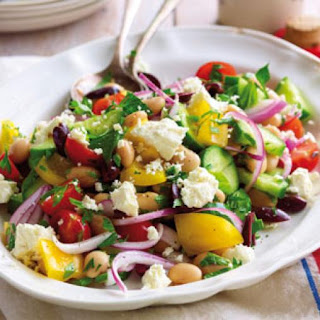 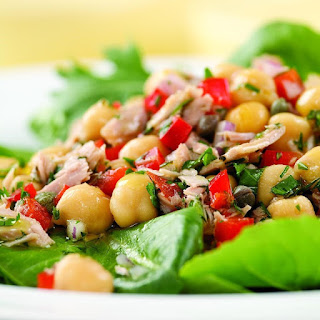 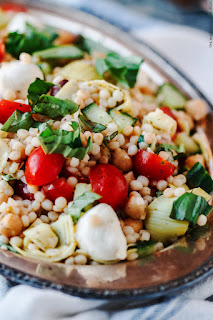 Flashing by at the speed of light, 2017 made 365 days seem like 182!  Already the past 12 months are a blur.  In some instances, that’s good.   If you’re not already aware - the Mad Season is all over Red Rover. Don’t be fooled into thinking otherwise because, you see, upon opening the fridge, glaring back at you bedraggled scraps of ham desperately hanging onto the bone; or you discovered fruit mince tarts and a square of Christmas cake hiding on a shelf.

In truth, I still have some of my Christmas fare left - not a lot - but none will go to waste.  Already, as I mentioned in a previous post, I’ve enough pea and ham soup stored in individual containers in my freezer to see 2018 out!

Already half way through January, I’m a few steps behind in catching up with my New Year postings - more than a few when I take note of the date.  It’s okay...I do have a very valid excuse for being a tardy blogger.  After my explanation below, a note will not be needed.

My Christmas-New Year period was spent with my two best friends. I couldn’t have wished for better company.  The avidity of the humidity sapped our energy - an excellent excuse to halt any thoughts of unnecessary activity.

Because my mates are experts in the art of lounging, sprawling, loafing and reclining, I followed their lead.  I’m a quick learner when the need arises.

Feeling no guilt, and with no one to answer to, we three were happy to loll around like sloths through the steamy, steamy last couple of days of 2017, and the first couple of weeks or so of 2018.  It’s still quite warm here, but with the humidity giving us a rest – temporarily, no doubt – it’s not half bad.

My four-legged friends and I watched the cricket, the start of the Sydney to Hobart yacht race and the tennis; still sweating, but not sweating the small stuff, or the big stuff.  Mostly, my furry rascals snoozed while I kept a look-out.

In between the various sporting events I binged, but not on food or liquor.   Not a drop of alcohol has been imbibed by me since the pre-Christmas party I attended at my landlords’ home on the Wednesday evening prior to 25th December.  How boring am I!!?    (Don't answer that)!
Australia Day is coming up...Friday, 26th January, and I intend letting my hair down, and kicking up my heels by having a couple of liquid liquor refreshments in the late afternoon.  A small street party has been organised by the good folk up the far end of this lane.  It will include the folk in the lane that runs parallel to this one, as well...if they choose to enjoy our company, that is.  If not, they don’t know what scintillating company they will be missing out on!

However - back to my hectic schedule of the past few weeks leading up to this very moment....

Strolling along Atlantic City’s boardwalk with Enoch “Nucky” Thompson and the mob in “Boardwalk Empire” I had a bird’s eye view of the fun, games and rackets of the Prohibition era; a time when, ironically, banned alcohol flowed freely. It was a binge-worthy series.  No money was spared on its production.  It's a fabulous series, brilliantly produced, directed and acted.   With the two Executive Producers being Martin Scorsese and Mark Wahlberg, one could not expect anything less.  The soundtrack is also superb.   If you've not watched the series...I highly recommend it.

My roomies and I were bereft at series’ end.

Nucky had departed, but lucky for me the tennis gangs, with their racquets arrived.

It began with The Hopman Cup (held in Perth, capital city of Western Australia) and The Brisbane International...held in....well, Brisbane, Queensland’s capital city.  After a bit of fun courting the nets in Sydney, the Australian Open being held in Melbourne, now has my undivided attention.   This addiction hits me every January.  I battle my way through without need of going into rehab..it is touch and go at times, though.

I do love the tennis.

Resolutions are not on my New Year’s agenda – I don’t have a New Year agenda - other than to discount what the “experts” tell me to eat and what not to eat; how much and how little to eat; how to eat it, and when to eat it – even when not to eat it!  Fingers will always be “in” in my book.  Saves on the washing up!

The advice changes daily so there’s no point being excited about the latest best thing since sliced bread.

Hopefully, we’ve seen the last of glass jars as drinking vessels!  To the scrap heap with activated charcoal, chicken sashimi and air diets.

Take heed!  You heard it here first...the 2018 craze is bindi-eye needles and crushed onehunga-weed leaves.  In case you’ve a hunger for weed - “Onehunga-weed” is bindi-weed.  The leaves are parsley-like; no one will know the difference.  Dried, crushed bindi-eye needles substitute for cracked black pepper.

Along with cobbler’s pegs, they’ll be the next best thing since Cherry Ripes...close, but no cigar!

As with most of the fanciful nonsense we’re told, follow my above advice at your own peril!

You have been warned!

On the other hand, in some parts of the world black jacks aka cobbler’s pegs are used as a food or medicine source. During the Vietnam War soldiers adopted cobbler’s pegs as a vegetable. It became known as the “soldier vegetable”.
It could be said I’m not as mad as I seem after all - it’s your call...