BLOWIN’ IN THE WIND… 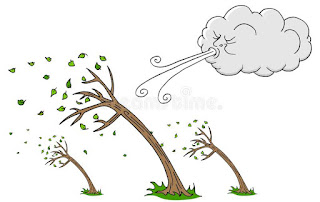 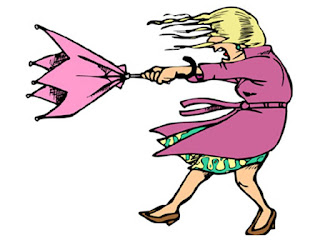 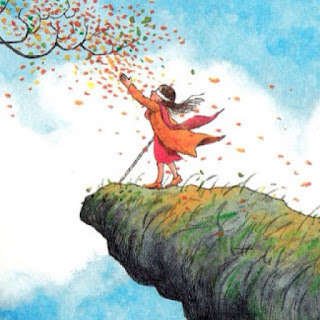 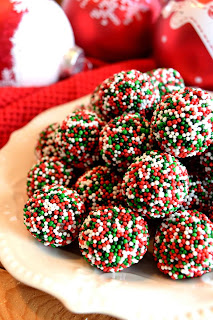 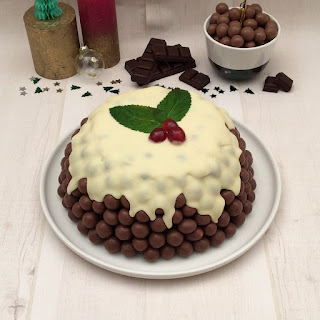 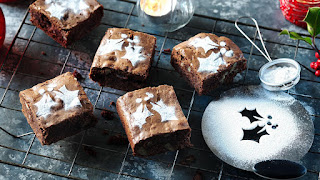 I hear tell there was a lot of hot air floating around at the Glasgow Climate Summit a few weeks ago when old Joe “Bidin’-His-Time” Biden met up with Camilla, Charlie’s other half.  What a blast!  It’s reported he left a lasting impression.  Having missed out on the explosive history-making moment, Charlie must have been off in a corner upwind somewhere, out of sight, away from the draft, sneaking a wee dram or two of Scotch, leaving Camilla to cop the thundering blow on her own.

At least, the poor old cattle were let off the hook for a change.  For once they were not held responsible for the increase in methane emissions.  The cows and bulls were grazing around on the bonnie green banks of Loch Lomond trying/failing to disguise their giggles, relieved and glad the blame had been lifted from their shoulders.

Who knows…perhaps, prior to the Summit, Joe Blow had been biding his time in Chicago, the Windy City, and had learned as few tricks in how to entertain the crowd.

Not sure which way the wind was blowing, shaking her head, Greta What’s-Her-Name, humorlessly, as is her wont, declared all the hot air floating about proved she was right as always (or as she always believes)…“blah-blah-blah”…yada, yada, yada.  Turning away in disgust, Greta was terrified if she smiled the wind would change at that very minute, and she’d be stuck with a smile on her face, and that would never do, would it?

The little Swedish blowhard believes it was appropriate Bob Dylan received the Nobel Prize in Literature, the Swedish literature prize that’s awarded annually.  The excellent, informative documentary “Rolling Thunder Revue: A Bob Dylan Story by Martin Scorsese” certainly would’ve helped in making the decision as would, of course, “Blowin’ in the Wind”.  The brilliant documentary is suggested viewing, in my opinion.

As expected, already I’ve watched the documentary twice.  How could I not? Dylan played an integral part in my teenage and early adulthood years.  However, I didn’t always abide by his advice.  For instance… “Don’t Think Twice, It’s All Right “.  Times were a-changing.  Just like a woman, I believed further thought was necessary. There were times, finding shelter from the storm was important, too.

Ageless Rod Stewart, with his new song, “One More Time”, could be suggesting I watch the Rolling Thunder Revue doco again.  Stewart’s lively performance on “The Graham Norton Show” made me want to watch the Highgate lad’s highly enjoyable segment more than once.  So, of course, I did.  At time of writing I’ve lost count the number of times I’ve watched it. Just as I can guarantee Christmas is around the corner, I can guarantee the number of viewings will multiply.  Rod’s mischievous nature, cheeky glint in his eyes, and wild, unruly hair are impossible to ignore. His agility for a person of his age is to be admired and envied.  I certainly couldn’t match it, although I couldn’t help moving along with him, my way these days, while I watched him sing and swing in his latest performance.

Once upon a time, in years of yore, I was a permanent fixture up rocking on the dance floor, whatever, whichever floor…wherever the floor may have been…when the music began rolling.  Oh! How I loved to dance…and dance I did!

Each time I listen to Roderick David Stewart’s new single, the urge takes hold; the years disappear, proving one more time is not enough, and age is just a number…no matter the number.

It’s like that when it comes to chocolate, isn’t it?  Just one more bit… just one more…and another.  Wow! Have you noticed they’re making chocolate blocks smaller these days?

Christmas Brownies: Preheat oven 180C; line 30x20cm tin with baking paper. Gently heat 30ml brandy; add 100g dried cranberries; leave to soak. Melt 300g dark chocolate and 200g butter in a bowl over pan of simmering water. Stir gently until smooth; set aside to cool slightly. In bowl, whisk together 4 eggs and 300g muscovado sugar until pale and fluffy. Whisk the chocolate and butter mix into the eggs; gently fold in 200g plain flour, 1tsp mixed spice, 100g roughly-chopped pecans, cranberries and brandy until fully incorporated. Pour into prepared tin; smooth surface; bake for 25-30mins, or until the brownie is firm to the touch. Leave to cool in tin for 10 minutes; then place on a wire rack until cooled completely. Once cool, cut into squares and dust the tops with icing sugar. 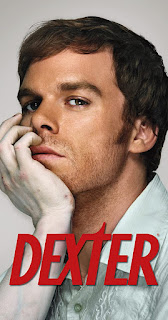 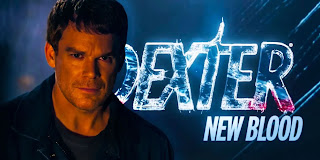 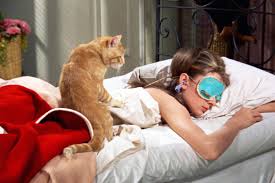 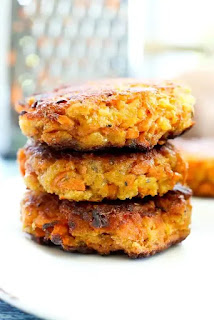 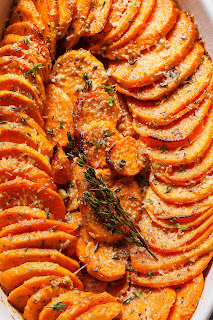 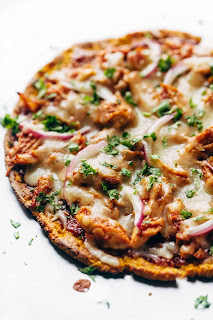 Often it gets to the stage I need to reaffirm what I already know…and don’t know… to reach the realisation what is, is.  Facing the facts…I yam what I yam…let it be…

At the age I am now what’s the point of changing, anyway?  Only capable of being me, my own true self and I, trying to change would be a pointless endeavour.  I know there are some who would disagree with me.  However, that is how I feel…and only I feel how I feel…if you understand my meaning.

Who would I become and, who would I be trying to impress?  Attempting to impress others is a pointless exercise, in my opinion.  Accept me as I am, for who I am…or move along.  There’s nothing to see here.   A boring, old….am I! You can fill in the blanks as you see fit. I shan’t be offended.  The reality is, only I know who I am.  So be it…there is the answer, let it be.

A while back I wrote about watching movies and TV series, and reading books more than once.  I jumped for joy when “Dexter; New Blood”, the new season that has begun on Paramount Plus.    Without hesitation, I immediately subscribed to Paramount+.  I had to meet up with my old mate again!  It’s been eight years since “Dexter” left our screens.  I welcomed him back with open arms, and once again I’m hooked, after just one episode.  In bingeing mode, I’ve begun re-watching the original series.  So far I’m into Season 2…with still another six seasons to follow.  And yes…I am enjoying it as much as I did the first time around…if not even more.

Proving how boring and predictable I am, a few Sunday afternoons ago “Breakfast at Tiffany’s” was again on TV.  For old times’ sake I intended watching only a couple of minutes of the movie I’ve seen numerous times. Two or so hours later, there I was still glued to the screen, tears streaming down my cheeks, as they always have done in past viewings. The final scene with Holly, Paul, and beautiful Cat in the drenching rain always gets me…nothing changes…

My initial introduction to Holly Golightly and Cat was in early 1963.  Back then, I, too, had a beautiful ginger cat, named, “Cat”.   My first viewing of the movie was one Saturday evening in Brisbane. Gympie was my hometown at the time. I’d travelled to the “Big Smoke” to spend the weekend at a friend’s place in Ashgrove.  It was love at first sight (for the movie). Being the person I am, the feeling hasn’t diminished…and isn’t likely to change. This I know for a fact, as if it were engraved on a Tiffany’s ring. Each time I hear “Moon River” tears make their presence known.  Yep!  I yam what I yam!  I can’t help it!  Let it be….

Among my treasured mementos I have a silver key holder and silver telephone dialer, both from Tiffany’s, 727 5th Avenue and East 57th Street, Manhattan.  Gifted to me they were from a special person, who, although, no longer with us, will always remain special to me.  It is Randall, my ex-husband, to whom I refer. I’ve mentioned previously that Randall spent nigh on a decade living and working in New York City from the mid-60s to the mid-70s before he returned home to our wonderful Land of Oz.  (Dorothy had nothing to do with it, nor did Toto, Tin Man, Cowardly Lion, or Scarecrow. I admit there are times I could be mistaken for the Wicked Witch from the West…and for Scarecrow).

Of course, it’s a laid-down open misère…it really should go without saying, but I here I go, anyway…I’ll watch “Breakfast at Tiffany’s” again; no doubt more than once again…because it’s what I yam!  Doing so hurts no others.  Does it matter in the whole scheme of things if I do?  A clue…the movie is permanently on my recorded list, too. Truman Capote didn’t know what he started when he wrote the novella upon which the movie is loosely-adapted. Years ago I read the novella…twice.  The book is here somewhere among my paper tomes. Perhaps, seeing I yam what I yam I should dig it out, and read it again.

Because of events beyond my control of late…the evil work of hackers…in the words of Holly Golightly, I’ve had a massive dose of the “mean reds”, with anxiety levels beyond the moon.  Eventually I’ll dig my way out…because I yam what I yam. In the meanwhile, I’m weary of being told to breathe.  I’ve been breathing for many years; through good times and bad, and all those in between; onward through the years as I’ve attempted to reach adulthood.  Maybe, I’ll achieve the later one day.   So be it…I yam what I yam…let it be…