THE IMPORTANT THINGS IN LIFE….. 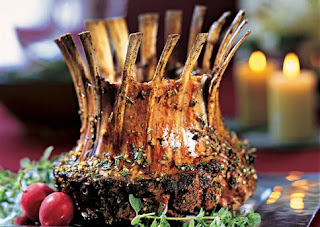 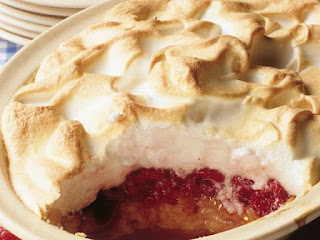 One of which is not keeping up with the Joneses, or, for that matter, the Kardashians.  I’ve no desire to keep up with either, and, never have I.

In the material sense, I have little.  The little I do have is worth little.  However, I do have a treasure trove of memories…good, bad, and ugly; happy, and sad…all of which are important, and worth a fortune to me.

Often I’m accused of having a good memory.  Without reservation, I plead guilty, Your Honour!

A precious memory from long ago remains permanently clear. In 1954, at Gympie’s railway station I jumped aboard a railway carriage (stationary at the time), with a steam engine at the fore.  Along with my fellow Brownies, Girl Guides, Scouts and Cubs, I was off, not to see the Wizard of Oz, but off to Brisbane to see Queen Elizabeth.  It was the Queen’s first visit to Brisbane, and mine, too.  Proud I was to be part of such a memorable experience.  My excitement was almost tangible.

Later, in 1970, I was amongst the crowds lining Brunswick Street in Brisbane’s Fortitude Valley to witness the Queen and her handsome prince pass by.  In real life the Duke of Edinburgh was very handsome.  Photos didn’t do him justice.

Queen Elizabeth was a remarkable woman…an amazing human being…one who upheld the promise she’d made all those years prior at the tender age of 21 years.  She exemplified what is important…dignity, compassion, respect, decency, tolerance et al.  Queen Elizabeth will be missed, but not forgotten.

It’s important to aspire to have similar values.  A far better world it’d become if we did. She weathered many storms with stoic grace.  Every family has its problems, but most families aren’t under constant, intrusive scrutiny by the media and overly-inquisitive others; having to deal with imagined stories as well as the harsh realities of Life.

It’s important each one of us has good manners; has self-respect; respects others, and respects the property of others. There are times we may feel alone, but Robinson Crusoe we are not.  Reach out.

It’s extremely important for parents to teach their children well. In too many instances these days I think parental control is lacking. Too many kids are running riot, with no consideration for others.  Youth crime is prevalent, and, unfortunately, growing, it appears.

Burning our national flag is indecent, disrespectful, disgraceful behaviour.  The behavior of some during our national public holiday last Thursday in honour of the late Queen was shocking, shameful, and contemptible. Why anyone would want to embarrass themselves in such a way…put their ignorance on display…beats me.

One of my earliest memories is of my first pet…my cat, “Socksie”.  Socksie, named so because of his four white paws, entered my life when I was a wee toddler.  I loved him with all my innocent little heart.  Each night I tucked him up in my dolls’ pram, and there he’d patiently remain until I went to bed. Vividly I remember the last time I saw him…around 10 pm on an April night in 1948 at Mackay railway station.  It is too sad of a story to relate here...I have told the story in a previous post.   My memory and love for my dear, beautiful Socksie remains cherished and undiminished.

Many long-lasting memories were made when I lived and worked on both Hinchinbrook Island and Newry Island in North Queensland.  Most are happy, fun-filled memories.  Naturally, as it always is along Life’s path, there are a few memories of those times that aren’t bright and cheerful, but, rather than burden you with those tales, I’ll shove them aside, and let them wallow in their own sorrow. 99.9% of the guests were great. The few who weren’t I felt like shoving into the ocean.  Importantly, exercising admirable willpower, I restrained my urges.

Having a sense of humour is of utmost importance.  Take my word for it!  I know what I’m talking about. When I look in a mirror, I either get a hell of a fright, or I burst out laughing. The latter is more often my reaction.  Tears are heart-wrenching and draining.  Laughter is uplifting and important.  In both cases having a box of tissues handy is important.

It’s important to count your blessings, no matter how few…there are always others with less.