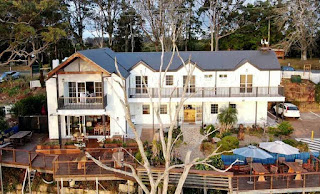 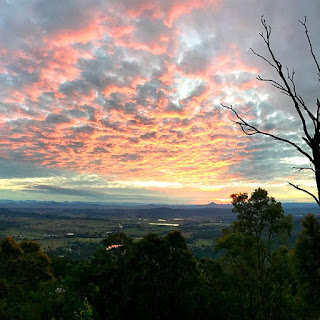 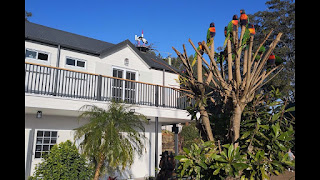 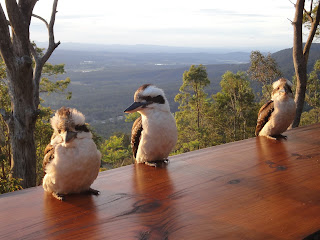 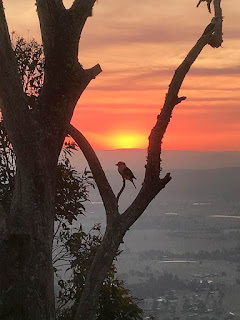 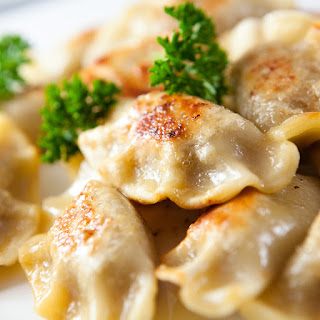 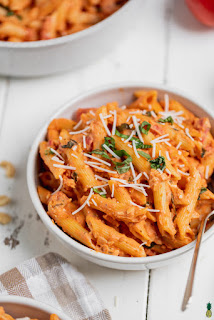 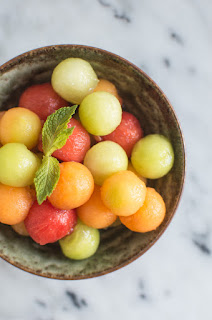 “Patience and perseverance have a magical effect before which difficulties disappear and obstacles vanish.”

I feel it’s fitting to begin what I wish to express herein with this quote by John Quincy Adams who, from 1825 to 1829, was the sixth president of the United States. His insightful passage means as much today as it did when first spoken.  The words certainly apply to an extraordinary couple – respected members of our mountain family – Phil and Ania Sowter.

Being the hermit, by choice, I am, very rarely do I venture out after sundown.  By the way, in case you’re wondering, I’m not a werewolf.

For clarification, if precision is required, I wander out and about in the daylight hours only when necessity demands or, most importantly, after my two furry roomies have given me a nudge (kick) while pointing to their food bowls.

However, late afternoon on Tuesday 22nd October, I broke my habit, and changed into a different habit.  I dug out my glad-rags; donned my glad-rags, and was glad I did.
My destination was The Polish Place...to attend the official opening of the new-constructed premises.


A few days earlier I’d received an unexpected surprise.  All surprises are unexpected, I know, unless someone has let the cat out of the bag beforehand, and you have to pretend stupefaction.  I wasn’t forewarned about this surprise...out of the blue it came...

An invitation to attend the official opening of the newly-constructed restaurant...The Polish Place...was extended to me.

I felt honoured to have been invited to partake in the special event.  Not knowing the owners, or any members of their family, and having only once patronised the original restaurant for lunch about 14 years ago - give or take - my feeling of surprise was not surprising.

My reaction was noted by the young woman who telephoned me to extend the invitation.  When I asked why I was an invitee, she told me the owners, Phil and Ania Sowter had been moved by, and very appreciative of the article I’d written earlier this year about the fire, the re-building of the establishment – “The phoenix rising...”...(See Chapter One herein....)

I’d not met the owners until last Tuesday evening/late afternoon.

The interior of the restaurant, the large outside, tiled area and the expansive deck were filled with invited guests, including Greg Christensen, the Scenic Rim mayor (I mix with royalty, but keep that part of my life to myself).  The majority of faces I didn’t recognise.

As I entered the main restaurant area a smiling Ania Sowter greeted me, by name, with much warmth, a kiss on the cheek, and a lingering hug.  I reciprocated, naturally.

Ania reiterated what Johanna, the lass who had originally phoned me, had said. Ania told me she and her husband had been overcome by, and appreciative of my article that had appeared in the local weekly rag, the “Tamborine Times”.  The words I’d written – the emotions expressed - were the reason I received the invitation to the opening.

With her arm still around my waist, Ania then turned and pointed to wide expanse of a wall in the central dining-cocktail bar area.  The wall and fireplace ahead are the first things seen as one enters that area.

Upon the wall, above and around the fireplace is a large, colourful painting/mural depicting a phoenix rising from the ashes.  It’s quite a magnificent artwork done by a dedicated regular visitor to the restaurant and the adjoining accommodation chalets.

Ania said she and Phil commissioned the artist to do the painting...inspired by my article.   (See the youtube video link below...which includes the painting to which I refer....)

My eyes again filled with tears that threatened to overflow. I was overcome by her unexpected revelation.  I am a big sook. I never back away from admitting I am a softie.

The painting was something I’d not at all expected...not in a million years!   How on earth would I expect something like that?

I had to check my emotions before I completely burst into tears making a total idiot of myself in front of someone I’d only just met for the first time!!!!

What a stunning, colourful painting it is...and what a wonderful surprise for me it was.  I’m still overcome my article inspired something so beautiful.  I doubt I’ll ever get over this feeling... to be honest, I don’t want to!  It’s not often...if ever...something like that happens...to me, anyway.

(This video, which goes for about 14 minutes, is of the new premises. About four minutes into the video...the phoenix rising painting is displayed....and then again a couple more times further along in the video.)

The brand new restaurant is magnificent in every way...from the delicious food on offer; to the vast array of beverages to satisfy discerning tastes; an unlimited variety of vodkas....to the unreserved, genuine hospitality shown to guests.

I give a special shout-out to Johanna...a young woman who is lovely in every way possible.  She and I chatted at length.  When it came time for me to depart, she walked me to my car. It was easy to see why she is in the hospitality industry.

I didn’t catch the names of all the staff present...but each and everyone were worthy, pleasant, efficient young men and women.  Any establishment would be proud to have them on board.

The devastating fire that would have, understandably, crushed the spirits of many others didn’t stand a chance against the indomitable wills of Phil and Ania Sowter, the gracious, welcoming hosts of The Polish Place.

Each time I drove past the construction of the new premises my heart soared to the heights, higher than an eagle soars. How could one not be affected and inspired by Phil and Ania’s strength of purpose?

Heartfelt, good-humoured speeches were given in front of a panoramic backdrop made up of the western valley below and beyond.

The splendid scene was further enhanced, not only by the setting sun, but also by the presence of five well-behaved kookaburras and a courteous butcher bird.  Quietly, each listened intently while perched on the limbs of a tall, stately dead tree silhouetted majestically against the stunning background.  The opening wasn’t solely for humans, you see.

Two sociable dachshunds hoping to score a pierogi or two mingled with the guests. A beautiful ginger and white cat lorded over proceedings from a waist-high perch in the hallway leading to the bar/dining area, keeping tabs on the dogs’ manners. The puss allowed me to pat him/her on my way out...and even licked my hand.  Boy! I had to explain that to my two furry mates when I arrived home!

During the course of the event, I met the artist who created the painting...Peter...I didn’t catch his surname.  Apparently, he has known Ania for over 40 years...from before Phil and Ania first met...down in Adelaide, shortly after Ania arrived from Poland, and prior to their move to this mountain greenery 31 or so years ago.

Peter, I was told, did the impressive large lead-light windows that were much-admired features in the original building.  As Peter and I chatted after we’d been introduced, he told me he lives in Sydney, but one weekend a month...every month...he and his dog drive north from Sydney to Mount Tamborine to spend a few days at The Polish Place...staying in one of the nearby chalets.   I don’t think he and his dog take turns in driving!

There was a large crowd in attendance at the official opening.  The Sowters, and their establishment...the restaurant...and the accommodation cabins...are very popular.  From what I learned by meeting them on Tuesday, they are quite wonderful people.  Ania is a ball of happy, lively energy. I feel honoured to have been invited to the official opening.

I phoned Ania the following day to thank her and Phil for the invitation.  She said we must get together over coffee...and we must.

I'm glad Phil and Ania invited me to the opening of their newly-constructed restaurant and home – The Polish Place.  I wish them every success under the rising and setting sun.  I have no doubts whatsoever they will continue to achieve their dreams.

Deservedly, Phil, Ania, their family, their establishment, and their staff are admired and respected by hordes of folk...locally, and from afar.

It’s a lay-down misère Phil and Ania’s dreams will come into fruition.

Whatever the mind of man can conceive and believe, it can achieve...


Pierogi:  Dough: In a large bowl, mix 1-1/2c plain flour, 1c sour cream, 1 large egg, and 1 large yolk, beaten, 1/2tsp salt and 4tbs melted butter together until just combined. Turn dough out onto a lightly floured surface; knead a few times until dough is pulled together. Cover with plastic wrap and allow to rest at room temperature while mixes the filling. Start to boil a large pot of water. While water is coming to a boil, brown 1-1/2 sliced onions in a pan with ½tbs butter. Continue to brown until onions are completely caramelized; remove from heat. When water has come to a boil, add 375g potatoes, skins on; boil 15-20 mins or until soft. Drain, and then peel as soon as possible.Mash potatoes in a large bowl. Mix in the caramelized onions, 3tbs sour cream, 1-1/2tbs Dijon mustard, 2-1/2tbs butter, and 125g grated Gruyère; season to taste. Turn dough out onto a lightly floured surface. Knead a couple of times; then roll out until 1/8 of an inch thick. Cut into 20-25 rounds using a 3 ½ inch biscuit cutter or drinking glass. Place rounds on a floured baking pan. Scoop a flat tablespoon of filling onto half of each round and brush water on half of each round. Fold round over, sealing the edges and making sure no filling escapes or oozes out. Boil pierogi in boiling water for 5 minutes each. At this point, the pierogi can be stored in the refrigerator for 3 days or at room temperature for a couple of hours in a shallows baking dish and well coated in vegetable oil. Brown pierogi in butter, or bacon fat before serving; season to taste. Serve hot with sour crea.Garnish with crispy fried onions, bacon and chopped parsley, if desired.