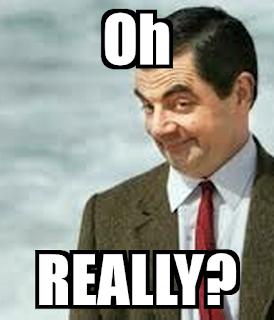 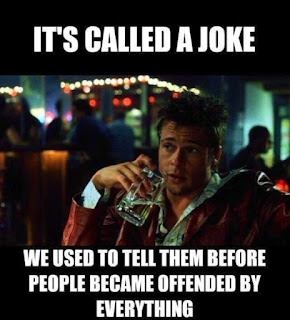 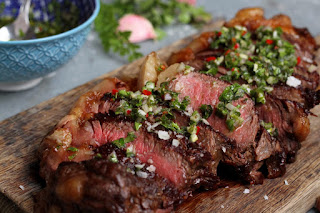 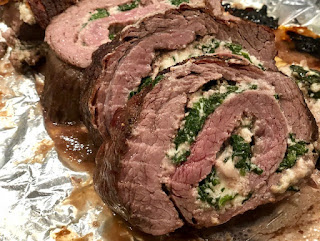 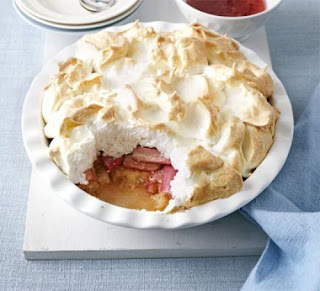 Another absurd brain explosion has struck the over-zealous, gender-neutral, politically-correct “pundits”, who are, apparently, multi-taskers with far too much spare time on their hands.  Simultaneously, they waste energy, jump up and down, brandish posters, flap their gums, and wave their arms in the air.

How much more fetid garbage can they create to foist upon others?

Their nonsensical gibberish is a figurative, non-literal form of littering in my opinion, but, then, what would I know - the mere mortal, country bumpkin I am!  ***


The story about a number of Brisbane’s private schools having adopted the use of gender-neutral religious terms rudely takes the cake!  Come on!  No more “father”, “son” and “Lord” etc., in prayers and services!

The way things are going the Himalyas will disappear into the ether.  Being known as the Heralayas won’t be allowed by the political-correct brigade.  The Asian mountain range will become Themalaya, or Theyalayas.  Who is laying whom, I wonder?

If the “experts” have their way all gender-specific words and terms will require re-evaluation.

Manhattan, as shown in the above title will disappear; ferried across to Staten Island.

Bridesmaids will be taboo, becoming bridesthing.  Matron won’t be honoured.

Boyfriend and girlfriend will join the banned list.  Husband and wife are gone. Mum and Dad become “Hey, you!”   Daughter and son will be shoved out the door causing an onset of early empty nest syndrome. “Jason” becomes “Ja”.

The Portuguese Man o’ War jellyfish, Red Emperors, Daddy Long Leg spiders, Lady Finger bananas, mangos, mandarins, boysenberries, damson plums, Pink Lady, Granny Smith apples, and the like will have to go.  Off the high jump with them, head first into the deep end of the pool never to be seen or heard of again.

Furthermore, bad news for...dare I say...little boys and girls... Father Christmas will no longer be climbing down the chimney.  What a shame! Poor old Santa wasted so much time going on the Jenny Craig and Weight Watchers’ Diets, too!

Manage, management, manuscript, manpower, etc., – they’re in danger.
Will we be manipulated into not using those words?  Uh-Oh! “Manipulate” will have to hit the skids.

Maidenhair fern will be extinct.  Maidenhead lost forever. Manicurist will have to be filed away.

Perhaps the only escape for me is to go back to school to make sense of everything.
When I went to school it was co-educational...boys and girls together.  Each knew who and what the other was. Girls played with girls; boys played with boys; Boys teased the girls and the girls found subtle ways to get back at them.

I know there are a lot of ding-dongs around, multiplying faster than rabbits.  Too busy for hijinks, rabbits stand on the sidelines watching in bemusement at the idiotic behaviour of hu....

Stuffed Sirloin: Preheat oven, 200C. Firstly caramelise onions: Cook 1 large sliced or diced red onion and 2 minced garlic cloves in butter or olive oil on med-low heat until translucent. Add 2-3tbs honey, 1/4c balsamic, 1/2tsp thyme; season. Simmer until it’s a syrup consistency. Remove from heat, use right away or store in fridge until ready to use. Pound out 2 sirloin steaks to about 1cm thick. Rub minced garlic on both sides; season. On one side of each steak, layer onions, 2 slices provolone cheese, crumbled blue cheese and 1/2c spinach. Roll up steaks; secure with kitchen string. Heat a little butter or olive oil in pan; sear steaks on all sides, finishing with seam side up. Place in oven; bake 20-25mins or until cooked as desired. Rest 5-10mins before slicing.

BEAUTIFUL ONE DAY...PERFECT THE NEXT.... 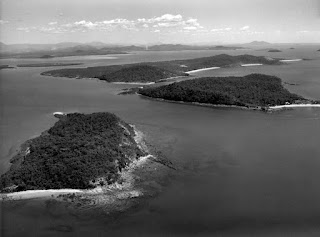 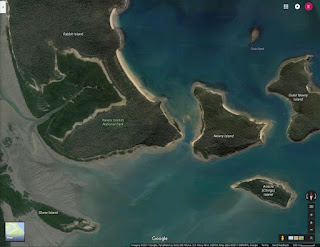 Another tale from my Newry Island adventure...tenure....

As well as resort guests who had taken up residence in the resort's cabins dotted along the foreshore, a few day-trippers arrived each day over Easter weekend, setting up their own picnics on the beach or at the tables under the trees.

Fishermen, professional and amateur, came and went after a couple of cleansing, refreshing cold ales at the bar.

The island was alive with happy, trouble-free holidaymakers. That is, until Easter Sunday night when a “tinnie” (small row boat) bearing four, drunken, young “fishermen” arrived. I’d never set eyes on them before...or after, for that matter.  I use the description “fishermen” very loosely.

Noisily announcing their arrival, they staggered up to the bar area around 9.30pm demanding drinks and food.

Politely, but in no uncertain terms, with my meaning clearing enunciated, I told them I thought they had had enough to drink by the looks and sounds of them.

I wasn’t happy about having to feed them. There was no way I was going to cook them a meal at that hour of the night.

By the time the invaders arrived, I'd already prepared and fed my island guests, having fired up the barbecue earlier in the evening.

The guests, mainly families with young children were enjoying the rest of their evening sitting around a fire they’d built on the beach out from where the cabins were situated.

The rowdy infiltrators demanded something to eat.

“All I have left are meat pies. If you don’t mind waiting a little while, I will heat them up for you,” I said.  “However, I’m telling you this…if I see the pies again…you guys will be cleaning up the mess, not me!”

I didn’t need a crystal ball to know I would “see” the pies again!

Of course, I was right in my assumption!  I handed the young fellows the hose and made them clean down the deck where the regurgitated pies covered the concrete.

When they finished cleaning up their mess, I asked them to leave the island.

Upon noticing the fire up along the beach, the renegades informed me they were going to join the guests.

“No, you’re not!” I said firmly. “They’re my paying guests enjoying time with their children. They’re entitled to their privacy. You will not go up there. You’ll get into your boat, and go back to wherever you came from! You will leave them alone! Now, get going!”

They mumbled as they staggered down the beach towards their boat. I watched from the deck as they manoeuvred their way through the she-oaks and palm trees on the foreshore.  When they'd reached the centre of the beach, they veered right – off in the direction of the fire and my guests.

Letting out a growl, I hurried after the pests, catching up with them just as they were approaching my resort guests. By then, I was pretty angry...I'd already been angry by their ignorant behaviour, but seeing the heading towards my guests, my ire rose to a burning high!

I caught up with them, and steered them about face.  I marched the unruly pack back along the beach in the direction from which they'd come  They didn’t notice I was walking at an angle, forcing them closer and closer to the water’s edge with each wobbling step they took.

They were too busy cursing me to notice.  Far too occupied calling me every name they could muster than to notice with each step they took they were getting into ankle-deep water.

My feet remained out of the ocean, and dry.

“Stop wasting your breath! I’ve heard it all before.” Was my non-interested reaction to their abusive spewing. “Say what you wish, but you are not staying here!”

Continuing their diatribe, one of them blurted out for me to take care of a particular portion of his anatomy that sometimes has a name akin to a certain member of the poultry family.

As quick as a flash, without thought, I retaliated with a very apt, but subtle reply, which embarrassed him in front of his mates.

After my rather clever, quick riposte, not another word was uttered by any of them.

Like meek, little lambs, or embarrassed little boys, they stumbled into their boat, and headed back out to sea.

If they were stupid enough to travel at night in their little “tinnie” in the state they were in, I wasn’t going to be responsible for their welfare.

They regained their false bravado the further they travelled from the shore. Their infantile verbal abuse re-commenced.

Around and around like the idiots they were, they circled one of the trawlers anchored out in the channel between Newry and Outer Newry Island, shouting and yahooing like yobbos.

One of the guests joined me at the water’s edge. Geoff, a trawler-man who was staying in a cabin with his family over the Easter weekend agreed with me in the hope “Rollo”, a fellow professional fisherman who never set foot on the island, but always anchored out in the channel before he sailed into Mackay Harbour, would wake up.

“Rollo”, like all skippers of trawlers, carried shot-guns on board.

Oh! How we wished “Rollo” would wake up!

I reckon those four fellows shouting abuse would have sobered up pretty damn quickly, and high-tailed it out of there before they could call out for their mothers, if "Rollo" had fired off a few shots in the air...or water.

We did hear a deep voice in the distance...so I think "Rollo" have them fair warning!

I joined my guests around the fire after the rude, unwanted disruption.

The women informed me they’d told their husbands to give me a hand.

Their husbands all said, “Naah…Lee’ll be okay…she’ll be right! She’ll take care of them!”

They would have been there for me if I had needed them, but I preferred to personally handle situations, when or if they arose.

From the direction my inebriated, bad-mannered, uninvited, unwelcome visitors had headed out to sea, I think they probably ended up on the west coast of South America!