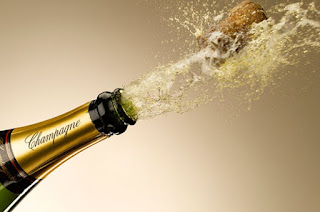 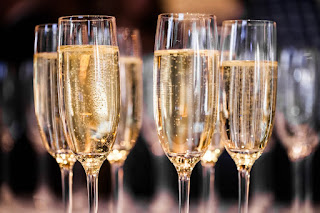 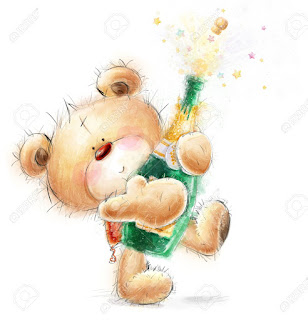 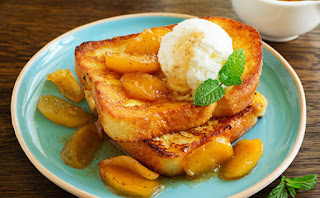 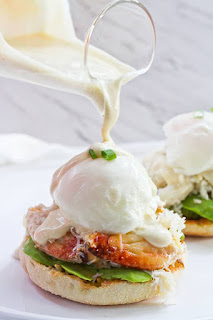 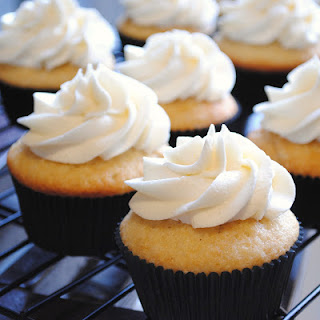 Referring to our Aussie bubbly or sparkling wine as “Champagne” is an erreur.   However, if we insist on the name calling (as we do), doing so doesn’t mean we’re a snob - just a stirrer.

Our plebeian habit does upset the pedantic French, though.  To be fair, in their defence, it is their right (legal right) to feel a little put-out, and give us a spray.   With years of practice, we’ve become pretty adept at ducking....it it runs off our backs easily.

Of course, we all know...or should know....Champagne is produced within the province of Champagne in the north-eastern part of France.

If we Aussies produced a special wine at Tin Can Bay we’d call it “Tin Can Bay”, and be protective of its name, wouldn’t we?  Of course we would!

The French aren’t the only ones defensive of their wine names, ma chérie amour.
.
The Portuguese also believe they have the right to acordar com os pés de fora (wake up in a bad mood/be grumpy), or be estar com o azeites (be angry) if we call port, “port”.  The folk of Portugal think ter muita lata (we have a lot of nerve) to do so.

What are we supposed to call it – “suitcase”?

As for sherry, the Spanish, if they grabbed a hold, would probably toss us into a bull ring or into the streets of Pamplona ahead of the Running of the Bulls if they caught us referring to sherry as “sherry”.  Again, to we Aussies it’s como el que oye llover (It’s like water off a duck’s back) – sherry it shall remain.

I’m whining, I suppose, but the Europeans get pretty toey about our irreverence.
The Italians jumped on the wine wagon, just to prove the point, I think.  For reasons known only to them they decided to change the name of the Prosecco grape to “Glera”.

That’s la goccia che ha fatto traboccare il vaso (the straw that broke the camel’s back)!
Porca miseria  (Damn it!)  It’s impossible to keep up!  I need a drink!

Deleted from our Aussie vocabulary, or supposed to be, are the following: - Burgundy, Chablis, Graves, Manzanilla, Marsala, Moselle, Sauterne, White Burgundy, to name a few.  Amontillado – no, it’s not an armoured anteater - is on the banned list, too.

Since when have we been known to do as we are told?

Inviting friends over for a Champagne Breakfast was a popular way to waste a day back in the 70s and early 80s.  Such en vogue les rassemblements (in vogue gatherings) were barrels of fun.

Importantly, one had to ensure there was enough food hidden in the fridge to cover lunch because some folk never knew when to leave.  There were some guests who were welcome to linger longer; and then, of course, there were some you wish you’d not invited in the first place.

“Bubbly Breakfast” or “Sparkling Wine Breakfast” doesn’t sound as effervescent, frivolous or inviting as “Champagne Breakfast”, to my way of thinking.

For my breakfast these days I start off with a glass or two of water; then I juice oranges au naturel (the fruit, not me); munch on a bowl of muesli, or chomp on toast heaped high with avocado, followed by a mug of comforting coffee to fill any gaps that may remain.

Being the boring old whatsit I’ve become, there’s not a glass of Champagne or bubbly within easy reach or sight.

The three bottles of Champers I’d had hidden in my fridge I gave away to a good friend a few weeks ago.  Someone may as well get some good use out of them!   I can always buy another bottle or two, if or when I get the urge.  I never seem to get the urge these days.

Crabby Benedict: Cut English muffin in half; toast each half.  Poach 2 eggs, 3-5mins. When cooked, place on paper towels to remove excess water.  Make yoghurt sauce – 1/2c yoghurt, 2tbs Dijon mustard, 2tsp lemon juice; season to taste. On one half of muffin, layer slices of avocado, cooked crab meat; repeat with other muffin half, avocado and crab.  Add a spoonful of yoghurt sauce; top each stack with a poached egg; top with more sauce. Garnish with chopped shallot.