A CLOAK OF MANY COLOURS 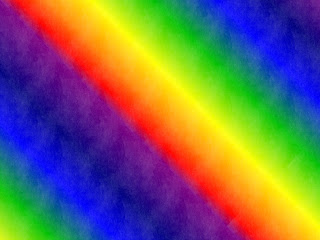 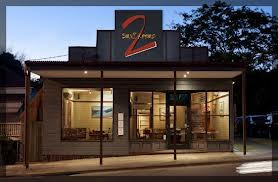 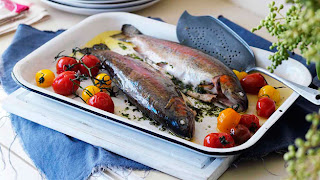 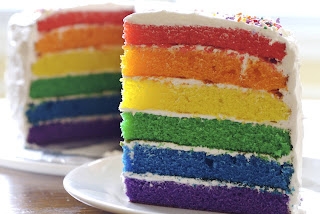 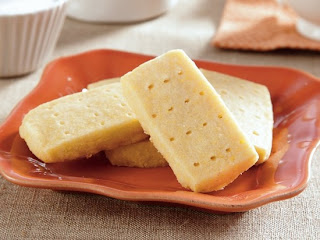 Some feel the need to embellish their past. I have neither the desire nor the need to do so as far as my own is concerned. My past is embroidered by myriad threads of multiple tones; more colours than a thousand assembled rainbows; or Joseph's multi-hued cloak, even.

Ninety-nine percent of the time, I’m a “black and white” person, but my hair lets me down. Nowadays, it adds more than fifty shades of grey to the mix. It’s a bit rich, I know, but I’ll call my present hair colour “silver”.

My life’s palette consists of more greens than vast verdant vistas; from forest to apple green, inter-weaved with all variants in between; reds from amaranth to wine entwine with cerise, crimson and vermillion. Variations of violet, purple and puce mingle with more than a few blue hues. My personal colour wheel abounds in sunny lemon, mellow yellow and chartreuse; included in the range, an intense diversity of enthusiastic orange. I’ve more than enough diverse aspects to keep me occupied and amused; and others, bemused!

The grandiosity of my description could be considered a contradiction to my stating I have no need to embellish; but, if you think about it, it is clarification no such superfluous adornment is necessary when the truth itself is its own kaleidoscope. The danger of being caught out spinning a fanciful, colourful yarn constantly lurks within dappled shadows. Therefore, it’s more attractive to remain true to you. yourself; or in my case, me to myself; and to the truth. Tell the facts as they are; by doing so, one's integrity is retained; and one's believability.

It was my first day in a new job; in a new town. I had lived and worked in Collinsville previously when I was chef/manager at the Mess that catered for the coal miners; not only in the filling of their bellies, but also managing their accommodation requirements. As I've mentioned in previous posts, I was then employed by Morris Catering. So, in truth, Collinsville wasn't "new" to me; I was revisiting ground previously trodden.

I'd left Collinsville for a few months, relocating to Townsville, but for whatever reason, I was drawn back to the coal-mining town by a job offer to become chef in the kitchen of the Collinsville Town and Country Hotel-Motel. Perhaps I felt I had unfinished business in Collinsville...who knows? I do know that I had a lot of fun times in that little town.

Arriving at my new workplace at the predetermined time, the departing chef and I chatted casually as he showed me the ropes of the kitchen.

As we set up our mise en place (preparing the night's menu requirements), he asked questions about my past experiences...restaurant experiences, that is!

I regaled a lengthy, humorous tale about a crazy Saturday evening almost 20 years previously that occurred at a Brisbane restaurant in which I was working part-time in the mid-Seventies. "Scaramouche" was its name; a French-style restaurant in a magnificent, historical old building on the corner of Turbot Street and Coronation Drive. "Scaramouche" was the "In" restaurant during the time I worked there. It was owned and run by Peter Fluckiger, later to become Peter Hackworth. Peter, during the early days of "Scaramouche", also owned another restaurant, "Manouche", situated on Milton Road, Toowong. She was and still is a legend in Brisbane's restaurant industry. Manouche is French for "Gypsy". The restaurant then became known as "Two Small Rooms". However, sadly, after operating for 20 years under that name, it closed its doors for the final time in March this year...2013.

Peter (female - her mother had believed she was going to have a son, and when a daughter appeared on the scene, the mother decided to stick with the name she'd chosen, as well as the spelling of that name) married Colonel David Hackworth...the most highly decorated US soldier. Peter and David met through a mutual friend.

Sadly, David passed away, eight years ago, 4th May. He had returned to the US, the country of his birth, after he and Peter divorced.

David Hackworth was an outstanding man. I will always be grateful that I was fortunate enough to get to know him. He was fun to know; but he wouldn't have been fun to cross!

He had spent much of his R & R here when he was in Vietnam. After David quit the US Army during the Vietnam campaign, he decided to settle in Australia. He'd begun questioning the US involvement in Vietnam; he lost belief in the war; arriving at the belief the US shouldn't be there. David had been a career soldier, like his father before him and his father's father before him. David and I shared the same birth date...but all of this is another lengthy story for another time; not today.

In the meantime, a little bit of interesting trivia to whet your appetites: Two of the major roles in Coppola's "Apocalypse Now" - Martin Sheen's Captain Willard. and Marlon Brando's Colonel Kurtz were based on David Hackworth.

Now that I've given you a bit of background...the chef in the kitchen of Collinsville's Town & Country Hotel-Motel listened without interruption (an unusual phenomenon in itself) until I completed my story.

Standing side by side at the vast commercial 8-burner gas range, he turned to me.

A smile spread across his face as he declared; “I know that story! I remember it well!”

“Really! How on earth...?” I exclaimed in disbelief.

“That story spread throughout the trade – restaurant to restaurant. It became part of the Brisbane’s restaurant folklore!” He laughingly replied.

Dumbfounded, I stared at him.

He and I were strangers. We’d met for the first time only a couple of hours before; and yet, he was familiar with the story I’d just described in detail.

He left town the next day. We never met again. I hadn’t exaggerated nor had I gilded the night’s events in any way. I related it as it had unfolded.

After the chef’s reaction, my belief that embellishment isn’t necessary was consolidated.

Because I’ve probably already taken up more than enough of your precious time, I’ll tell you the story I told my newly-met co-worker another day...another story to be related on another day, along with the one about David Hackworth; or perhaps I'll separate the two to be told on separate days!

Blame my grey matter if I forget to do so

Roasted Rainbow Trout: Preheat oven to 225C (205C - Fan). Get a hold of 4 whole rainbow trout, cleaned and gutted. Season trout inside and out with salt and pepper. Combine 90g unsalted butter, softened at room temperature, 1-1/2tsp chopped sage and 1-1/2tsp chopped flat-leaf parsley in a small bowl; blend until smooth. Divide mixture between trout cavities; then close. Brush a large baking dish with 1tbs extra-virgin olive oil. Arrange fish in one layer; pour over 1/2 cup dry white wine. Bake fish, 10mins, adding another 1/2 cup of the wine after 5mins. Drain liquid into a saucepan; tent trout with foil to keep warm. Pour about 1/4 cup of wine into saucepan; stir over high heat until mixture reduces and emulsifies. Transfer fish to heated plates; pour sauce over the trout. Meanwhile, place 500g red and yellow cherry tomatoes on the vine in a lightly-oiled baking dish; season; drizzle with oil. Bake 10mins or until tomatoes start to burst. Serve with the trout.

Addendum: For many years I lived just around the corner from the original "Manouche". Before it became the restaurant it was a second-hand furniture store. I purchased an old Bentwood chair there that I had for years. The original building was a little, quaint old weatherboard shop, built in the early to mid-1900's, I imagine. When Peter turned it into a restaurant the outer facade remained as it had been throughout its early years...and the interior dining area was just one room for dining and the restaurant's kitchen was at the rear left-hand side of the premises, looking at it from the street. "Manouche" had a warm, intimate feeling about it...it wasn't wide open like shown in the picture after it had morphed into "Two Small Rooms".
Posted by Lee at 7:47 PM