AND THE BAND PLAYED “WALTZING MATILDA”….. 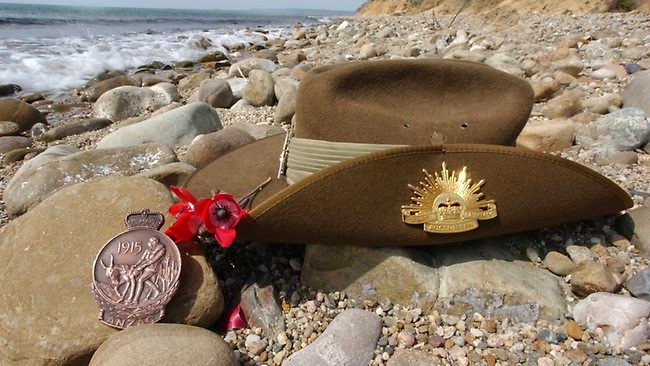 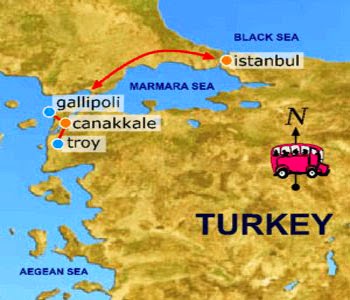 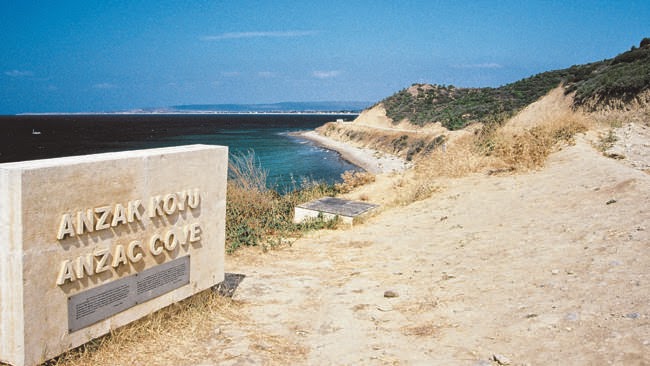 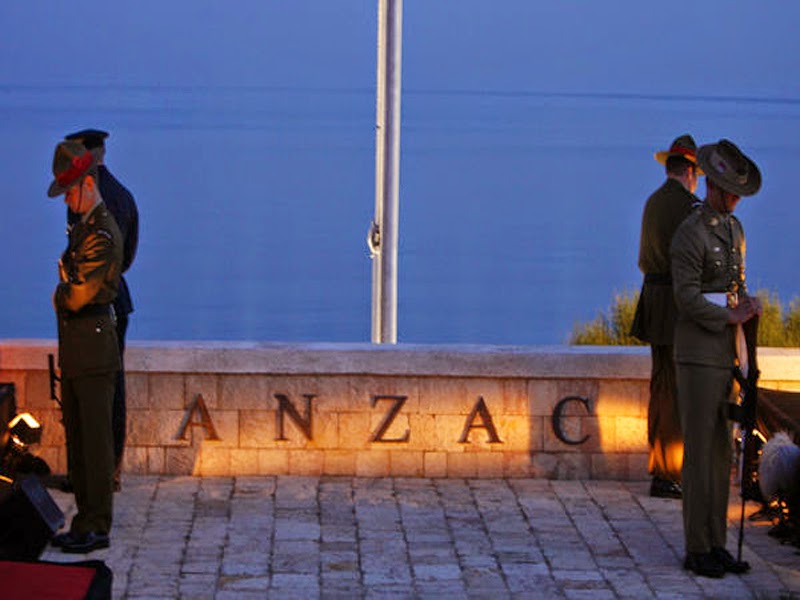 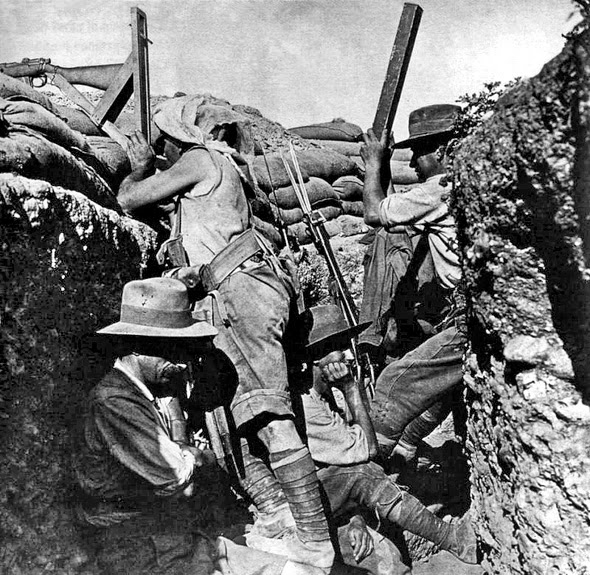 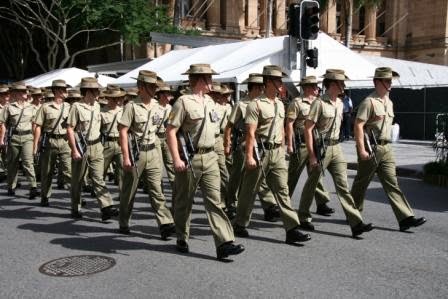 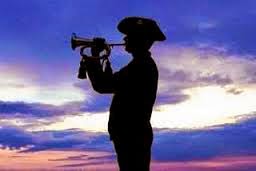 Abraham Lincoln reportedly said: “I destroy my enemy when I make him my friend”.

Obviously, Lincoln, too, was a dreamer. It would be a better world by far if enemies became friends.

Anzac Day is Friday, 25th April; the day set aside in honour of our fallen. Anzac Day commemorates Ausies and our Kiwi mates who served and died, side by side, in various conflicts and peacekeeping campaigns throughout the world, throughout the years.

Originally Anzac Day was to honour our Diggers who fought at Gallipoli in April, 1915.  Australia had only just become a nation 14 years before that disastrous landing.

At the time, Winston Churchill was the War Minister.  His plan to send in Allied forces to capture the Gallipoli Peninsula backfired dramatically and tragically.  What was originally meant to be a bold, quick strike against the Ottoman Army dragged on for eight, long months.

Sadly, the landing at Gallipoli, which was a major event in World War 1, was also a major military defeat for our Aussie and Kiwi troops, so many of whom were just young lads.

On 20th December, 1915, eight months after our Diggers landed on what is now known as “Anzac Cove”, our war-weary, defeated troops were evacuated.

From the moment they set foot on the narrow stretch of beach, with its impenetrable, rugged, unforgiving cliffs, our Australians and the New Zealanders were outnumbered; like sheep they were led to the slaughter.

Young Turks killing young Aussies and young Kiwis. It wasn't a game; it wasn't an adventure..it was a tragedy beyond belief....

Far too many young Australian and New Zealand lives were lost, wasted; too many young men were injured, doomed to carry the physical and mental scars for the rest of their lives.

7,594 Australian soldiers and 2,701 New Zealand soldiers lost their lives at Gallipoli. The figures are approximates.  Around 60,000 Aussies and 18,000 Kiwis were part of the larger force.

After the retreat from Gallipoli most of those who survived that bloody campaign went on to fight in the trenches on the Western Front.

The battles fought at the Western Front in France and Belgium – at Fromelles, the Somme, Bullecourt, Messines, Passchendaele and Villers-Bretonneux are remembered to this day, not only here in Australia, but by the French and the Belgians.  The Aussies and the Kiwis are still regarded highly by the people in those areas.  Our courageous, legendary soldiers have not been forgotten.

Sadly, the battles didn’t end at Gallipoli or the Western Front. Battlefields, unfortunately, are still a constant in our lives. Will the world forever be haunted by wars?

Lessons are never learned; wars continue.  Humans are very slow, inept learners. In fact, humans are incapable of learning from their actions; their mistakes.

We must never forget our brave men and women who have witnessed despicable atrocities; those who return home only to then have to face another almighty battle. Faced with an intangible war wherein the battle continues to rage uncontrollably as they fight inner demons visible only to them; relentless, covert tormenters obsessively pervading night and day, allowing them no respite; no peace.  Confused and helpless, loved ones look on; in too many instances knowing not what to do.

We should never discount the damage done. We must do everything within our power to help these brave, tortured souls be well again.

When there are some in this world who are so ignorant and insensitive to deny the Holocaust ever happened, what chance does peace have?

And that’s only one example! In a perfect world not even one example would exist.

Dorothy looked quizzically at her Aunt Em when she was told by her aunt to find a place where she, Dorothy wouldn’t get into any trouble.

With Toto at her side, Dorothy asked ever-loyal Toto if there was such a place -

Man’s inhumanity to man goes on; it’s never-ending. Nothing changes; it just relocates from one area to another, taking with it its baggage of hate, prejudice and stupidity. In the meanwhile, lives are lost; others wrecked forever. Loved ones are left behind to grieve; children left without a parent.

“If the human race wishes to have a prolonged and indefinite period of material prosperity they have only got to behave in a peaceful and helpful way toward one another”.

I dare to add my version:

“If the human race wishes to have a prolonged and indefinite period of material, emotional, moral, honorable prosperity etc;  a society, a world free of hate and prejudice… may humans one day have the courage to sit and listen, rather than stand and fight; may they take time to listen to the words of others; to hear and understand the words, rather than be fascinated by the sound of their own voices.”

ANZAC Day does not glorify war in anyway.

ANZAC Day reminds us of the horrors of war; of the never-ending folly of man.

ANZAC Day honours the memory of our men and women of the Armed Forces….past and present.

ANZAC Day is in respect of those who gave their all....


A toast to the Aussies and the Kiwis….