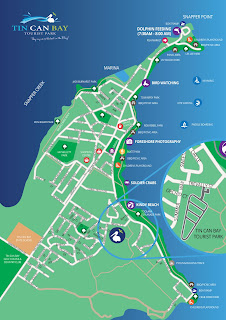 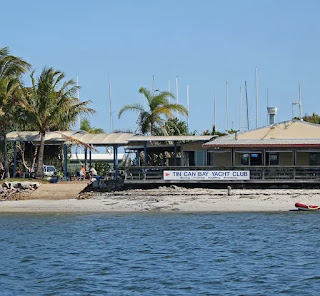 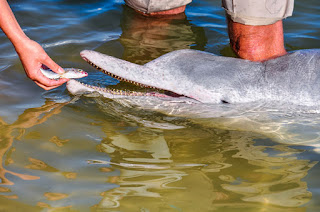 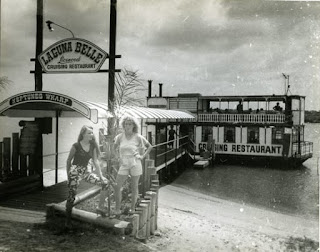 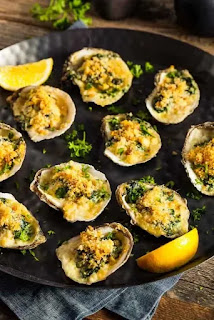 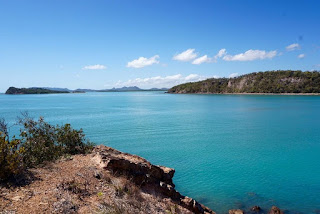 Shucks!  They were shucking good times, even though I was fodder for the sandflies which flew around in frenzied joy when they saw me coming, and even though I suffered skinned knuckles and cut fingers the end results were always worth it, or so I kept telling myself.  Much convincing was needed at first.  Not wanting to suffer any more mishaps than could be avoided, after much on-the-job practice, I learnt, the hard way...by trial and error...blood, sweat and tears notwithstanding.

How to shuck oysters causing as little harm as possible was the hard lesson being taught by our Nana who coached my brother, Graham and me in the art of shucking oysters without spilling too much blood.  Shucks!  What a battle...however, in the long run, the feeds we had of fresh, fat, juicy oysters after the mayhem were well worth the trouble.

The delectable molluscs, also helped ease the annoying itching from the sandfly bites covering my body and scalp, if only temporarily during the time spent devouring the delicious oysters.

To successfully and safely shuck an oyster, without stabbing yourself, takes patience and diligent care.  Elusive patience was the hardest to achieve, I think, as we wandered ankle to knee-deep in the waters surrounding the rocks bearing the oysters.

Often when I was a little kid, along with my brother, mother and grandmother, I’d hop aboard a bus, and off we’d go to Tin Can Bay, the small coastal town approximately 53 kms north-east of Gympie.

The road to and fro the Bay in the Thrifty Fifties was pretty rough and ready, as was Tin Can Bay’s accommodation.  Electricity was a luxury.  The rental shacks in which we stayed mostly had corrugated iron, or fibro outer walls.  Hurricane lamps and candles supplied lighting; of necessity, not necessarily of choice.  Out in the yard to keep the dreaded mozzies and sandies at bay at the Bay were 44-gallon drums filled with smoldering cow manure.  The “aroma” filled the night air, smothering all else.

So precious were our oyster knives they could very well have been coated in gold.  The wooden-handled little weapons showed me no mercy. Nevertheless, my brother and I were told to guard them with our lives because they had belonged to our late grandfather.

When I lived and worked back in Gympie from 1998 to 2002 prior to coming here to the mountain, often on my day off...Sunday...I'd visit Tin Can Bay to enjoy a tranquil breakfast at the small yacht club as I soaked in the calming ambience of the area.

These days, feeding the friendly dolphins, regular visitors to the nearby waters, is a popular pastime.

The last time I had a good feed of oysters straight out of the salty ocean waters, off the rocks, was when I managed the humble resort on Newry Island.  The resort no longer exists, but both Newry and Outer Newry Islands remain standing.

I was at the water’s edge one day, minding my own business, when, under an azure sky, out of the blue from across in the channel between the two islands, a couple arrived by yacht.

To my surprise, as they drew nearer to me in their tender, they called out my name.

Proving once again, a small world it truly is, they were originally from Tewantin.  They owned a hardware store in Tewantin. Their daughter, years before, had been one of our waitresses at “The Laguna Belle”, the restaurant my now late ex-husband and I then managed.  “The Laguna Belle”, which I written about previously, was dockside on the Noosa River at Noosaville during the week; on Friday and Saturday nights, and Sunday lunch times, we cruised to the upper reaches of the Noosa River.

The couple immediately recognised my name.  The rest, as they say, was ‘history’.

During their visit to Newry Island, they collected a bounty of oysters from Outer Newry Island, which was on the opposite side of the channel to my island home.

After a few hours shucking the oysters, a feast was enjoyed that evening.

Some remained au naturel (the oysters, that is); others joined the Kilpatrick clan, and others chose to stay in the half shell to be cooked on the barbecue plate.

Shucks!  In an oyster shell...it was one of the best...even if no pearls were found...no wisdom, either....