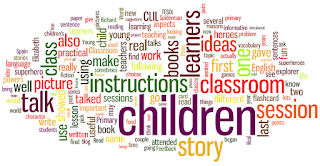 This meme was started by Delores a long time ago.  Computer issues led her to bow out for a while.  The meme was too much fun to let go, and now “Words for Wednesday” is provided by a number of people,  and has become a movable feast.

Each week we are given a choice of prompts, which can be words, phrases, music or an image.   What we do with those prompts is up to us:  a short story, prose, a song, a poem, or treating them with ignore...  We can use some, or all of the prompts.

This month...the month of June, is my turn to nudge you all into action.

Some of us put our creation in comments on the post, and others post on their own blog.

Those of us who participate would really like it if as many people as possible joined into this fun meme, which includes cheering on the other participants.

If you are posting on your own blog - let me know so that I, and all others who partake in the fun and games can come along and applaud.

As advised above, this month’s prompts will be supplied by me, Lee.
I’ve used this week’s words, the first for the month of June, for a personal purpose; one dear to my heart...in tribute to my late brother, Graham.

The reason I have done so is I had intentions, today, of writing a post about Graham...which is something I usually do at this time of each year...

This week’s “Words for Wednesday” are the six words listed below:-

My childhood years, shared with my late older brother, Graham, were frequently filled with moments of COMEDY, many of which were of his creation.

Beyond our control, too often those years were also darkened by drama.

That is Life.  Life is not always a bowl of cherries.  Life at times resembles the case of apples we’ve heard about...it sometimes unfairly tosses a bad one, or more, our way.

For one to truly ENGAGE in Life, one has to somehow learn to cope with, and overcome its varied challenging shades.

One moment Life is aglow with more colours than a RAINBOW, and then, with little or no warning it becomes engulfed by dark SHADOWS, and heavy burdens, both of which seem to be NEVER-ENDING; never diminishing.

His passing is a LOSS that will remain with me FOREVER and a day.

In other words, as long as I am alive, the memories I cherish...the good and the bad; the happy and the sad...will have a prominent, special place in my HEART - a permanent reservation.

A straight-shooter, one who didn’t suffer fools, Graham could, at times - oft times - come across as a gruff soul, but he had a SENSITIVE, EMOTIONAL side, too; one to which not many people were privy.

He was a man of CONTRADICTIONS.

Very few knew the deeper, sentimental side of his character; his softer side.  I was one of the fortunate few.

It is my belief, only two other people witnessed the "real Graham”. They were our mother and our grandmother - two women for whom he cared dearly.

From most others he hid the compassionate, tenderhearted side of himself.

Rarely did he lift the curtain, or open the door to allow, or welcome others in - to know and understand his true self.

I believe he thought, if he did so, it would show weakness in character.  I understand/understood his thinking.

Throughout our childhood we faced some tough times.  We witnessed events no child should ever have to deal with, or observe.

As time went by my brother felt it was his place to step up, and be the “man of the house”.  No child should feel they have to take on such responsibility.  It wasn’t asked of him, but he believed it was the correct thing for him to do.

An avid reader, some books, newspaper articles, the written word in its many guises, impacted him fervently.

His brain was not unlike a sponge, absorbing much.  His knowledge was wide and varied.

Graham had an ingrained love of music, of all genres. – a catholic taste, one which encompassed classical through to modern.

On Monday night, 21st November, 1994, he and I were enthralled members of the audience watching the LEGENDARY John Denver in concert, as he performed live at Townsville’s Entertainment Centre.

When Denver sang “Annie’s Song”, one of Graham’s favourite songs, both he and I, unashamedly, had tear-filled eyes.   John Denver was magnificent...his voice pure, strong and clear filled the auditorium...and our hearts.

After the concert Graham and I were fortunate, in that we had the unexpected opportunity to meet and talk with John Denver.

I was living and working in Townsville, North Queensland, at the time.  Graham lived in Mackay, a city a couple of hours' drive south of Townsville.  Having taken the Monday and Tuesday off work, he drove north to stay with me so we could attend the concert together.

When we arrived home, still feeling the thrill of the evening we'd experienced, we sat in my kitchen for a few hours, sipping on drinks, talking and listening to music - country, of course...including my collection of John Denver cassettes....of course.   We were feeling as high as the Rocky Mountain.

The concert; the highlight of meeting Denver, up close and personal; the hours Graham and I spent talking and laughing, perched on two kitchen stools, is an evening I will never forget.   Those hours shared remain precious, cherished, unforgettable hours.

There were times he and I fought like cat and dog, as siblings sometimes - often - do.

There were even times I didn’t like Graham; but I always loved him.

Through the years Graham often said to me: “When I die, I want you to play “Annie’s Song”...no hymns....just “Annie’s Song.”

He made me promise I would fulfill his wish.