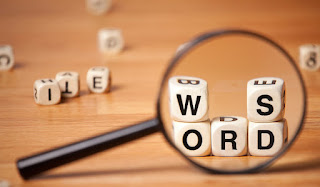 “Words for Wednesday” is provided by a number of people, on Wednesday of every week of each month.  The word fun has become a movable feast.


Each week we are given a choice of prompts, which can be words, phrases, music or an image.   What we do with those prompts is up to us:  a short story, prose, a song, a poem, or treating them with ignore...  We can use some, or all of the prompts.
This month...the month of June, is my turn to nudge you all into action.  You don't have to play if you do not wish to do so.

Some of us put our creation in comments' section on the post, and others post on their own blog.   Some do both.
Those of us who participate would really like it if as many people as possible joined into this fun meme, which includes cheering on the other participants.
If you are posting on your own blog - let me know so that I, and all others who partake in the fun and games can come along and applaud.

As advised above, this month’s prompts will be supplied by me, Lee.
This week’s “Words for Wednesday” are the six words listed below:

And here is my effort for using this week's words....

"Dan and Voni had faced a UPHILL battle from the beginning of their relationship.

Many others, without the benefit of the young couple’s PATIENCE and INSIGHT, would never have made it past the starting block, let alone to this sun-filled, cloudless day.

Dan and Voni’s inner FORTITUDE and FORBEARANCE wouldn’t allow them to give up at the first hurdle, or at the myriad barriers that followed.  Any curve balls tossed their way they tossed right back without hesitation.

During the first couple of years of their blossoming relationship continuous, debilitating UPHEAVAL surrounded them.  However, Dan and Voni refused to yield when and where lesser persons would have given up, thrown in the towel, and walked away...in opposite directions.

In those early years, Dan and Voni experienced enough of Life’s LESSONS to last them a lifetime – maybe two lifetimes.

Their inexhaustible love, respect for, and unbreakable faith in each other helped conquer all obstacles. With their strength of purpose and self-belief, they had no need to ENGAGE in any other STRATEGY.

The young couple’s ATTITUDE towards life, combined with their HUMILITY were the only weapons they needed..

Their detractors, if they had opened their eyes, disposed of their blinkers and prejudices, they, the detractors, the muckrakers, would have clearly seen that Dan and Voni would survive as a couple, unscathed - winners in the end.

A palpable glow of happiness radiated from them as they walked, hand in hand, beneath the CANOPY of blooming violet wisteria, after having finally made their marriage vows.

With a love so powerful, nothing and no one would ever try to come between them again."
Posted by Lee at 11:44 AM