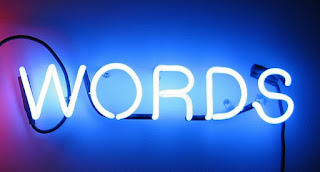 “Words for Wednesday” is provided by a number of people, on Wednesday of every week of each month.  The word fun has become a movable feast.

Each week we are given a choice of prompts, which can be words, phrases, music or an image.   What we do with those prompts is up to us:  a short story, prose, a song, a poem, or treating them with ignore...  We can use some, or all of the prompts.
This month...the month of June, is my turn to nudge you all into action.  You don't have to play if you do not wish to do so.

Some of us put our creation in comments' section on the post, and others post on their own blog.   Some do both.
Those of us who participate would really like it if as many people as possible joined into this fun meme, which includes cheering on the other participants.
If you are posting on your own blog - let me know so that I, and all others who partake in the fun and games can come along and applaud.

As advised above, this month’s prompts will be supplied by me, Lee.  Thank you for participating during June.
'WORDS FOR WEDNESDAY' DURING THE MONTH OF JULY WILL BE SUPPLIED BY -  VEST....OVER AT HIS BLOG -  "THE DAILY GAGGLE"....HE WILL MAKE YOU FEEL VERY WELCOME!
This week’s “Words for Wednesday” are the six words listed below:

With a great amount of difficulty, she had to control herself during the past week – take a few steps back, keeping her thoughts, and emotions, to herself.
Any AUDACIOUS behaviour on her part would have been akin to cutting off her nose to spite her face.

It wasn’t the first time she had felt that way.  She knew it wouldn’t be the last.

In conversations with her very best friend - the one person she trusted completely - what had been occurring around her over the past few days was the DOMINANT topic of their discourses. She tried not to burden her friend, so she kept phone conversations between them to a minimum.

However, there times when she needed a “soft place to fall”; the sympathetic ear of someone who understood her.

Her frustration and her anger built up by the day; by the hour.  Like Sally Bowles in “Cabaret”, she needed to vent.

The reason for her ANGST was the THOUGHTLESS attitude of some others who didn’t have the COURTESY to forewarn her, let alone keep her informed about what was going on, or admit the problem was caused by them - him, in particular.

It’s not the first time she’d become invisible.  Often, half-jokingly she would say she had the unique, clever knack of being able to do so.

What went on over the past week or so was not the first time she’d not fitted into their NARRATIVE - their understanding of life.  She felt CONFIDENT it wouldn’t be the last time.

MULTIPLE times her feelings have not been taken into account.  Their careless, inconsiderate attitude makes her feel she doesn’t exist.

Their outlook on life, and towards others, is vastly different to her own.

She finds their attitude towards her is PROVOCATIVE, to say the least.  It’s very vexing.
Frequently, she is forced to bite her tongue.
She dislikes hypocrites, but more so, she hates being a hypocrite, but when forced into a corner, she has little other choice.

In their eyes and way of thinking, she believes they look at her as the ULTIMATE CARICATURE of a human being.  It's not a pleasant feeling.

She knows she’s not imagining the UNDERCURRENT, the undertones beneath what is said to her at times...oft times, making her feel as if she is a second-class citizen.
She is not.

Empathy is not part of their vocabulary.  She doubts they know how to spell the word.  They live under the premise that they’re always right.