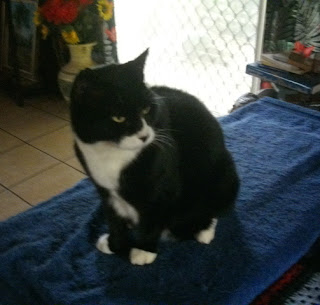 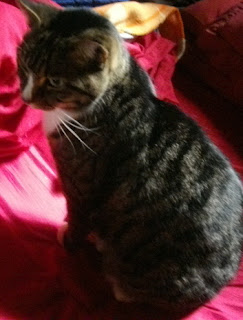 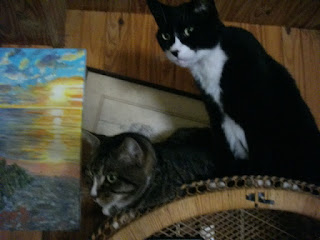 The hang-gliding area just around the corner and along the road a bit from where I live...why would I want to travel down to the hustle & bustle of the Gold Coast when I'm surround by such beauty and tranquility? 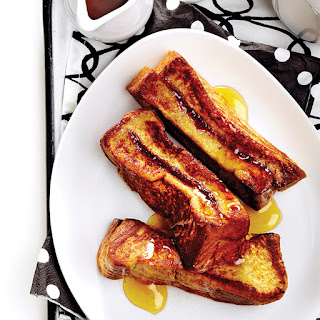 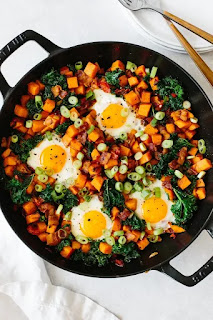 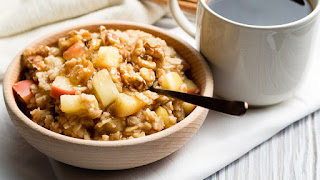 It was a chilly morning, and there I was, snuggled up in bed, warm and comfy, trying to ignore the emerging day, with no desire of stirring, or recognising its persistent presence.  My two furry bed mates were nestled as close to me as they could physically be. (In case you have the wrong idea...my two bed mates are furry, four-legged felines...not humans in the need of a shave.  Sometimes they do believe they are human, though!)

Hoping I wouldn’t move, both were content with my decision to remain in cosy repose. They would’ve been happy if we’d continued cuddled together for the rest of the day.

My mind was torn in two.  One side told me to remain in bed, warm and snug with my two mates; the other side was nagging, telling me I needed to go to the supermarket. A battle royale raged within.  Finally, the nagging side won.  I surrendered... much to the frustration of my two bedfellows who had been enjoying the pillow talk...or, should it be,  “pillow miaow”?

Normally I venture out to the newsagency and IGA as early as possible, arriving shortly after both have opened their doors.  And, that dear folks, with me being the hermit I am...the reclusive recluse by choice....is my wild social life....my weekly trip to “the shops”.    ‘Tis the way I like it.

One cannot help but think...no, believe...there are certain times when things happen for a reason...

Because of my reluctance to crawl out from the warm comfort of my bed that particular morning, I was more than a tad tardy. I hit the trail almost two hours later than usual.  At the newsagency Gavin, Jan and I shared a cheerful, nonsensical chat, accompanied with laughter, making it a lively start to my delayed outing.

From there onto IGA I went to stir up the always friendly, helpful staff.  The newagency is next door to the supermarket, with a small coffee shop in between...in the same complex.

At IGA’s fruit and vegetable section I ran into...almost literally...a lovely young woman from Canungra, a small town, to the west, a few kilometres away in the valley below.  The very nice young woman was blocking my path, and I, hers...so we struck up a friendly stand-off at the impasse. High Noon, it wasn’t.  A lengthy, sunny conversation ensued. She was a lovely person, and still is, I am sure.  It was a very pleasant meeting which was meant to be.  If I’d arrived to the store at my usual time we wouldn’t have met, which would’ve been my loss.

Further along the store, after chatting up a storm as I went (I really am not such a “gabby” person...really, I am not! But it was a morning filled with joyful attitudes and smiles)...at the far end of the supermarket I came across a most delightful couple...Sue and Bob, who are around the same age as I am.  We’d never met before.  Until then we’d probably never set eyes on each other.  They, of course, being married, had set eyes on each other before that morning. Sue, Bob and I enjoyed a fun, interesting conversation...the details of which I shan’t go into - suffice to say much laughter was shared.

At the check-out a further pleasant episode awaited me.

To my surprise, and hers, standing behind me at the check-out was Cathy, the kind person from whom, almost 19 years ago I adopted my two furry mates. Our paths hadn’t crossed since that very special day so long ago.  Hearing me tell the check-out lass the meat in my order was for my cats, not for me, and hearing my name mentioned, Cathy put two and two together. She took the punt I was the “Lee” who had visited her all those years ago.

I had seen a photo of two little kittens on the notice board outside the old, original IGA that is no longer in existence, and immediately popped into the nearest phone box to ring the number shown thereon.  I still have the photo stuck to the wall here behind my computer desk.  A few weeks before my dearly beloved Pushkin had died, and I was still heartbroken over his loss, but the sight of the two little kittens in that photo grabbed my heart.

I had intended getting only one kitten...the black and white male, who I christened “Remy”; he almost was named “Tuxedo”...”Tux” for short because it looks like he’s wearing a tuxedo. However, I was a sucker the moment the little tabby kitten sitting beside him, turned her little head towards me and looked me straight in the eye. How could I not adopt her, too?

Both Remy and Shama have been together all their lives, and, in mine, for 19 years come 13th December.

Cathy and I were thrilled our paths crossed that morning.  It was wonderful to meet her again, in person.  Once in a while, every other year, I phone, and speak with either her or her husband to let them know my two furry mates are happy and doing well, but, to my knowledge, we’ve never physically seen each other since that day so long ago.  Cathy and I wouldn’t have recognised each other.  It was only because one of the supermarket’s staff members called me by my name that she took notice, smiled and introduced herself to me.

We chatted up a happy storm, much to the amusement, and interest of the check-out lass.

Cathy told me Remy and Shama’s mother is still alive.  I think that is wonderful.  How pleased we were our paths had unexpectedly crossed.

Boy! Oh! Boy!  I sure had a story to tell my spoiled rascals when I arrived home...after they finished scolding me and inspecting my purchases, that is!

If I’d gone out at my usual time I wouldn’t have shared laughter with those folk I was fortunate to meet that morning a few weeks ago.

“One cannot help but think...no, believe...there are certain times when things happen for a reason...”

Winter French Toast: Make 4 sandwiches using 8 thick slices of soft bread (raisin/sultana bread if preferred), and about 1-1/2tbs jam for each. Spread jam to edges; cut each sandwich into 3 strips. Beat together 4 large eggs, 3/4c milk, 1tsp lemon rind and pinch of salt. Dip each strip into egg mixture to coat. Melt 1tbs butter in non-stick frying pan over med-heat. Working in batches, adding more butter as needed; fry strips 2mins per side or until golden. Sprinkle with icing sugar, or serve with maple syrup for dipping.