ARE WE THERE YET? NO…BUT WE’RE GETTING PRETTY CLOSE! 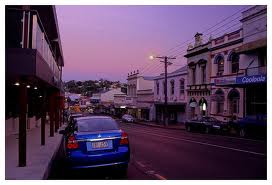 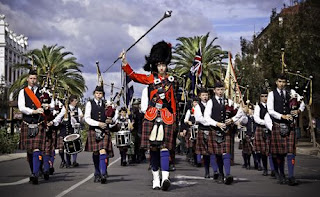 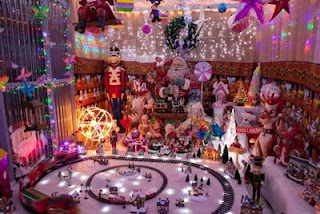 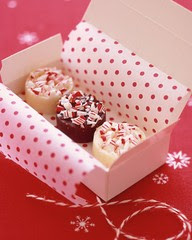 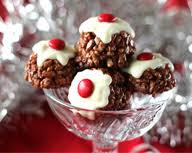 Here we are at the tail end of another rapidly retreating year.

Summer’s auditions have come to an end. It wasn’t a dead heat; the winner won free and clear. As expected, Summer won the lead role once again, and will perform solo for the next three months of December, January and February. Summer took over from its understudy, Spring. It’s obvious favoritism is in play because Summer wins this part every year.

Infinity illusions I may have held earlier in the year have been replaced by the reality of a fast-approaching Christmas.

To preface my following ramblings - Gympie was my home town; the town in which I grew up. In 1965, I donned my red shoes before setting forth along the Yellow Brick Road; off to explore other pastures and to experience life's mysterious adventures. I returned to Gympie in 1998; there I resided and worked for the ensuing four years. In 2002, I left the town a second time to set up camp on this mountain upon which I currently roam.

When we were kids the shop windows in Mary Street, Gympie’s main promenade by now would be decoratively-adorned in colourful, glistening Christmas themes.

Every Saturday night Nana, my brother, Graham and I went “down town” - “down town” because Gympie is a hilly town, and Mary Street is in a gully. It’s downhill every which way to get there; and, of course, uphill upon exit! Like clock-work, each Saturday night we would amble along the footpath following the Scots’ Caledonian Pipe Band as they played and marched down Mary Street before coming to a standstill in front of the “Park Gates”; formally (as opposed to “formerly”) known as “The Memorial Gates”.

In flawless formation, the local marching girls, attired in their jaunty outfits, marched in step to the pipers, the snare, bass and tenor drummers; the majorette with her head held high, deftly twirled her baton, never missing a beat.

A constant dream of mine was to be a marching girl when I “grew up”! It was just one of my many unfulfilled dreams; another was to be whisked away by Tony Curtis. I still suffer the trauma and disappointment from that dream never eventuating. Of course, now Tony has been replaced by George Clooney; or if I don my "Cougar" uniform, Robert Pattinson; but I won't go into that now...this is a family show!

Once the band ceased playing the marching girls packed away their batons and flags before they quickly dispersed into different directions; some to join their parents, and others, off to find their boyfriends for a bit of rock ‘n rolling – as in dancing; and, I presume, a bit of the other stuff, as well - but, I was too young to know about that kind of grown-up pastime!

With the music still ringing in our ears; newspaper-swaddled fish and chips in our hands and Nana nursing our cold drinks, we’d do an about-turn and wander back up the street; crisscrossing when necessary to do some very serious, in-depth window shopping. Window shopping was a major pastime in those days.

Various times throughout the year the stores held a competition – “spot the item in the window the particular shop didn’t normally sell”. Always a highlight, the competition often caused extra after-school browsing, as well! A bright spark decided it was a good idea to run the competition in the lead-up to Christmas! Camouflaged amongst the myriad colourful window decorations made finding a single furtive foreign object more difficult than usual; but the added difficulty heightened the excitement and fun; even if we ended up cross-eyed!

It didn’t matter how many times we wandered past the stores dressed in their Christmas glory; each time was like the first.

Lost in the window wonderland, we’d dream of Santa’s pending visit. And then, some heartless spoil sports told us Santa didn’t exist. I didn’t believe the tale they spun; I still don’t!