THE GIFT THAT KEEPS ON GIVING - IN A MANNER OF SPEAKING! 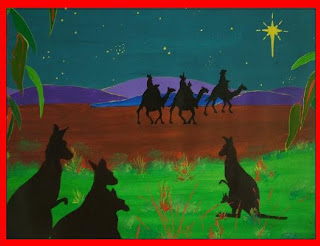 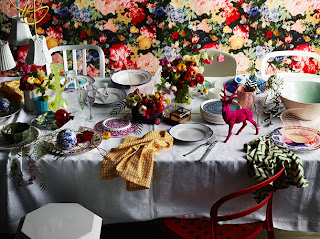 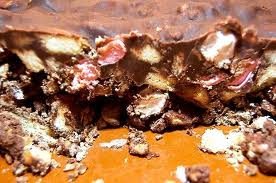 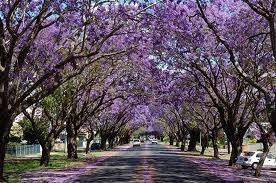 "Christmas where the gum trees grow,
There is no frost and there is no snow,
Christmas in Australia's hot -
Cold and frosty is what it's not!
When the bloom on the Jacaranda tree is here,
Christmas time is near."
—"Christmas Where the Gum Trees Grow", Australian Christmas carol


Being on the cusp of “the season to be jolly” has stirred reflections of my many Christmases past. The best gift I’ve ever received cost nothing. It remains fashionable (with me, anyway - in some quarters, unfortunately, it's gone out of fashion); and, the gift I was given so long ago has lasted throughout my life – to this point in time, at least. Hopefully, many kilometers remain in my tank – even if these days I’m a little slower in traversing the metaphorical highway! I've purposely lowered my acceleration rate because I'm not in a hurry to go anywhere these days; but I always increase the rate when I'm on my way back home. There is no need for concern!

Back to the gift...I admit there have been times I’ve unintentionally lapsed into complacency and overlooked the gift I was generously given when I was but a wee child. Hopefully such occasions are few and far between. For the times I’ve unconsciously slipped up, I consciously apologise – even though I can’t pinpoint to whom I extend my apologies, or why, when or where said indiscretions occurred. It’s a given, of course, that I’ve had my “moments” just like everyone!

By this stage in my post, I bet I’ve given you the gift of confusion!

The gift to which I refer is the gift of good manners; a gift handed to me by my mother and grandmother when I was very young.

It’s a bit like trying to rub your head while patting your stomach!

Elbows were banned from the table during eating. Permission had to be asked and given to leave the table; I was told I must never rise from the table until everyone had finished eating. At the end of a meal my knife and fork had to be placed closely together in the middle of the plate; never left askew or otherwise; looking like a dog's breakfast or a Chinese laundry on a Sunday morning!

Often, when I worked in restaurants, I purposely refrained from clearing away diners’ plates if they’d not correctly replaced their cutlery at the end of their meal. If they’d failed to do so, I’d ignore them for quite some time before finally attending to their needs; and then I’d purposely make a point of placing the knife and fork together into their rightful place; simultaneously feigning surprise: “Oh! I didn’t realise you’d finished eating!”

There are times the customer/diner isn’t right! Don’t be fooled into believing otherwise! It isn't so!

Reaching across the table was forbidden. If I needed something that was out of my reach, I had to ask politely for it to be passed to me; or, in some cases, say nothing at all, and just do without. I was taught to take what was nearest on the platter, even if it was the smallest and least enticing morsel! To covet and take possession of the largest, more delectable fairy cake etc., particularly if it was furthermost away on the serving plate was strongly discouraged!

I was taught never to interrupt when another was speaking; a feat extremely difficult to achieve at times if the speaker boringly drones on forever and a day! I do interrupt myself if I’m guilty of that offence; but that’s permitted!

A huge “no-no” was/is not putting the chair back upon leaving the table. To this day I notice there are so many people who fail to replace the chair with its seat politely placed under the table where it should be - and when this happens, I grumble and mumble away to myself...with no food in my mouth, of course!

And most important; to never blow one’s nose on the dinner napkin! Don't laugh...I've seen it done...unfortunately! Although you may be hankering for a handkerchief, the dinner napkin is not one - it’s not done - ever!

This Christmas give edible treats of your own making; have fun preserving and baking!