DON’T COME THE RAW PRAWN WITH ME! 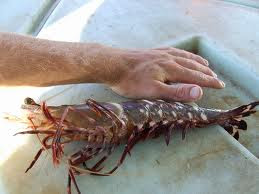 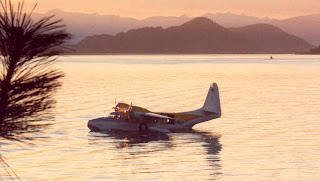 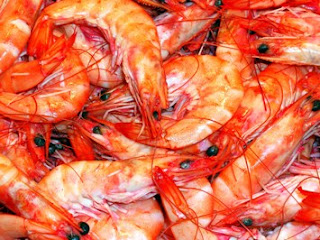 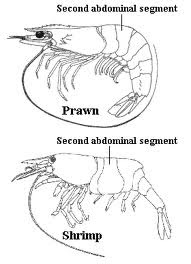 Some names have been changed to protect the innocent; and the not so-innocent. Mine remains unchanged; I’m both innocent and not innocent…depending whether I’m the one telling the story or not!

I write often about my time spent on both Hinchinbrook Island and Newry Island. I do so because I have many, many memories of those island days and nights; memories that are embedded in my mind and shall remain there forever…and, perhaps a day!

I love seafood of all varieties. And, of course, I adore our Aussie prawns. We have many varieties on offer; but one variety I’d never come across before I lived on Hinchinbrook Island was the Leader Prawn (shown in the first picture above). The first time I was given Leader Prawns by the skipper of one of the local trawlers that used to regularly visit the resort my mouth fell open in surprise! I think it remained that way for a few minutes! From the size of them, I thought they’d be tough and tasteless, but as it turned out, they weren’t.

When stocks were available, my chef usually put them on the lunch menu. Without fail, every time guests received one…yes…one…they, the prawns, became the main topic of conversations across the lunch tables; they were the centre of everyone’s attention.

One Leader prawn set in the middle of a pita bread surrounded by fresh salad was a more than generous meal. They were sweet, tender, juicy and tasty; their size not a deterrent in any way.

When on both islands I had regular access to abundant supplies of fresh fish and crustaceans – straight from the ocean - to the trawlers - to me – to my guests. I was in seafood heaven; as were my guests, the recipients of the liberal, delicious bounties. Guests who were lovers of seafood relished island meal times!

On Hinchinbrook Island (as it was on Newry Island) a casual, relaxed, friendly, helpful, no-nonsense-no-frills approach was how my staff and I operated the resort. In no time at all the guests, soon after arrival, fell victim to the natural, easy-going, mellow ambience that surrounded them. It was as if they had no control whatsoever over all things extraneous, or within, for that matter. They realised they were in a no-win situation and they gave up without a fight. However, they came out winners in the end.

Only twice was I confronted by guests harbouring negative attitudes while I was managing the resort on Hinchinbrook Island. I’ll relate those tales at a later date.

It was a balmy Sunday; the sea was azure blue, a reflection of the cloudless sky above. The seaplane, the Grumman Mallard, operated by Air Whitsunday landed upon the waters of Missionary Bay at its designated time of arrival, 1 pm. A new group of happy holiday-makers disembarked and were ferried to the island in the punt. As always when guests first arrived I sat with them over a cold or hot drink for a “Greet and Meet”. It was to assist them in feeling at ease, and to point out certain island habits, the habitat and to warn them about creatures that lived amongst the habitat! Once the “Greet and Meet” was over and done with the new arrivals were escorted to their cabins by members of my staff.

On the day of this story one of the new arrivals decided rather than go to his cabin he’d sit awhile at the resort’s bar to enjoy a cold beverage or two. I perched myself on the stool beside him to have a friendly chat with him.

Robert had barely taken his first sip of his drink when he turned to me with the following words:

“I’m a Melbourne lawyer. I drive a black BMW and I’m considered to be one of the most eligible bachelors in Melbourne.” And he was serious!

I hid the fact that his utterance had taken me aback; I didn’t flutter an eye lash at his disclosure.

Straight of face, I responded: “Is that a fact!” And I left it at that.

Do I really need to describe what my thoughts were at that moment? Needless to say, amongst the descriptions going through my mind was “pompous, four-legged donkey with a hole”. Other thoughts weren’t quite as polite. I’m sure you can use your own imagination how I felt about Robert. My feelings about him were instantaneous! How strange!

After his first declaration, I immediately lost interest in his conversation, and in him; but I allowed him a few minutes more to boost his own ego; to inflate his own balloon and to puff out his feathers like a peacock on parade; and I let him continue with his futile attempts to impress me. He was too taken up with his own importance to notice that he’d not impressed me one iota. On the pretext I had pressing island matters that required my attention I extricated myself from his excruciating company.

“Make yourself comfortable, Robert…relax and enjoy your afternoon.” Smiling as I made my escape. “I’ll catch up with you later. John will look after you, won’t you, John?”

John, my barmen threw a knowing, glowing glance at me; he’d overheard Robert’s spin. I could see from John’s non-committal, yet all-too-knowing look, he felt similarly about Robert as I did. John was an brilliant barman. He had an excellent gift of reading people, which comes in handy if you’re a barman.

With a broad, sunny smile across his face, John replied; “Of course, Lee! Another drink, Robert?”

Early every evening, from around 6 pm - at times even earlier - guests congregated at the bar for pre-dinner drinks and conversation. They’d exchange stories about how they’d spent their day before they meandered to the dinner tables. Bookings to dine were never a “thing” in the restaurant. People sat wherever they liked; with whomever they felt like sharing their meal. Meal times on the island - breakfast, lunch and dinner - were more akin to dining in one’s home with friends rather than the formality of restaurant dining. And the island’s guests loved the attitude; they embraced it, willingly.

Dusk had fallen over the ocean. Robert strutted up to the bar, ready to take control. I was chatting with two guests whom I’d taken a liking to; a husband and wife who were probably in their mid-forties. They’d already been on the island for a few days. We’d become quite friendly during that time. They were decent, down-to-earth straight-shooters, both with a good sense of humour; my kind of people. Raising their eyebrows at me when they overhead something Robert had said to whatever poor unsuspecting soul he’d snared as his audience, I smiled and winked, giving them a knowing look. They understood.

When the “Most Eligible” took a breath, I grabbed my chance.

“Robert! Would you like to join my table for dinner tonight?”

His face lit up like a beacon on a hill. “That would be wonderful, Lee!” He answered, preening. “Thank you!”

“I’d like to introduce you to Jim and Bev…they’ll be my dinner guests, as well.”

I detected a fleeting moment of deflation in Robert’s demeanour, but it was only very fleeting; a mere wisp of a waft! It lasted only until he realised the population of his adoring gallery had increased from one - me…to three – and all within a blink of an eye! Three are better than one, by anyone’s calculation! Robert suffered not only from feelings of grandeur but from feelings of delusion, too!

It was a Sunday evening.

And, it was years before degustation menus became the word or food of the day. Long before degustation became a fashionable way to dine. That particular night the chef decided to present nine varied dishes to the diners; each course served at a leisurely pace, allowing diners’ time to graze over the individual meals; to allow time, also, for the enjoyment, not only of one’s dinner companions, but of the wine, too. Conversations and laughter flowed freely at each table and throughout the restaurant.

The third course was brought to the tables, along with finger bowls with slices of lemon floating therein; and bowls for scraps. On each plate, laid out on a bed of fresh, crisp green lettuce leaves were six large, succulent king prawns – fresh off a trawler that very day. The prawns were whole, unshelled; their juices intact.

With his plate set before him, Robert stared at it, perplexed. Squirming in his seat a little, the poor dear had no idea how to tackle the unshelled prawns. Meanwhile, everyone else in the restaurant was well underway in the dismantling of the crustaceans; some already groaning with pleasure from their first tastes of the prawns’ mouthwatering flavour.

Robert still couldn’t work out where to begin. Jim and Bev tossed a few glances at me as they tried to disguise their mirth. They almost succeeded, but not completely. The enjoyment of the situation in front of us showed clearly in their eyes and in the twitching of their lips. I did my best not to meet their eyes because I knew if I saw their merriment, I would collapse in laughter; and I didn’t want to be rude…not really!

“Here!” I said, taking Robert’s plate from him. “Let me show you how it’s done.”

I peeled all his prawns for him, and then handed back his plate.

Relieved, he smiled and thanked me for a job well done, admitting he had never in his life peeled a prawn!

Just when I thought all was well once more in the world...I discovered once again it is never wise to assume or, for that matter, presume.

Conversation at our table recommenced. I glanced at Robert.

He’d picked up his knife and fork; and there he was delicately dissecting a prawn; his “pinkie” duly cocked!

“Oh! For goodness sake, Robert! You don’t eat prawns that way! You don’t deserve these! ”

As far as I was concerned it was the moment the straw finally broke; it had snapped in two! Exasperated, I removed Robert’s plate and laid it on the table in front of me. I ate his prawns using my fingers!

Some times, some foods can only be; should only be eaten correctly by using one’s fingers…and those prawns and that instance was one of those instances!

The mood at the table was light-hearted; and remained so for the rest of the meal and evening.

I’m sure Robert had an epiphany that night. I think I shocked him into it!

From that moment on, he gradually changed. Day by day small changes in his demeanour became noticeable…not only by me, but others commented upon the phenomenon, too. By the time he left the island six days and nights later, Robert was a much humbler man; a far more pleasant person to deal with; and he’d managed to come back down to earth.

As he boarded the seaplane resting on the waters in Missionary Bay, he turned and thanked me for his time on the island, saying it was one of the best holidays he’d ever had, if not the best!

One could only hope when he arrived back in his home city of Melbourne; back to his black BMW and to all the fawning ladies, imaginary or otherwise, that he held onto his epiphany, and to all he learned while on Hinchinbrook Island!

I somehow doubt it, though; but, perhaps, in a little way his brief time spent on an island in Tropical North Queensland wasn’t in vain!