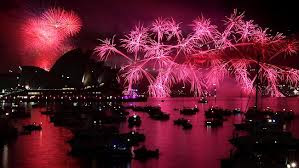 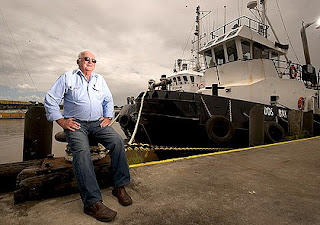 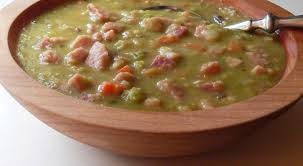 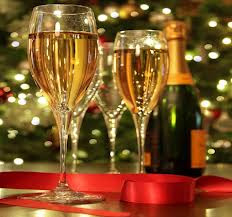 This time two years ago a tough little tugboat called “Mavis” was working hard and selflessly on the flooded Brisbane River.

Under the expert guidance of her skipper, reluctant hero Doug Hisplop, “Mavis” definitely proved her worthiness when bravely and without fuss against the ferocious force of the angry flood waters she shepherded the 300 metre, 1000 tonne errant slab of the Brisbane River walkway out of harm’s way. Wriggling her stern, she thumbed her bow at adversity! I’m sure she gave a cheeky wink! Doug and his tug; an image that will remain with me forever! And, if that wasn’t enough, our cocky little Miss “Mavis” replicated her fearlessness a couple of days later when she and Doug prevented another disaster from occurring!

Things were extraordinarily tough in Queensland over that Christmas-New Year period two years ago. Thousands upon thousands suffered unimaginable sorrow and loss. Hardships and shortages were familiar to every one of us for a long time thereafter; and more so and for a longer period for those directly affected. It was beyond anyone’s control. That’s Nature’s power. Thousands of acres of valuable crops were destroyed!

Replacements don’t grow overnight; something many among the general populace don’t understand. Herds of cattle; beef and dairy perished; likewise poultry, bee hives and much, much more!

Do I need to continue?

It takes a long time for our oft-overlooked “men on the land” and others to recover from devastating, destructive floods. But, you can always guarantee and bet your bottom dollar that they will get back up on their feet again after many, many long hours of hard work, blood, sweat and tears; but it takes TIME! If the Mayans had gotten it right, they wouldn’t have had any time!

“Knock! Knock! Who’s there? Mayan! Mayan who? Mayan be forgiven for giving out false information!”

I wonder where all those Doomsday believers are now! They’ve not been heard from since 22nd December. After they woke up to find that the world was intact they went quiet. It could be, of course, that they don’t know yet! They’re probably still bunkered down devouring all that food they’d squirreled away; a situation not unlike the one the rest of us find ourselves in with our Christmas-New Year left-overs!

It taking me ages to work my way through my half leg of ham; but my seafood on Christmas Day and Boxing Day was absolutely delicious, and so easily devoured with gusto and relish - not corn relish!

The ham is a chore; unfortunately, it’s far too salty. I’m very disappointed because it held such promise before I took my first mouthful; and it wasn’t cheap! In the end, I'm going to have to bite the bone and convert it into soup!

If it turns out the Mayans just got their date wrong, I’ll at least have enough soup to sup on throughout 2013 and beyond; or, at least until I learn the hunting and gathering game of our Neanderthal forefathers and mothers!

Reverting to Neanderthal habits has its good points because the adult brain of a “Nean” has been said to be larger than the modern human brain. I could do with some of that! You can stop nodding your heads in agreement; I’m sure we all could benefit from a bit more brain power, not just me!

Aristotle said once (he probably said it more than once): “One swallow does not a summer make, nor does one fine day.”

Well, I say: “One swallow does not a meal make; but it took many swallows to finish off that massive meal I made on New Year’s Eve!”

After my wanton indulgences, I think a year-long diet may be the rule; not one of pea and ham soup, though! (It's not a resolution...I already know I'd break it if it was...so what's the point in making it one?)

Valiantly, I continue to plough through my Christmas cake; but it's pleasant ploughing!

Normally, I don’t make New Year resolutions; making them, or even considering what ones to make is a waste of time, in my opinion; for me, anyway. However, if 2013 intends mirroring 2012, I think I might have to change my tune! Humans behaved badly last year; very badly; disgracefully disgusting in too many instances; and far too often.

I’ve been divorced twice; and I never imagined I’d step up for a third round, but I’m giving the thought serious consideration. If things continue travelling along the path they’ve been on over the past couple of years, I’m going to divorce myself from the human race with nary a backward glance or regret!

The advent of the New Year found me unable to get overly excited about the "mood of the moment" – i.e. – extending joyful expressions of "Happy New Year". My goodwill greetings felt forced; they had a certain ring of insincerity to them, I'm sorry to say. After all the horrific things that went on in 2012 in our own country and throughout the rest of the world, I found it very difficult to display gleeful expectations of good things ahead! I hope I'm proven wrong, over and over again!

However, after saying all of this, I am going to try my best to sow, reap and spread positivity throughout the coming year; and, in turn, bury every bit of negativity and cynicism I stumble across. I hope by doing so positivity spreads like a contagious, unstoppable virus!

May 2013 fulfill our hopes and dreams; and may only good things happen throughout the world…just for a change!

Wishful thinking, I know...but we have to start somewhere....

Pea and Ham Soup To Feed the Nation!


Grab your biggest pot. Chop a pile of onions, carrots, celery, parsnips, swedes (of the vegetable variety...not those inhabitants to Sweden); and, if you have a couple of turnips lurking about, chop them up, too; and toss the lot into the pot. Use your discretion...throw in what you like...not that noisy neighbour, of course!

Rinse a load of dried split peas, green and yellow, and some of the dried peas used for making "mushy peas"...throw them into the pot with the chopped vegetables.

If you find yourself more organised with forethought...you could soak the dried peas overnight; if no forethought was thoughten because of over-indulgence of Christmas and New Year's Eve cheer...it's no great disaster if you don't!

Go to your fridge and drag out the ham that you've grown sick the sight of; add it to the ingredients in that over-sized pot. Sprinkle over some thyme and marjoram; some pepper...no salt, because if you've got a very salty ham like I have, you'd be best advised to leave the salt alone until well into the cooking process...then you can taste and see if it needs any extra added; season to taste as it were or should be or is!

Cover the whole kaboodle with water (if you know your ham isn't too salty, you could add chicken stock instead of just the water...or, perhaps, half and half...no need to be too pedantic about the whole thing...it will turn out just fine).

Bring the whole catastrophe to a boil; then reduce the heat and let it simmer through to 2014...the dried peas should be nice a mushy by then!