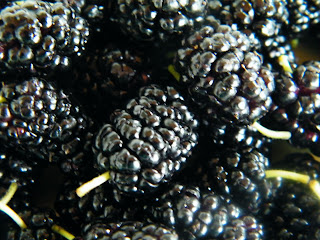 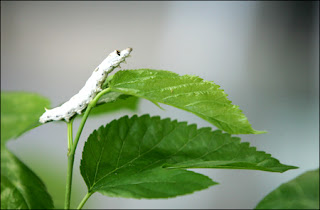 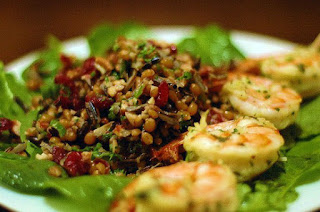 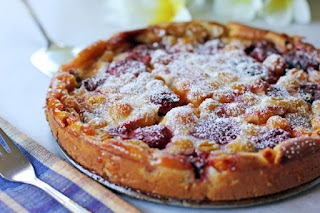 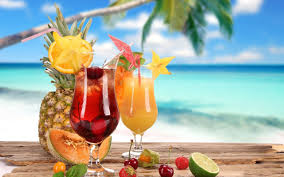 Many a mulberry tree was raided when we were kids, including our own.  When we’d stripped it bare of leaves and berries our relentless scavenging branched off to the rest of the mulberry trees in the neighbourhood.  After we’d feasted on mulberries until we’d had our fill; long after our mouths, lips, tongues and fingers had turned deep purple, almost black from the luscious juice of the berries, not to mention the mess we made of our clothes (but I did make mention of it), we made our way back home again to be greeted by some “tsk-tsking” from Nana or Mum; or both.

They never really scolded us, though.  To get into a mess was par for the course of being a kid, I guess.

I wonder if the stains ever did come out of our clothes.  Perhaps the tie-dyeing craze of the mid-Sixties/early Seventies originated from the messes caused by mulberry eating.

The reason we kids rid Gympie’s mulberry trees of their leaves was to feed our families of silkworms. Silkworms love mulberry leaves.  Just about every kid had silkworms in those days.  Much trading went on throughout the neighbourhoods.

Is the keeping of silkworms still popular with today’s kids (yesterday’s and last week’s, too)?

Not only were silkworms fun to nurture, but good use was made of shoe boxes.  Recycling began right there! Shoe boxes were never thrown away. They became houses and factories for our industrious silkworms.  The busy little Bombyx mori caterpillars needed somewhere safe to spin their silk.

We weren’t as enterprising. Instead of spinning yarns we should’ve turned the results of their efforts into fabric. Think of all silk blouses, dresses, shirts and ties we could’ve had! A choice opportunity slipped through our fingers.

Many years have passed by since I’ve had even a single gooseberry, let alone a gooseberry pie or tart.

I’ve never played at being a gooseberry, but I was an easy mark a few times in years long gone when someone often played “gooseberry”, ruining what could possibly have turned out fun times; and, maybe, a fine romance or two!

My brother, Graham was the chief (and only) perpetrator/someone.  Older brothers can be such a pain at times!

Expertly proficient at playing the game of “gooseberry” when I was a teenager, he extracted extreme pleasure from it.

Be assured, I blew raspberries at him behind his back, and a few more in his face! He didn’t completely get away with his underhand methods.

I often wish I’d be allowed a few “sliding door” moments to see the “what ifs”; but maybe it’s better I don’t know - because I might become berry blue!

We didn’t have strawberry fields forever, however, in a dedicated garden patch our mother grew strawberries.  Down on our haunches, Graham and I regularly feasted upon the berries straight from the plants. Our strawberry eating rarely caused staining to our clothes.  I doubt many, if any, of the berries made it up the stairs to the kitchen, but that wasn’t a bad thing.  We were never reprimanded for our grazing along the rows, as long as we didn’t step on the plants.  After much practice, we were experts in the field of strawberry-picking-eating.

A bit of trivia for you to store away – just in case - strawberries aren’t actually berries; pineapples are; tomatoes are berries, too; as are avocados.

On the subject of berries, my mother grew a pineapple once; a single pineapple.

After waiting forever for the crown to bear fruit (over two years), unfortunately, the sole pineapple finally ripened when Mum was on holidays, staying with me in my unit at Toowong, Brisbane. Nana, who’d remained behind in Slade Point (via Mackay) ate the long-awaited pineapple rather than let it go to waste. Having waited forever for her fruit to come into fruition Mum was not amused!  Nana did report to us how delicious the pineapple was.  Mum was still not amused! 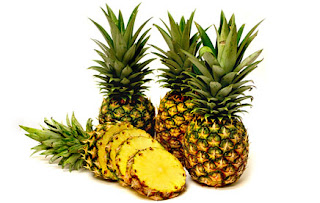 Berry Balls: Blend together until fine 1/2c oats, 1/4c each raw almonds and cashews; add 1tbs Acai berry powder, five fresh or frozen berries of choice; when mixture begins to clump together, add 1tbs each of goji berries, cranberries and raisins; mix with your hands; roll into balls; chill 45-90mins.

Pineapple Pudding: Process 55g chopped fresh pineapple until pureed. Scrap into a pan; add 2/3rd cup caster sugar; cook about 5mins until reduced by 1/3rd. Mixture should be thick but not as thick as preserves/jam; add a little water to thin it out, if necessary. Meanwhile, make caramel by placing 4tbs sugar in a heavy pan and cook to start to caramelize; shake pan, but do not stir. Remove from heat once sugar has dissolved and is golden brown. Carefully stir in 1tbs lime juice (it will splatter and spit…so there is no need for you to spit the dummy). Divide caramel between 6 ramekins. Preheat oven 180C. Lightly beat 4 eggs and stir into the cooled pineapple mixture; divide this mixture evenly among the ramekins. Place ramekins into a roasting pan; pour warm water into pan so that it comes halfway up the pan.  Bake 45mins, until set. Let cool, then invert ramekins onto dessert plates.
Posted by Lee at 6:42 PM