COMINGS AND GOINGS OF PUTTING THE BART BEFORE THE HORSE! 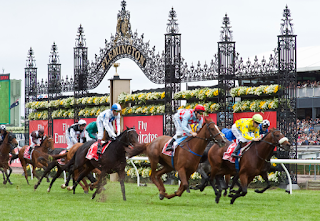 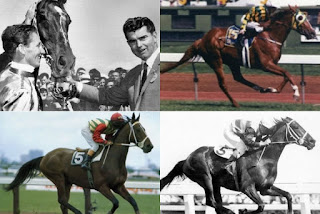 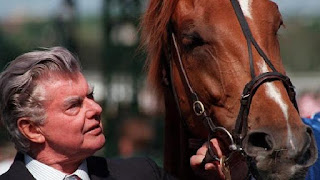 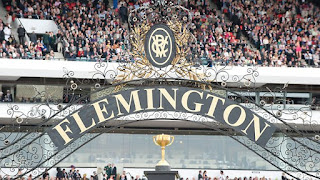 It’s that time of the year again – already!  I seem to be continually passing comment about how fast the years bolt by; but, strewth, I do not utter an untruth! Spring is well-sprung; even I have a hop in my hobble. This Saturday the Melbourne Cup Carnival is off and running with AAMI Victoria Derby Day. The following Saturday the fun culminates with Emirates Stakes Day as the 2015 Carnival gallops to a halt. It’ll be all over bar the thundering of hooves. Discarding their stilettos, reluctantly the ladies will hang up their finery, hats and fascinating fascinators.

I love this time of the year, and although the only horse race I have a bet on these days is the Melbourne Cup, I watch every race from the first race to the last throughout the Melbourne Spring Racing Carnival.


The Caulfield Cup, a Group One handicap event over 2400m is the second of the big Spring Cups and is a good lead-up to the prestigious Melbourne Cup.

Between the running of the Caulfield Cup, a three-day carnival, in October and the Melbourne Cup, which is always run on the first Tuesday in November, is the running of the Group One WS Cox  Plate hosted by the Moonee Valley racecourse.  The Cox Plate is run over the distance of 2040m, and is classed as the championship weight-for-age race.

The first Melbourne Cup was run in 1861; it was won by Archer.  The prize was 710 gold sovereigns (₤710), along with a hand-beaten gold watch. Archer won again the following year.

Before the Spring Carnival reaches its climax the highest point on the course, of course, is next Tuesday, Melbourne Cup Day.  The Melbourne Cup is run over 3200m (two miles).

This post may not interest some of you; and some of you may not have a clue what I'm writing about...but in an attempt to clarify - the words in "bold" are the names of past Melbourne Cup winners...and my post is in tribute to the late, great Bart Cummings who passed away on 30th August, 2015, aged 87.
The late, legendary Bart Cummings will be sadly missed from this year’s events. Bart was Viewed with Saintly respect. Held in high esteem, not only by those in horse racing circles, but by the general public, too, Bart will remain forever a national treasure.

Bart Cummings may not have trained Efficient, but he certainly performed efficiently throughout the years.  Bart was the favoured odds-on favourite trainer of favourites. Thousands were prepared to take the plunge when one of his horses was running.

Even though allergic to horses and hay, instead of saying What a Nuisance and cantering away, he was caught Red Handed; not from doing anything wrong, but from doing something Ethereal with horses in his care. Bart held the Might and Power of horse training by the reins. Rising Fast, he soon earned a well-deserved reputation, but not without more than Just a Dash of Hi Jinx along the way.

Bart wasn’t a Windbag. He did, however, subtly lord over a Comic Court. Not always Sirius, Bart was the Comedy King.  Quick-witted, in his well-stocked Arsenal he had a Catalogue packed with humorous quips. With a twinkle in his eyes, he loved letting loose a jocular riposte when least expected.

Bart’s life turned out to be more than a Gala Supreme.

The elder Statesman of thoroughbred racing, he was a Mentor to thousands. It was not all about The Victory with Bart.

His father Jim Cummings, an accomplished trainer, trained Comic Court, the winner of the 1950 Melbourne Cup.  As a lad Bart began as a strapper working for his dad. In 1953, aged 26, he received his trainer licence.

Bart’s father was born in Ireland.

There’s something horsey (not fishy) about the name “Cummings”.  My first husband’s surname is “Cummings”. Whoa! Shut the gate! Don’t go off on a wild horse chase! Use some stable thinking!  Apply some horse sense! Don’t ride off madly in all directions!  I didn’t do a Liz Taylor! By George! I’ve had only two husbands!

My first husband’s late brother, Kevin Cummings, taught top jockey Glen Boss how to ride horses.
Bart Cummings’ spirit will be at Flemington, not only on Cup Day, but throughout the Carnival - for years to come. Bart Cummings’ legacy and our memories of him will stay with us. A humble man, Bart was a legend in his own lifetime. His passing won’t diminish his light. 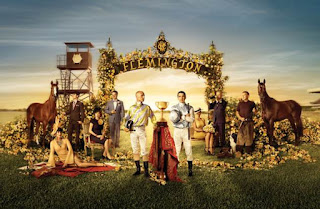